The Conclusion of Titanomachy

The Conclusion of Titanomachy 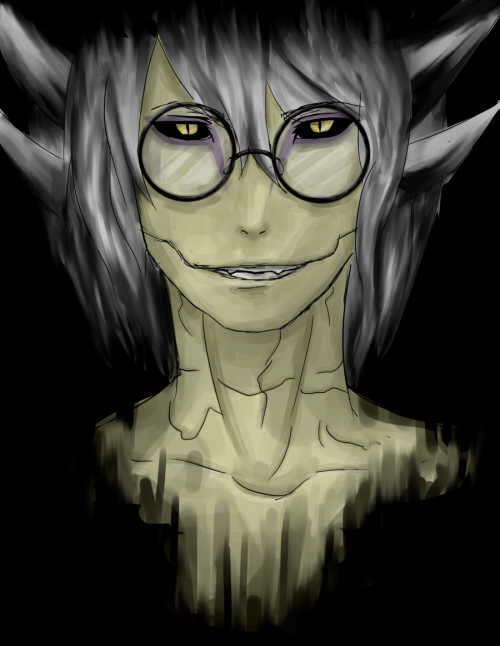 A voice stated simply, the air flying out all over his body as he descended down from the sky, his red robe billowing out in all directions. "Now I descend to pick up the pieces…" He continued, following Nagato's corpse as it fell through the air. "You won't get back any more…" He stated simply, sadly, watching as his former… Victor descended from the sky. "I surpassed you. You lost." The male stated simply, his body still falling through the air, looking after the male below him. Around the area were five other corpses, all defeated in some manner or another. One had been burned to death, his body crisped to a char. Another had been strangled by a snake, still writhing around it. Another had been completely erased, the mechanical body rendered to dust, only its hardest components still outlining its shell. A fourth was strapped to the earth, not having been able to escape before death. The fifth was filled with scalpels from head to toe, great beasts completely destroyed, each with massive tooth marks in them, Victor II sliding beneath the falling Doctor as he gazed down at the last body below him.

"I had to kill you first because I didn't wanna die…" He stated simply, staring at the corpse before him, the completely decimated body descending. His body was covered in massive blade marks, inflicted by a scythe. Snakebites also covered his body, and he was missing an entire arm. In the male's right hand, a single black pole was sticking out, with its points in his neck. That's correct, the spear he himself had created had been used to deliver the finishing blow. b]"And now there's no one left in all of Hueco Mundo with significant power…"'[/b] The male stated, watching as the sixth corpse joined the other five, his own body flipping around as he continued to descend, at last his sandals touching onto the ground.

As he did so, his red cloak began to break, falling away. It had been worn the entire battle across his face, the illusions unable to work on him as a result of its special ability. After that, it had truly been a contest of raw power. However ,the intelligence of the Doctor had been greater in the end, as Nagato had not been expecting for his own weapon to be given life and strike him down. It had taken the Doctor over three hours after the fifth path had gone down to finish off the Deva. He still wasn't exactly sure why Nagato hadn't dodged his final strike, but he wondered if, briefly, the hundreds of dead Selves around the area may have had something to do with it. The entire field was completely covered in corpses, as far as the eye could see. Victor II was panting, the corpses strewn across its body, absolutely gigantic burn marks all over its body. It had taken serious wounds in the fight, and would be out of commission for quite some time.

"Now… Victor…" His voice stated simply, his pants the only clothing on his body as he looked down at the orange haired male at his feet. "Now that you'll never need them again… I'll be taking those eyes of yours." He stated simply, reaching downwards as he opened up both of the eyes, looking at Victor's eyes for the very first time, as suddenly a great lump formed in his throat. "..Ah…." He let out, looking down at Nagato as both hands furiously dug in, grabbing both of the eyes as he ripped them out of the body. "AHHHHHHHHHH!!" The voice of the male wailed, his entire body becoming overcome by sobs as he held the two eyes, looking down at the corpse. ...I killed him. The first man to call me friend… He thought to himself, tears flowing down the scales on his face.

I ended his nonliving...But he can't escape me… I made these bodies for his replacement… and now his power… is locked within them… He continued to think to himself, breathing in and out with an immense amount of strain, his body still shaking. ...I'll… I'll put them to good use… He thought to himself, swallowing very hard, before finally blanching all over the ground in front of Nagato's corpse, emptying the stress his stomach had been experiencing for the last half a day, since he had challenged Nagato on these plains for the attempt on his life. ...Now… the last person who knew about Hebi… is gone… He thought to himself, wincing as he felt all the blood that was even now dripping from his connection to existence.

"We're here." A voice stated simply ,as the Doctor's head turned around, his eyes relaxing from their insane look as he saw the team of Selves, the second to last division, the last battle ready division arrive. They had dozens of stretchers, ready to transport any bodies that the Doctor required. "Y...yes… Collect all the corpses of the Paths… the Machine and the Spirit taker are beyond use… I damaged them too badly… All the others should be in working order." He explained, as the Selve,a mirror of himself, nodded, going to take care of it.

Without thinking about it, he pulled out a cigarette from his pants, a cigarette that was the color of gold. He lit it with a finger, wincing from the draw of energy, knowing how very little that he had left was so small that he could only create a centimeter tall flame, just enough to light his cigarette. As he took a draught, he let the golden blue smoke out of his mouth, relaxing his body as he stood there. ...It's over… The Akatsuki… What am I going to do with it…? Oh… that's right… I still have to take care of the Corruption Angel.. Though I don't think she'll especially… mind… Hmm… But other than that… I know all the rest… He thought to himself, facts shooting through his head at a rapid pace as he began to step away from the battlefield.

He pulled the eyes out of his pocket, dangling the pair of them before him. "You saw… In your last moments… You saw it, for just… a moment…" He muttered to himself ,holding the eyes up to his own. "You saw your own death. The Dragon Doctor form… And the Edotensei. You didn't actually think… That I'd collected *him*… Did you, Nagato…?" He asked the eyes, looking at them with a serious expression on his face. "And now your monster has destroyed you… you Frankenstein…" giggled, as his eyes grabbed his own eyeballs, Hebi spasming out of his stomach as its eyes began to spout blood, flowing everywhere.

"And your death… Will begin the dawn of everything…" He stated simply, as he brought the eyes up to his own sockets, pushing them in as the energy within his body hooked them up to him completely, his mouth opening wide as he screamed, loudly. The entirety of Nagato's life entered into his mind, the source of his power entered into the Doctor's eyes as he saw everything about Nagato as a person, every single bit of him, as smoke reeled off of his body and Hebi, the man and the snake both with their eyes closed.

It took just a moment, before they opened them once more, both of them smiling, red irises looking back at them…