''Are we just going to stay at home, swiping away at minor invaders so lackadaisically? They arrive in less and less every day, so much that we often find ourselves just loafing around doing nothing. The forest is won now, and safe; our work there is done. Now it's time to take the fight further, to their doorstep. We will get nowhere if we never face them at their own home... And now we have a way in...''

It began as a simple iota of light, an infinitesimal sparkle in the midst of the air, that began to slowly grow in vigor and size. As it expanded, it emitted an eerie tone that rose in volume and pitch relatively to the size of the light. It kept accelerating and accelerating until its luminescence was cast wide and far across the sand dunes. In the middle of seeming nowhere—the desert of Hueco Mundo—a great flash lit the land brighter than any light has graced the individual grains before. And then, it slowly faded as the whine dropped as well. A silhouette could be seen at the heart of this dying light, gradually coming into focus. When everything finally normalized, there stood two entities: The first was a teenager who planted their black boots firmly into the sandy surface to disturb the dunes. They were wrapped up in a great ebon cloak that did not even possess sleeves for their arms, and had a hood drawn over their head to disguise her identity. It was far too dark to determine the features below that shroud, but perhaps her companion could shed a little light upon the subject. Io, the wisp, was not much more than a floating ball of energy, a holy white in contrast to the dark black of the other. There was no face, no appendages, nothing whatsoever to really distinguish it. This spirit floated in the air giving off a soft light, and occasionally expelled flares of energy like the flares of a star. It seemed to be sharing the same type of light of that given off when they appeared here.

The humanoid figure turned to face the wisp, allowing some of the glow to reflect off of their features, showing the bottom side of a youthful face and its soft smile. ''Good work, Io,'' came her feminine voice in the strength of a whisper, earning her an alien hum in response from the wisp. With a nod, she would pull the drapes of her cloak to the side to free one of her arms, reaching back over her shoulder to where the grip of her sword was awaiting. She seemed to be wearing some sort of modern armor beneath her cloak, though it was shaded black just as well, making it difficult to really tell, especially in such an environment lacking in brightness. Her grip was firm, and with one attempt she slid a massive sword out of the sheathe on her back. This was a Claymore, one of the largest types of swords to have ever been created by the human race, and making the teenager seem so small in comparison. She held it in front of her, managing to tote the weapon with only one hand, while the other remained concealed under her cloak. It was difficult to tell, but her head turned to scan across the vast desert from her vantage point, trying to scout out any Hollows in the immediate area.

So far... nothing. Her spiritual sense was still lackluster, but it would be enough to know if she was being snuck up on. Not to mention, Io would warn her first if it ever got to that point. While her initial bravery had gotten her to invade Hueco Mundo, she still had a deep-ridden fear of what she was getting herself into. She had to reiterate it to herself: This was the home of the Hollow race, and she was just one girl. No, she did not have plans to exterminate this wretched kind in the matter of one trip, but she was assured to make a dent at the very least. So despite that all was safe at the moment, she made the decision to trudge forward through the desert in hopes of finding a victim. Sword at the ready, she would just keep moving, on and on until she encountered resistance... or otherwise reached the palace of their world. One way or another, she was ready for a fight.

For the most part Hueco Mundo had been a never ending food supply as well as pain in the ass, she rarely ran into something that would offer her any type of knowledge on what was to come next in this evolution, and she could seemingly only rely on herself and her past memories to keep her going. With that being said the doll was currently walking among the sand looking for something that might interest her as of late she only ran into lower level hollows that were a good way too pass the time and extinguish her hunger. No matter they were a stepping stone to allow her to eat stronger targets in her goal to gain as much power as possible and actually become a person that people could never forget.

Her blade was complete and it had only taken her 12 days too locate and kill 13 of her incarnations turned hollow with that she gained more insight on her blade and ability's. Her hair would flow in the wind and she would stop turning her head too over look her surrounding in their entirety before she began too squint noticing a strange light in the distance it had too be someone cause the brighter it got Anise could feel the rush of spiritual energy entering the area. With her very good ability to track reishi she simply started walking toward the light and the person who had created it, she could not help but wonder what she would run into possibly another Arrancar and as of yet she had not eaten one mainly because they were either to strong or to smart too be caught up in the never ending forgetful nature of anise.

After what felt like a short period of time something came into view obviously not a hollow Anise would stop and over look the girl and the thing next to her, however what caught her eye was the giant Claymore in the girls hand, she had obviously came for a fight and on instinct Anise hand fell upon her own Zanpaktou, this was a shinigami within the land of hollows either she was extremely skilled or had a death wish. With a sigh Anise began too think of ways of how to go about the situation there were no places too hide and stalk her prey within this never ending plane of sand and that was a pain if she entered a fight she would have to actually have to fight not like her usual sneak attack maneuvers. No matter she was hungry and she could only hope to get lucky in her target being either weak or weak minded.

Her steps would speed up as she neared the teen and stopped around 100 feet away overlooking her direction with her hand on her Rapier, Hello! can i ask why you turned on the lights? Anise would say offering a smile as she gripped the hilt of her weapon and drew her blade if only too be ready seeing as how the girl had her weapon out, Anise would place her blade on her shoulder and begin tapping it as she walked forward stopping about 50 feet away, now the Doll was visible stopping and running her foot through the sand as her ivory skin glowed with the light the being next to the girl offered. Her empty eye's would simply scan from the teen too the other soul or whatever that thing is no matter!

You know it's not safe for your kind here, someone with so much energy is a hot spot for the hungry....i suppose that is why i lingered this way upon you entering it has been what..three years since i ate a shinigami, if i recall correctly. As she spoke she would tilt her head trying too use her spiritual sense too gauge the girls power, one thing was certain there is no turning back now. 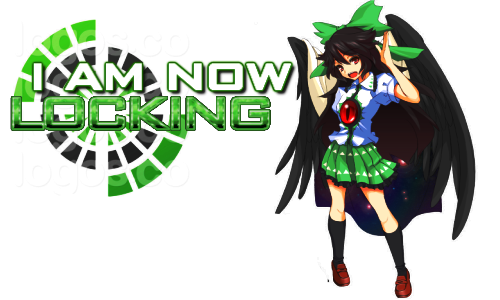