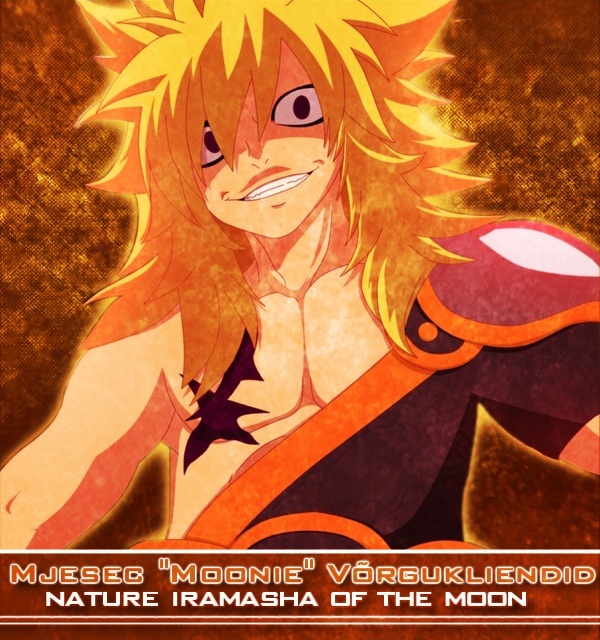 The Vanguard's Lunar Base. It wasn't that complex of a structure. Mostly a barracks, attached with some civilian homes. Even in this minimalist stance, however… it was still the place that some people called home. Including the one who was now slowly standing on top of the tallest building in the center of the compound. Stretching out his back, the blonde-haired figure's head tilted upwards. His eyes slowly narrowed, as his clothes were lifted slightly from his action. On his right shoulder was a single pad, which lead a wreath of cloth downwards to his waist. From that wreath of cloth was a ribbon, holding the skirt that he was wearing in its three separated folds onto his body.

Looking up into the sky, his wide open eyes could see the approaching attack. He could see it as soon as it was fired from Earth. He had gazed upon every direction of this landscape for thousands of years… and that was definitely not something that belonged in the space between Earth and the Moon. "Voi… why is it coming here…? And why would someone fire it..?" Moonie wondered aloud, before making a resolution as he slowly brought up both of his hands. ...How much will I need…? Voi…

Finally making a decision, the Moon God's body began to slowly change, wisps of black energy flowing around his body as his body was slowly lifted into the air. "Ha…" He let out, his fists closing before his face as his eyes slowly began to turn white, opening his mouth as all the dust in the moon's immediate area around him rushed towards him, going directly down his throat. ...Voi… so much power…! And this is why… I do not fight in my home…! Cahahahaha!!!

Opening his mouth, Moonie's head began to tilt back as an explosive amount of energy began to form from his mouth. Spreading outwards in all directions, a great sphere of pure power emerged, before Moonie's hands reached out, gripping along its outer layer. "Voi…" He let out as his hair began to be let out, the top of the Vanguard's base beginning to have small cracks and fractures appear along its surface as Moonie's hands continued to press down on that mass of energy. "VOOOOOOOOOOI!" He roared, his hands continuing to press down harder and harder, harder and fiercer as the sphere began to rapidly shrink, crushed more and more as the gigantic pool began to lash back at his hands, like great blades slashing and ripping at his skin from the pressure he was exerting combined with the shredding nature of this Blast.

Finally, Moonie withdrew his left arm, the fingers on his right hand gripping around the sphere that had been created, a layer of pure Blast energy emitting from his right arm to prevent the sphere from destroying his appendage. "Nothing… will be left…!" He promised that green light in the distance as it came ever closer, the Moon God's right arm slowly rising up into the air, his whole limb twitching as he struggled to hold in the power.

Opening up his hand, the tips of his fingers were sliced cleanly off as the sphere's gravity was directly directly back at his palm, and the laws of forces were applied. Smashing back against his arm, it went outwards, flying away from Moonie's palm as it sailed outwards, racing like a speeding bullet as it rapidly escaped the Moon's atmosphere, shining like a star as it emitted a bright purple light, Moonie's clothing billowing about in the wake of its momentum as he shielded his gaze with an arm, watching it sail outwards towards the oncoming disaster.

"Voi, fly! We need you to fly!!" He called out, his spirit echoing behind his roar as he clenched his arms down on either side of his body, his feet slamming into the ground as he shot upwards, bringing up either arm as the Blast energy around him began to collect on his back.

With that solemn sounding voice leaving him, rods of Blast energy began shooting out of his back. Grasping onto one another, these rods became much thicker meshed than normal, shooting out of Moonie's body as the net behind him grew to extraordinary lengths. "Do you believe you could get past the Child of the Moon…?" He inquired of the space before him, gritting his teeth as he began to cackle.

Meanwhile, the blast that he had sent out entered into the field of the blast, causing a reaction as it entered. The forces that had bound it together were disturbed, causing for the concealed Blast energy to explode outwards. Roaring like an inferno, the black flames subsumed outwards, creating a giant bowl-like shape due to the impact of the oppressing attack. Roaring with intensity, the Blast that had ben let out met the construct of the oncoming attack in a great display of light, even visible from Earth as a black spot appeared in the sky.

However, patches of the attack got through, smashing forwards as they came crashing down to where Moonie's body was. "VOI!" He roared out, his arms beginning to move forwards as the colossal Prayer construct behind him began to move forwards, his body slowly tilting forwards as the incoming force smashed towards him. "VOI, IT'S NOTHING!!" He roared, his muscles straining as the net behind him shredded the hydrogen based forces, Moonie's own body taking on the majority of the force as his head was pushed back, his chin fighting to push his whole skull back down as without warning, the force suddenly stopped.

Panting, Moonie's Prayer shattered, breaking away as the Blast energy dispersed, his mouth wide opened as he looked down on his body. Across his torso was a single indented mark, having completely crushed his torso in a single line, although the line was not very deep. "Voi…" The male let out, looking down at the clothing he wore, though it was now damaged once again. "...This… was my last one…" He spoke sadly, looking back up into the sky of space, his eyes gently closing as his facial features lost their roughness for a moment, becoming tender as his thoughts shifted ever so slightly. 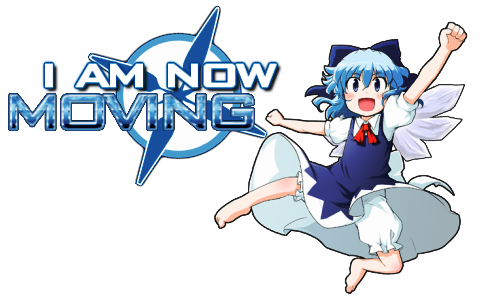 ✧MOVING TO THE EVENT BOARD✦

Ho'kay, I'm going to go ahead and move this thread into the Iceland Conflict Event Board. This is because it is associated with that thread and I'm trying to keep it in one place.