"I am in control of my body to let you know and I have remembered some of my past and who the voice is. It was the person who trained me and my best friend he was a evil person he want us to kill shinigami not only hallows. He always told us Shinigami were evil but me and my friend knew the truth." I told Mayonaka.

He waited for Mayonaka to reply to him and then he would go most likely after he answered. He had no other reasons to bother shinigami for today.
__________________
I'm never going to be a hero! But I'm Zero!

So the Quincy had been trained by someone else, more than likely an elder more experienced Quincy. The elder Quincy also believed Shinigami to be evil. It was nice that Zero did not believe Shinigami to be evil though. There was so much hate between the different races... It was not a very nice site. One day Mayonaka would try to stop that though. One day he would bring some peace to this world and all the others.

"I am glad to hear that Zero. You must be careful with yourself, do not let others control you. That path leads but to destruction and despair. Careful of what others tell you as well. You can not judge someone based only on their race. There are good Shinigami and evil Shinigami, same as many other races. Remember that Zero."

With his final thought spoken to the Quincy, Mayonaka figured that the conversation was about over. He would return to Soul Society soon. It would probably be for the better that nobody was informed about Zero. As long as he could control himself, he would be fine. There need not be more meaningless bloodshed.
__________________
Shinigami of the shadows, Mayonaka - 2-3

Zero did get the point of what he was being told but his teacher and friend were different races then he remembered that Mayonaka didn't know that. He probaly suspected that his friend and teacher were also quincy. So he is saying that even if you were a quincy you may be good or bad it all is decided by you.

"My teacher and friend were different races from me I was a orphan, My teach just had knowledge of quincies and taught me how to start after that I start to work on my own and practice and he would tell me pointers from time to time. Also my friend was a different race, If you ever meet a ziamachi named Haru and he has control over gravity tell him I'm in the city. Now I have to go, bye." That was all told Mayonaka and then he walked on side walk until he was out of sight and got a cab. 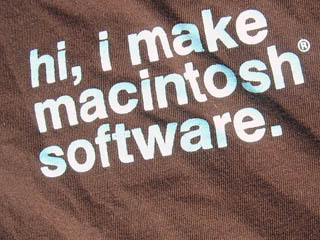