A day in the training grounds

A day in the training grounds

Mike stood on the training field, the enourmous blade on his back. The vizard, as always, recieved strange looks and curious gazes from the few other shinigami that were present and training. Lunchtime had just passed and people were slowly returning to whatever business they had. Patrolling, guarding or whatever bussiness they attended. Mike himself? He was waiting for a fellow shinigami, he didn't know his name but some say he's very good when it comes to fighting. He had checked the roster, noticed he wasn't assigned anything of major importance for the coming weeks, just patrolling the human world starting tomorrow. So, whether he'd return now or this evening, it wouldn't matter, it was already scheduled, his leave. So he had time to spare. He smirked slightly to himself.

A few notes later the two agreed to meet on the training field. Probably to do a short sparring match, as he knew that the shinigami he was waiting for rivaled him in power. So, it'd at least be interesting. Though training and fighting wasn't the only thing on his mind. He wanted to learn more about him, hell if things go smoothly maybe he'll have a rival of some sort. W
__________________ 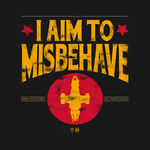 Artist: CFO$ - Song: Destroyer - Word Count:
Asuma was really wishing that he had better shoes right now. Call it being entitled, but these standard issue sandals he got with the costume so long ago are so cheap, he may as well have been walking barefooted. But that was a minor annoyance in comparison to what exactly he was walking to. He didn't know how he did it, but he managed to get himself into a fight for the first time in a good century or two.

Some people were talking some shit, it seems, that Asuma could beat some guy from who-knows-where with relative ease. Now there were two things wrong with that theory: 1: Asuma was not that good, never that good, and probably will never become that good as to beat down something other than the low-leveled Hollow and 2: He found the whole idea of fighting so unbelievably brutish and ridiculous that he barely bothered to participate in it up to this day.

Regardless, he couldn't really find it in himself to flake on the fight, though he had seriously considered it on his way to the destination. It took him some time, since he didn't want to run Shunpo out of sheer laziness. As he inched closer to the training field, Asuma began to feel a rather familiar sensation well up inside himself. It was like he drank a whole bottle of Red Bull, that he found himself feeling actually excited about the whole thing.

Once he reached the area, any and all negative thoughts were gone. Or at least hidden away for them to come back out later.

Thanks for comin' along." He said with a nod. "Well, I guess we gon' 'ave to get started. Wanna warm up first?" He asked with a smirk as he entered the small field that would be the scene of their clash. Stretching his arms as he walked, turning to face him. 'N before we're startin'." He took a deep breath. "Just how do ya wanna fight? Hand to hand? Regular swordplay, wanna get steppin' in there? 'N Kidou?" He wanted to know whether there were restrictions put in. And he wanted to know if he wasn't handicapped in regards of using Kidou.

He wasn't that bad at it, but he was worse than your average shinigami in it. Just remembering the incants, names and numbers were a pain to him. Don't need incants to swing a sword is what he thought to himself, waiting for his temporary foe to stand ready.

It was a few days already that Kyoufuu was antsy, itching for a fight. Wich was rather unusual. Seeing his zanpakutou usually likes to relax. He felt the shikai brimming with anticipation on his side, merely rolling his eyes. Something was up. But, it was something he'd solve later.
__________________

Artist: CFO$ - Song: Destroyer - Word Count:
"As far as I see it, we'll be fighting no-holds-barred. Spells, Hoho, swordplay, fisticuffs, I don't care. We'll be fighting for five rounds of five minutes each, like one of those boxing matches from the Human World."

Making the fight like this was foolhardy at best, and suicidal at worst. Asuma had no idea whatsoever how the man fought, but he really didn't care at the moment. He felt like he was on top of the world, that nobody could possibly put him down. He looked around the field, a twitch of arrogance shooting through his mind. This man couldn't beat him. It was simply ludicrous to think otherwise. He had to go down no matter what, it was almost like his own phenomenon: A "Nakahara's Law". if one must.

"The fight will end when either of us goes down or submits," Asuma continued. "You're welcome to use your Zanpakutou if you wish."

He may not have possessed a Shikai to call his own, but Asuma had successfully convinced himself that he simply didn't need it. An invisible aura of sheer self-importance blew out from his person. Frankly, it was a rather abrupt, and frankly weird mood shift. He went from coming to the destination near scared out of his boots(though he would never admit it) to thinking that he would quickly and forcefully run through his opponent like a curtain. Curtains were a weird way of putting it, but the analogy was just perfect in Asuma's mind.

"If you're ready, then we'll be taking our positions right now. It starts with the first move."

The silver-maned Shinigami made his way over to one side of the area, cracking his knuckles while he did so. As his hands brushed over the Zanpakutou hidden in his coat, he felt an unfamiliar warmth coming off of it. It was acting weird, to say the least. But it was a "whatever" type of thing now, as he got ready to do combat for the first time in years.

"Interesting choices my man i'm starting to like you already" Mike chuckled a bit
That could work, however, he wasn't all that good with Kidou and barely knew any spells. "Yeah, sounds good to me. I'll solely be usin' shunpo, if that's fine with you?" Mike then looked at him with a stern look on his face, indicating that he was about to get serious.. "I hope your ready because here i come!"

He was quicker, probably far more agile. It'd be an interesting match, as he had no idea who was the fastest of the two. Well, fear the worst. He ducked slightly, knees bending a bit, his hands raised in a defensive pose. He wasn't sure what move his foe'd make, so, the next step he took also had him dissappearing from sight, accompanied by the sound of his shihakusho flakkering, dropping into sight right infront of his sparring partner, stepping forward with a low palm thrust to his stomach from his left hand.
__________________