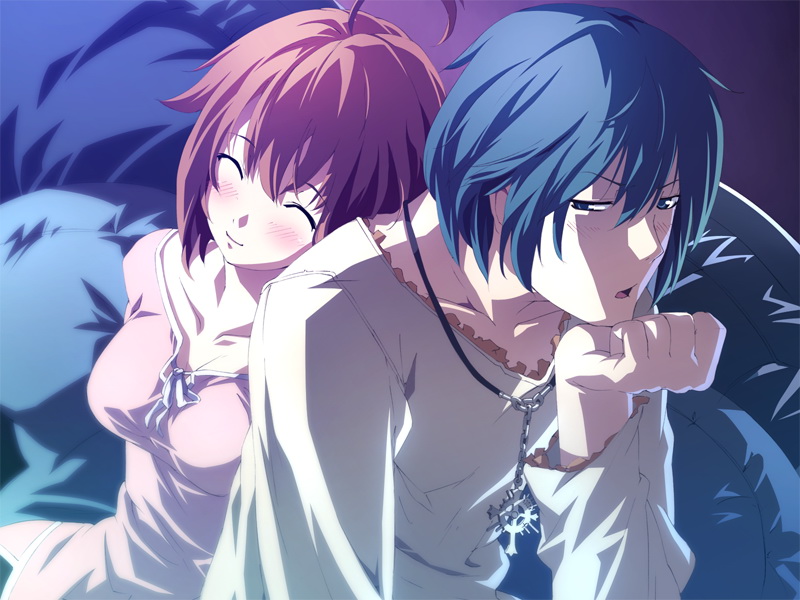 If anyone was wondering about my whereabouts, I'm simply taking the time to work on Iori's app. I'm almost done and I am not trying to do anything I find distracting and truth be told, when I get in chat and laugh and chuckle with you guys.... it can truly be a distraction. Fun distraction to be sure, but trying to finish her app as soon as possible is something i'm taking very seriously right now.


Update: Before anybody wants to kick my ass or vice-versa, I am still working/trying to find time to work on Iori's app. I seriously do have the intent to try to get her done before the new year, so that has been where the majority of my time has been poured into. I haven't left and while I do know I have two other characters I can roleplay with(Eve and Kaala(adopted from a growing-by-the-day close friend in Gamma ) - I can not freely let myself participate in threads with them until I reach the ending point to Iori's app.

As she has grown to ultimately be my magnum opus in terms of characters I revere and am truly proud of making, her application takes precedence over all. Her presence will dominate anything else I wish to do with other characters and so, I did not want to bullshit anyone with any excuses if they had plans with me or have me excited for plans.

Too many times to count, I have doled out false promises to others and have ended up making them hold/stall their plots in order for me to make a character or vice-versa for them, and that is one habit I told myself that I refused to bring with me upon returning here. So I won't. I will make mentions to those I intimately and sincerely wish to roleplay with in the foreseeable future.

Frost: Man, what can i say? You're a brother from another mother, and that's nothin' but the truth. We've had our differences and sometimes we clearly do not see eye to eye on some things, but more often than not, I share a bond with you because you came from and have experienced life in the ghetto much like I have myself. When I come up with a concise plot on Iori's return, do know that you will be among the top of my list in terms of who I wish to pursue various threads and roleplays with. Hell, I have like this wicked idea where Iori comes back, reunites with Shadin, and they form this badass Avengers-like group together, or something similar to Adam. I love you. Besides my biological, you are truly one of the few people who I can wholeheartedly call brother and feel genuine about it.

Wan the Victorious/the Exalted/THE MOST BADASS PERSON BESIDES MYSELF WHO LOVES MARTIAL ARTS/ a generally swell gal: In the short time that I have had the pleasure of knowing you, I can say without a doubt that I admire you in a way I did not expect to for someone that I consider new and not among the older generation of PH-based roleplayers. I've already talked to you about my issues and you've been a great help in keeping me motivated by being real and giving me tips to better balance my ideas. The OOC interactions that I've had between Midori and Mirja have been fun and I really would love to pursue something with those ideas we've spoken of. If those cannot be pursued, my only wish is to participate in any form of a roleplay with you, because you truly have some great ideas in that head of yours. Ulv Auber is officially my PH-Waifu. Please don't kill me for saying that. All jokes aside, I really enjoy your company and hope that we have a few roleplay before I hang up the towel(which isn't happening anytime soon but still, lol. ).

Tsubine: Ha... it's really funny that I'm writing this after I read this pm I saved with us throwing profanities with the force of a nuke in the other's direction. Even more hilarious is that I read it when I was about to watch the Marvel trailer for Infinity war again, lmao. In any case, we do not have anything planned out together, though I do have some plots I would love to earn the right to participate in with you once again.

One you said that you might do if I could get Iori and Hime done in an orderly fashion, is letting me have another plot with Hime and her fight to protect and love her sister, choosing her over everyone else. I did truly enjoy that plot and its potential and I am still rolling with Hime fighting on the side of good because of it. As usual, you've created very interesting characters in the time you've returned, and I hope that even if I can't have any plot with you.... that I can at least get a thread. As I mentioned before, I use to make a lot of people be stalled in their own plots waiting for me to kick my own ass into gear and I came to hate it because it felt like I was valuing my own time over their own or simply didn't give a damn. I became so reliant on other people to do things for me instead of throwing myself into the fire and enduring the pain, come hell or high water. So far, I have taken doing all of Iori's app on my shoulder, on my own. I have worked on her abilities on my own, and it has taken me for a loop and out of my comfort zone but so far, It has told me that I can be independent and endure the process all on my own. In the midst of my own inability to do things on my own, while I won't call you a victim(I feel that's not respectful) you suffered the brunt of my inactivity and my ability to do things on my own and kind of let them get handed to me.

Whether it was male Tsubine and Saeko to other plots, I simply could not put my best foot forward and give you the things you wanted but would always selfishly request much of you without a thought... as such, I told myself I needed a change and so even at the cost of some of my activity, I've been doing that.

Above all, I love you in a way that the definition of best friends cannot describe. I've made mistakes that have threatened our friendship - things I obviously won't' go into detail on here - but you always made me feel validated and better than I had thought myself. Always told me to stop wallowing in my own shit. For that, you have my gratitude. Stay Mecha, my friend.

Serenity: Horey shit. I thought my mind was going to break seeing Tsubine return but "WHAT IN THE ACTUAL FUCK" was my reaction to seeing you return. And now you and Tsu are Staff again. Words cannot describe how happy I am to see that. I always saw you and Tsubine as a great team as far as handling things on the site in an optimum and business-like manner. Though you may not remember much of it, you have played a part in helping me learn some things about myself. You also use to tell me that I was a great writer and one of my most beloved memories I have of you is the one with you gushing over my initial post in one of our threads on that original site you made(Emerald Era) and saying how good my writing was. I know it's really weird but it's always really made me feel inspired for some reason. I do not believe we had any truly important plot with each other, but i would love to change that once i get Iori out of the way. Stay cool, homie.

Gamma, Crow, and Lilian: Gamma the Man. Gamma the Australian Bro. Gamma-how-do-you-like-the-same-things-I-do dude. We have an idea brewing that I'm contemplating on with Iori and Ren, and i still hope you're comitted to it because I have some fun ideas for what can happen between those two, even if nothing romantic comes out of it. In the time i've known ya, you've been an overall good chap, so stay you. Don't change. Crow, a PH OG. We have never roleplayed in all our time knowing each other, surprisingly. We need to change that, ASAP. I still want Tomoe to be the queen to Liu Ka- I mean Li Qiang's King. Do know that once I finish Iori, she is immediately at the top of characters that I will finish(I at least have her personality written in word) when I complete my app for Iori. Lili-nili. Milli-Va-Lili. Lilipop. You're.... interesting. To say the least. There's like this eccentric nature to you that I just find very nostalgic and hilarious. We had like one idea planned that was scrapped because of a character you dropped, so I don't quite know where we go from here but do know if you have plans or plots to pursue with me, I am an open door.