Chasing rumors and myths, Semyon reflected; Seems like that's all I do these days. First Vegas, now Vastime. He'd found what he was looking for in Vegas, sort of, but... Well, he was still processing his encounter with Scratch. An old, travel-worn music player was the Russian's accompaniment through customs, playing Sympathy for the Devil and other, similar songs on a loop as he explained for the umpteenth time that yes, that was a sword in his checked bag, and it was properly packaged and bound and it was a family heirloom and no he didn't intend to use it on anyone but yes it was sharpened and maintained because what was the point of a sword if it was just going to sit on a shelf and rust and the rest of the same multi-hour song and dance that, as always, ended with Semyon outside the airport, sword tightly peace-bound in his duffel bag.

Today's trip was due to the word of mouth that floated among certain circles, particularly the other martially inclined humans that Semyon sometimes chatted with over IRC. An individual named Henrex, and didn't that just sound hilarious in English, who would train pretty much anyone who asked for at least a short time. Something about not wanting a martial tradition to die out, apparently. Semyon could understand that. His own family's style was always endangered, after all. That said, the rumors were remarkably scant on details with regards to who this guy was, how to find him, and what exactly that style was, but... Well, Semyon had found Scratch mostly by luck anyway.

In all, his search method was actually quite simple. A couple short Crescent Steps brought him to the downtown rooftops, and from there he casually walked between rooftops, making the jumps between with his Chi and letting his use of it bleed into the air like a sort of beacon.

Oh, and the yelling. "Henrex?" repeated every few rooftops, at volume. Either he'd hear it, or someone investigating the spiritual pressure over downtown would, or something would happen to attract either Henrex's attention or the attention of someone who knew him. At least, if the Russian's luck held. If not, he was just going to look like an idiot for a few hours.

Re: Reach Heaven by Violence [Henrex] 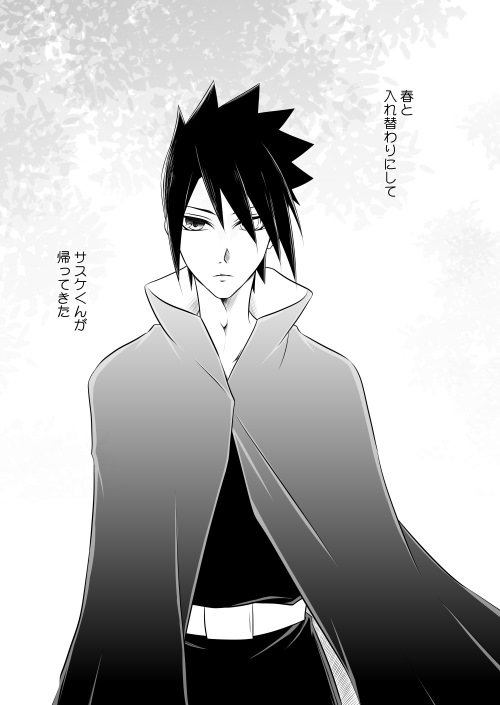 This was...new. There hadn't really been a whole lot of people that had managed to surprise him like this. The moment that he had gotten a report that someone was climbing the rooftops in Vastime, screaming his name to high-heaven, he really couldn't just not go, could he?

So, with a sigh and a shake of his head, Henrex was quick to respond, with him leaving his quarters in Soul Society and opening a Kage Chokyo-shi portal, stepping through the spiraling vortex.

It wouldn't take him long to hear the faint shouting from the rooftops. The only thing that he had as far as a reaction went would be mentally face-palming, along with Raiu. The male groaned softly as he took off in a burst of speed, moving towards the source of the sound -- leading him downtown.

Mixing in uses of Flash Step along with his normal movements, it wasn't long before he was able to reach the area where the voice was sounding the loudest, causing him to abruptly stop in his tracks, his head tilting upwards and staring right at where Seymon was standing.

He observed for a bit, before watching him zip off to another rooftop and repeat the same ritual. Henrex sighed as he rubbed his temples, admittedly annoyed at this rather embarrassing way of trying to get his attention.

A soft chuckle came from the back of his mind as he rolled his eyes, another quiet groan coming from him as he heard the gentle voice of his Zanpakuto Spirit chime in his opinion.

As the male slid a black garb off of his shoulder, his wings began to unfurl and spread, leading him to swiftly leave the ground and scale the building in mere moments, his feet silently touched the roof as his wings coiled and returned to his back as he inhaled deeply, washing himself free of his irritation as he let out the held breath as he slid the garb over his shoulders once again.

'The first thing I'm teaching him before anything else, is going to be subtlety.'

Another soft chuckle echoed from the back of his mind as he stepped forward and addressed Seymon. The Russian would likely be taken by surprise as the soft-spoken man he sought practically appeared out of nowhere, behind him -- not as much as a single trace of spiritual power shed.

"This isn't the best way to try and find me. Or...get my attention."