Sometimes, Izalith forgets. She forgets a lot of things, ranging from how to get out of bed in the morning to the fact that her left eye isn't her own. Izalith forgets. So when she embarked on her one way trip to the human world she forgot something: the political scence. There was a good chance that she wasn't allowed to be where she landed, which would be America's West Coast. It's not as if she's had the chance to make any enemies yet, so it wouldn't really make sense for her to be banned from certain places but there were racists in the world that would just hate her based off how she was and that wasn't something she could control. Anyways, she landed (yes, landed) in an old Buddhist Shrine in California. Religion was a foregein concept to her, so in Izalith's eyes it was just a run down building.

"Hello?" She couldn't pick up any traces of life in the vicinity, though her spirit sensing skills were also pretty non-existent. If she didn't see what she was looking for it may as well have never been.

She took it upon herself to search the place for someone. Anyone. If there was nobody to be found then she'd claim the land for her own, a little base of operations so to speak. 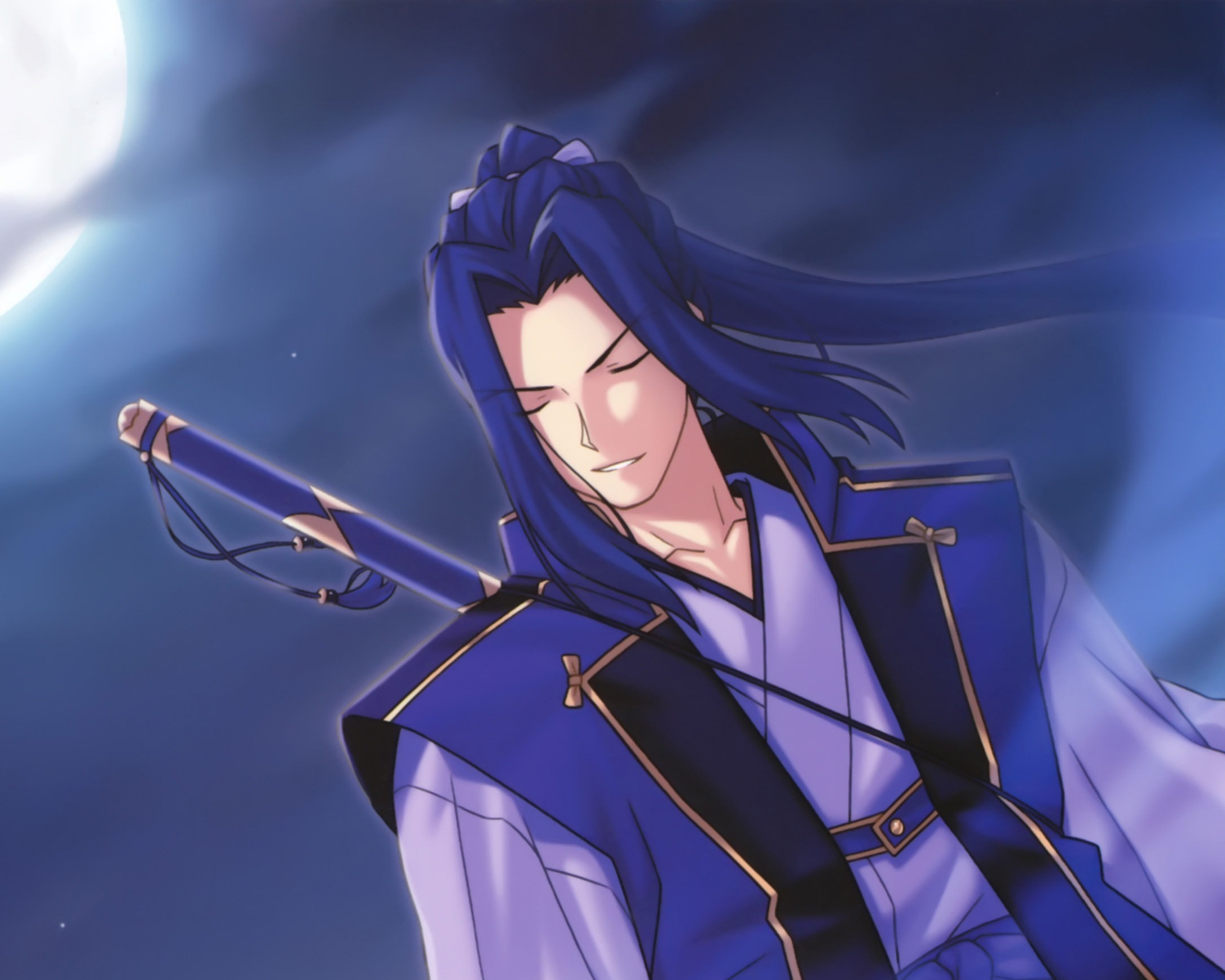 Fuuen enjoyed solitude, and to that end he tended to wander from place to place whenever he had gained a bit too much notoriety. People seemed to accumulate over time at his humble abodes, treating him like some sort of teacher. It was odd, considering all he ever tended to do was train, and occasionally correct the subpar forms of others. It was not so much for their sake as it was simply that he found their lack of proper training displeasing to see.

His latest change of location had brought him to an abandoned temple in California, somewhere he suspected few people would seek him out. This was hardly friendly territory, as he recalled, and to most that would be enough reason to stay away. To Fuuen, however, it meant little more than a sure sign that he could reliably be left alone. If the sound of a girl's voice was any indication, however, it seemed that was not the case at all. He had been training alone, and as such had hardly kept his full proper attire worn beyond his hakama. He quickly dressed, hardly wishing to appear any less than his best, and made his way to the source of the voice.

“I suppose you have come to study? You may stay if you wish, but please do not interrupt my work.”

The Plus got right to what he presumed was the point, not wishing to take any longer than he needed to. He assumed that his new guest was the same sort that he always seemed to find himself with before long, and he hardly wished to waste either of their time. Still, she seemed a bit different than the usual sorts that sought him out. A touch younger, it seemed, and a bit more...ragged. Peculiar.

Izalith was met with a pleasant surprise.

This surprise took the form of a man wearing clothes that looked 2 sizes too large for him. He brandished a large sword on his person, something that Izalith would continue to eye as he spoke to her. She couldn't really care much for what he was spouting to her but she made somewhat of an effort to address his existence.

"Uh...what? Uhm, you said you work? What kind of work would someone like you do alone in an abandoned temple?" A legit question as Izalith was actually confused. Slowly, she started to make her way towards the man, Geisha strapped to her back and making a noise as she took every step. The Iramasha kept her hands at her sides under her cloak, not wanting to set her possible companion off on the wrong foot.

There was always something about religious places that had set her off, and the temple was no different. The lack of people made the statues that littered the place even more ominous as many of the stared her down like she did the stranger. Though her stare wasn't malicious as it was friendly, as she had nothing in mind to harm him.

“What kind of work? Swordplay, of course. I look to improve and adapt, and of course to find those most perfect techniques. Such maneuvers are things of beauty, an art form in themselves, and to that end I pursue them as an artist.”

Fuuen was profoundly matter-of-fact about all this, but it was clear he was proud of this “work” of his. Of course, as she stepped toward him, the swordsman's entire body tensed ever so slightly. Nothing in his posture or demeanor changed, and yet now he was much more akin to a tiger waiting to pounce, ready to draw Yuudachi in mere moments if this young girl decided to bring things to violence.

“I am, however, something of a pacifist. Using the sword for violence demeans its beauty, I think. I have heard some warriors find the sight of blood appealing, but there is something repulsive about it staining a perfectly lovely blade, wouldn't you say?”