The Flame Of Hope
Artist: Hammerfall - Song: Hearts On Fire

"Was it what?" Ulv leaned in and stared at Colin as he dropped the sentence. Ulv hated dropped sentences, she liked to know what people were going to say even if they were no longer going to say it. She was a curious little thing like that. It was one of her things, to learn and to grow from learning. Her eyes were lit up and her face was curious, and enthusiastic to sate the curiosity. Still, the topic changed when he got up and congratulated her for the marriage. Which was nice, she'd never actually told anyone though so this was the first time. Which meant 100% good stuff!

"That sounds like it could work. Plenty of time to warn Rakki that she has guests coming over, and plenty of time for you to warn your family that you are guests going over" she tittered softly at that, before looking Colin dead-on in the eyes, an exceptional and incredibly intense presence suddenly bursting from them. As if Ulv was a thousand foot giant in disguise and had just thrown off that disguise. Her presence covered the skies, and showed a focused intent that was all but lacking from Mirja's time.

"And, you are sure you need no aid with your Hollow?" 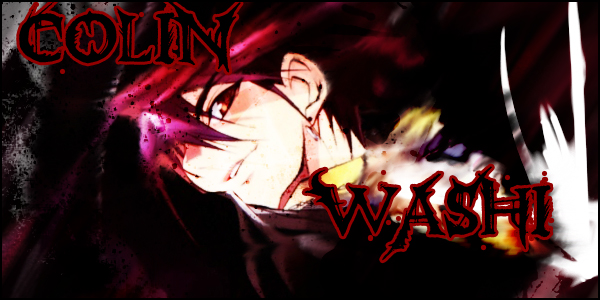 CO-HEAD OF THE VIZARD CORPS

"Nothing… just something along the lines of, was it something that you… ugh… blame her for?" Colin got the words out at last, not particularly enjoying the feeling of the phrases in his mouth. Truth be told, he did not like the idea of asking someone who seemed so… hostile towards the woman's death such a question. He wish he would have just kept his mouth shut; he also wished that he was better at not telling the truth. But Colin Washi was an honest man, and therefore he felt like he had to say what was on his mind.

It was a bit of an awkward pairing, between himself and her. Colin let his feelings rise to the surface often, but he did not cope well with sadness and despair. He was bad at expressing himself when such things happened; he preferred the solace of his family for such things, or consuming himself in his work, or otherwise… getting away from it. Colin did deal with it and mourn at his own pace; the woman before him, however, seemed inclined to prevent that.

Colin took the pace of her comment, looking back into the woman's eyes as he stood before his door. "Yeah, alright then. We'll meet again sooner, rather than later. And I can meet this special person of yours." He told her with a slightly tired smile, still reeling a bit internally from everything that had taken place. Then, the mood shifted; she gazed at him with eyes that had intensity. Colin had been in his fair share of battles; he could tell intent on his person fairly easily. It made his skin crawl, a shiver moving up his spine.

Colin's eyes locked back into hers, and in that instant, his gaze changed. Gone was the common everyday man. His eyes shone emerald, light pouring slightly from them. His eyes were slit like a birds, his entire body tensing. Ulv's massive aura was imposing, yes, but against a creature that thought itself untouchable… well, it was like a bear attempting to scare off an eagle.

The Eagle could always just fly away.

Then, he heard her question. His face turned to her completely, his body pivoting as a peculiar sensation warped over the area. For just an instant, Ulv could feel it. Hollow, Shinigami, and… something else. The energy of Colin's own body, independent of his Zanpakuto. He was used to being challenged. He was used to being called out, to having his presence demanded. These days, it did not happen as often; but certain habits died hard… and responding to a demanding gaze was one of them. The flaring surge of power knocked the door back, a strong wind billowing outwards from his body. And just like that…

His eyes closed, and when they opened again, they were his relaxed expression again. One of his hands slid into the pocket of his jeans, before withdrawing a single feather. "Here. You hold onto this. Careful; it's sharp as a knife." He told her, tossing the feather to the woman. He assumed, at least if she had Mirja's skill set, that she was at least slightly as skilled as she was. As long as she gripped it along its sides, she would be fine; but even if she didn't, Colin had thrown it slightly to the side of her, so that it would not cut if she could not catch it.

"If that turns brown, then yeah, something's wrong with me. I worked out my Hollow problems; if I ever need more help…" At that point, he gave her a genuine smile. "I'll call you."

The aura he was releasing after that was just himself, his normal aura was hopefully enough to reassure his family that everything was fine. 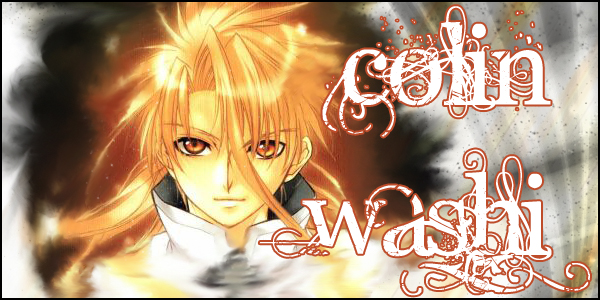 THE FLAME OF HOPE
Artist: Hammerfall - Song: Heart's On Fire

Colin was an interesting man. Ulv certainly liked him. But one had to be careful around Visoreds. Even Hvit could be playing a....really, really long game to take over Ulv's body at it's ultimate stage rather than having to deal with a weaker host. Still, she didn't react to Colin's changes, but the third energy between Hollow and Shinigami was certainly a strange one. It didn't last very long however, and so she pulled her intent back into her, aware that the eagle had missed the bear's wings, pressed to the mighty creature's back.

The feather was thrown, and Ulv caught it with a pair of glistening gauntlets. Such a seamless, instant release of her Shikai was a solid show of her skill in that area, and the gauntlet was strong enough to not worry about the sharpness of the feather. While keeping a knife-sharp feather about her did seem interesting, Ulv didn't like the idea, so a warm amber energy blossomed from her hands, and the feather turned the same colour, before it was handed back. Being around the feather made life seem less difficult to life. It's presence was uplifting, and warming.

"You keep it around. If anything bad is going to happen, it'll help you fend it off. Plus I'll be able to feel anything going wrong, because it's connected to my Reiatsu now. Possibly even able to teleport to it. Depends how my power grows.

As for blaming her, I don't blame her for it. If she didn't do it, then Ceal would have died and I wouldn't be alive. It was just a lot of work fixing the mess that was left in the wake of her. I don't really mourn her because I never knew her, and my Resolve Flame would encourage living for those who knew her rather than mourning her death in the first place" she nodded, and gave Colin a smile as wind billowed around her feet, scattering dust and sediment.

"Have a good holiday, Colin. Family is a nice thing to have" she waved, and then left with the wind.