I Blessed The Acid Rains Down In Africa [WW4 Attack Event]

I Blessed The Acid Rains Down In Africa [WW4 Attack Event]

SHADOWFALL
ATTACK ON VASTIME
They waited for the vastimian satellites to be taken down; once word was received, the operation was underway. The first attack from the day before was comprised of solely First Circle members, set out to do a preliminary attack as well as establish some information before a full-fledged assault was to begin. For this operation? The full force of Shadow Fall's multiple circles was coming at Vastime's territories without mercy or remorse. Aiming to avoid initial detection by taking down surveillance systems from the sky, straight from demon world and by the droves of millions, nasty little demons emerged in Vastime airspace.

The thing about supernatural warfare was that supernatural means were generally necessary to appropriately combat their forces. If someone took a fight to Soul Society, Demon World, or even the Iramasha Plane? Naturally forces of incredulous power were necessary to be effective at all; the living realm did not necessitate the same type of warfare. In the living realm, the inhabitants were mere humans, vulnerable even to the very air they breathe, rather than empowered by it. For that reason, the air in Vastime would today be their biggest weakness.

Tens of thousands of demons all over the Vastime nation's coastlines releasing chemical and biological weapons of mass destruction. Nerve gas, blood agents, blister agents, bacterial and viral bio-agents of all kinds were being released, polluting the very air these people breathed. Shadow Fall welcomed attempts to deconstruct their territories and wrest away control from their lands; so long as these vermin were prepared to receive due pay, and the demons and hollows of Shadow Fall were more than open to the severest, most despicable actions available. It was all fair game in their eyes.

Of course things weren't limited to just polluting the air of nearly the entire continent; the air was only a portion of their invasive actions. Shadow Fall had seen Vastime as a threat for quite a long while now, and they made contingencies for this sort of scenario, in which their southern neighbors suddenly pointed their guns northward. Vastime's economy was one of their points of pride, trading, importing, and exporting various resources and products being a good portion. Naturally, Shadow Fall had influence with the corporate world themselves, especially in the agricultural sectors considering their hold of one of the largest agricultural suppliers in the world, the United States. So in preparation for any sort of funny business going around, the food supplied also held traces of energies to supplant their way through vastime households, never an amount enough to exceed the latent energy going around, but enough to at the very least take attention away from the toxic chemicals within the foods, masked as nonlethal growth hormones commonly used in farming. With the activation of the demonic energies, these "growth hormones" quickly excited into terrible poisons that ate away at the tissue of human organs, inhibit the transfer of hemoglobin in their arteries, and essentially destroy Vastimian culture at the heart of their nation: the people.

Aside from the actual chemical attacks laying waste to Vastime's air, food, and various other imported products, Shadow Fall was certain to be more hands-on with the other two primary targets of their attack: the legionary facilities. The demonic organisation held more than enough power in the underworld and black market to trade information ferociously and without regard to monetary expense, enabling the locations of a number of military facilities in Vastime to be targeted; naturally, this included the locations where one of Vastime's most fearsome units--The Legionaries--were based in. A number of units were sent to target these facilities to inhibit the ease of deployment for these forces, if not at the least blatantly drawing away their attention to defending them. But--if it weren't defended against? That just might be ideal.
© S_E CUSTOM TEMPLATE
__________________ 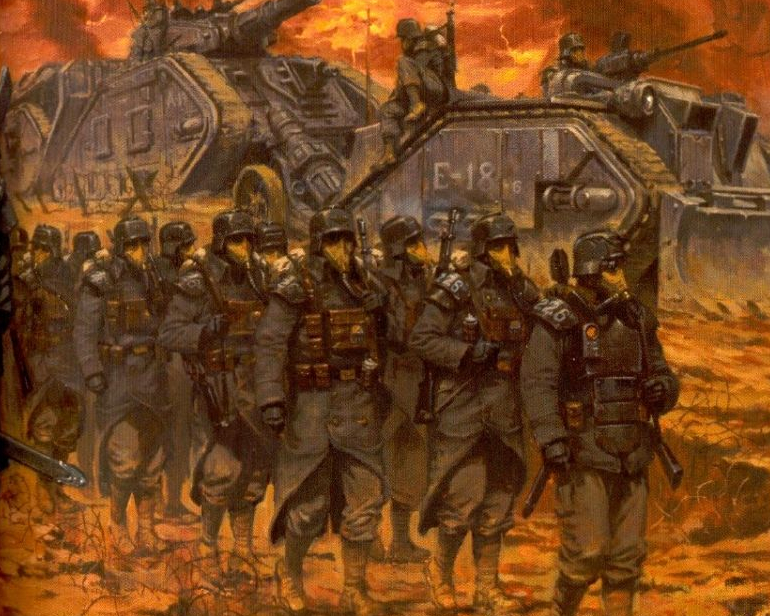 The First and Final

“This is Adjutant Abalia Sesshouin, relaying directly to the First Penal Legion. The shores of Vastime have been attacked, and coordinates are being sent directly to your armor. Organize and defend as necessary. Vastime's safety takes the absolute priority.”

With those words, the thundering of jets began. Heavy transports loaded with defensive firepower, alongside the men and women of the Penal Legion, left their hangars and went on what they already knew may well have been one-way flights. It did not matter to them, for this was simply the duty of the First and Final. The cabins were silent as they flew, and only when they had reached the lands that were already too far gone did they ready to jump.

“Our defenses have been temporarily brought offline, but our engineers are far from useless like the forces of Shadow Fall might suspect. Already the National Guard and the Coast Guard have fended off their numbers to some extent, but were it that simple you few would not be going to the front lines. The interior of Vastime remains free for now, but it is in your hands that such a thing stays true.”

Pallet upon pallet of munitions was dropped, like a veritable hurricane of weaponry. Artillery, heavy armored vehicles, everything that a force could possibly hope for, and finally the force itself; Vastime's 10,000 Faceless. They leapt in every bit the same eerie silence they had arrived in, and as they descended into what would most assuredly be hell, they simply accepted that this would be a perfectly valid way to die. So long as they did so earning their freedom.

“The air and food in these areas are extremely contaminated, and as such any and all resources are to be destroyed on sight, though countermeasures and remedies are already in rapid deployment. Hydroacidic attacks have been significantly mitigated due to the reishi/kishi conversionary defenses, but that does not mean any of you should avoid being on your best defense. Our legionary outposts and Dreadnaughts are still functioning due to our defenses, but much as with the interior of our nation, its further defense is on you.”

All at once, the assembly began. Dozens upon dozens of weapons that had been specially requisitioned, hazard defense systems put into place, surveillance and reconnaissance all readied and established. Before long, their base had been established; a hazard-defense bunker buried within the ground, built such that its walls were the Earth and needed no major construction. The marvels of modern engineering were truly remarkable.

“All things rest in your hands now, my First and Final. I have every confidence in you. Vastime's safety lies in your hands, as always. Your life for the King.”

“Our life for our freedom!”

The Vastime First Penal Legion was ready for the claws of Shadow Fall, and would not give one inch this day.

War has started, world was falling into chaos and not even Vastime was spared from it. Contamination was spreading far and wide - food and air alike, there wasn't any lives that they were going to be left alive by their actions. Even with Vastime's defensive systems brought offline, the troops responded swiftly and calmly.

And she was no different.

Despite being gone for a good year or two, Verniy has never forgotten her duties when she became the ambassador of Russia. When the soldiers of Vastime responded, so did she. She readied a captain's coat worn behind her back and a sheathed katana placed firmly against her waist, and headed out without a word with the rest of the forces. While she was the type to listen to orders, there was only one thought in her mind: Home.

Once Vastime's countermeasures were in place, instead of following the forces and stand still until orders were given, Verniy headed straight towards the entrance that leads into Vastime whether anyone was planning to go there for defensive measure, in hopes that none of the Shadowfall forces has made any successful attempts to force their way through the entrance.

She finally had a place called Home.

And she wasn't about to let them wreck it on her return.

Status: Shadowfall forces are currently locked into engagement with Vastimian forces on the coastline. r[/adm]
__________________