A Day in the Life [Solo] 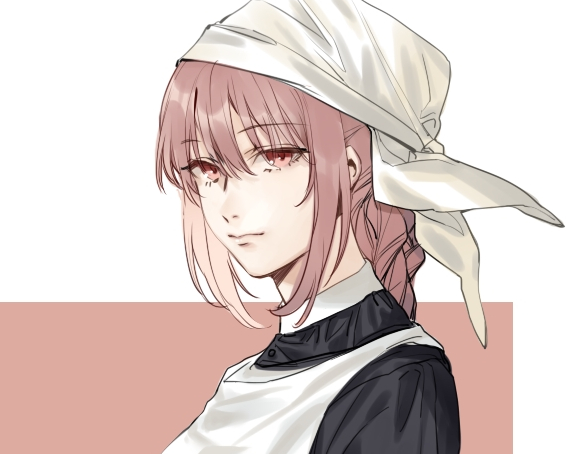 Abalia
Artist: - Song: - Word Count: N/A
It was almost 2 o'clock in the morning in the city of Roran, Vastime. Most were certainly still asleep, and those few who weren't likely would be sooner or later. As the clock struck 2, an alarm went off in the Tundra cafe. It was wholly unnecessary, of course. Its owner had already awoken two minutes earlier. Alarm clocks were simply a tool to correct for poor scheduling, and this woman was not one who lived even a minute off schedule.

With the faintest moonlight shining through her window, the light breeze of the night sending her curtains aflutter, Abalia Sesshouin slipped out of her bedclothes and walked purposefully to the bath. She turned the faucet to the exact degree it was turned every morning, and as the porcelain tub filled, she went to the mirror, inspecting herself as she always did. She had accumulated a few scars over these past years, but they were a source of neither pride nor shame to her. They were simply an indicator of a lesson learned.

Without even glancing back once at the bath, Abalia straightened up the counter, the small handful of objects atop it already in perfect order even before she did so. She pulled a small ceramic bowl to the front, mixed her toothpaste carefully, and brushed for exactly three minutes, to the second. As she finished, she turned and nodded once to herself, seeing the bath was filled precisely to where she expected. She turned the water off, lowered herself into the bathtub, and cleaned. She understood that many took a moment to relax in the bath, and that this was, to a great deal of people, the primary reason for even taking one. Abalia, however, simply preferred them to a shower.

When the bath was finished, barely 10 minutes had passed. The silver-haired maiden stood, drained the tub, and dried herself off with little ceremony. She dried her hair, opened her vanity, and applied the faintest bits of makeup. Abalia hid nothing with it, for she saw such a thing as unnecessary deceit. It was simply a matter of professional appearance, and even with it on, she did not look all too different than she had 5 minutes ago. Nodding in approval, she left the bathroom, not to return for the rest of the day, and moved to her armoire.

It may have been a surprise to most, but Abalia did, in fact, own more clothing than merely her standard uniform. A formal gown here, some more casual clothing there. She owned them not for any particular necessity (indeed, the vast majority of her casual attire had never been worn once), but simply because it was best to be prepared. Should such an unexpected turn of events arise, she would at least have the appropriate clothes to simply “hang out,” as they said.

She removed what was, by all accounts, an exceptionally antiquated dress from the armoire, and set it on the bed before turning to her dressers. She opened only the top drawer, and withdrew an unremarkable set of white undergarments. They were unadorned, merely functional, just as she preferred things. Over them went an equally plain black dress, tied carefully around the waist with a ribbon, and then a white apron atop that. A white head scarf finished the whole ensemble, keeping her hair out of the way. Abalia checked herself once in the mirror, nodded at the completion of the whole thing, and made her way downstairs. The time was 2:30, and she still had such work to do.