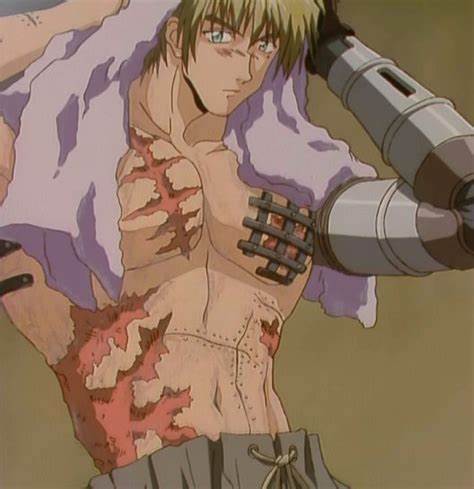 Right. Desert.Colin blinked, opening the can of soda in his hands as he tried drying himself off with a towel. He was on his campus, in the middle of the Wastelands. The windy sands blew far in the distance, but the modern buildings covered the area he was in. The activity center had just been completed, and not a moment too soon. There were tennis courts nearby if anyone actually wanted to play on them, but the main attraction was the pool. And the gigantic slide that Colin had created for it. He had only been out of the freshly crafted swimming pool and he was already feeling the summer heat on his body again. Wonder who'll show up, though.

Places all around the world had become way too hot recently. Could this be the power of Global Warming? Colin had thought to himself, and then resolved to do something about it. The way he had done that was… well, by distributing invitations across the seven winds. Who knew where they would go, or who would receive them.

[[This is meant to be a silly, casual thread. There's no posting order, you can jump in or out whenever. Anyone can join for any reason whatsoever, and none of the interactions are canon. If you'd like to craft a plot from something that happens here, or find chemistry between two characters, I'd be happy to suggest ways for them to have met outside of it, as Arena threads like this one are non-canon.

Song: N/a STUFF - Artist: N/A STUFF - Words: N/A
As fun and necessary as vigilante work was, it didn’t really pay the bills. Every now and then she had to continue on with the facade that she had what most people would consider a real and normal job. As it turns out, most didn’t really think of running in a tight red suit with a mask and a baton and whip in the middle of the night to be work. It was for some, but while her outings usually ended up in pain, shame, and regret to evil doers, it came without the aspects of sexual satisfaction or more importantly, pay, that was offered to those in the dominatrix scene; but enough about fetishes!

The flight had been long enough as it was. And with literally nothing worth watching on Chillflix, Tatiana was more or less forced to respond to all the roleplaying threads she had accidentally forgotten to post for. Lately she had less and less time to post on Platinum Souls, though she kept in touch under an alias no one could really recognize. The last thing she needed was a smart enough weeb hacking her system and discovering the true name and identity behind the vigilante known as The Crimson Cat.

The reason for her trip was to deliver something to one of her colleagues. There was a new patent on a high end enclosure for a very efficient and expensive power supply. It had taken months of work and research, but their collaboration had paid off. Tatiana had chosen to drop off her research and models at the campus and take the opportunity to check around the area and enjoy a well deserved vacation. God knew she hardly went out as it was. Beating thieves up didn’t actually count. She was missing the whole social aspect that didn’t end in violence and awkward silence. At the same time, she figured that this far away almost no one would know about the Crimson Cat, let alone manage to connect any dots. More importantly, most of the students would not be on campus so enjoying the pool in this heat seemed just right.

Her choice in bathing suit was more or less made for her. She had not planned for any of it and so had to resort to buying the outfit from the nearest store. It seemed like swimsuits had gotten smaller and smaller over the last decade. Either that or degeneracy was afloat among the younger generation. Alas, choosing the most casual and most covering two piece suit she could find, she purchased it and headed there. At the very least the flowery pattern was cute and it seemed to contrast rather well with her long blonde ponytails. She did buy a big pink floater, though it was certainly just because it was cute, and not because of her enhanced skeleton would make her sink wherever it was too deep for her to stand…
Coding By: [THEFROST]
__________________

Who in... A most... well, attractive woman... or at least, Colin hoped she was older than a girl .. had shown up. Colin supposed that he... Wait, isn't that from the student shop? Does she... no, we don't have any students who look like that.

The Headnaster pondered, gesturing at the pool in front of him. It was possible she would recognize him as such; but without his identifying red cloak, and especially with his normally spiked-hair wet down, it would be significantly harder to recognize him as any kind of leader of an academic institution. "Go for it. Water feels great." He invited her in with a smile, chuckling a bit at the pink floatation device she carried, but making no further comment.

"I think I saw your outfit in the campus shop. Didja know we're having a pool party today?" He asked the woman, crushing the end of the soda and dropping it onto the ground.

Then he stared at it for a moment, the heel of his foot pressed right above the top of it. Shit. I'm not wearing my boots. Old habits're gonna make me hurt myself.

So instead, he kicked the can. The wind seemed to pick it up, carrying it over to the nearest waste bin, unceremoniously plunmeting into its depths. Whether Colin had planned that or not... who could tell? Perhaps someone onservant enough to notice that wind was not matching the flow of the rest of the air at that moment... "I'm Colin, a teacher here. You find your way through the desert alright?"

Song: N/a STUFF - Artist: N/A STUFF - Words: N/A
”A party?” she asked just as the bass came from several feet behind her along with the sounds of music.

She recognized the song, and liked it. But she couldn't help but think if the timing was just perfectly timed to describe him or herself. Still, the fact that it was a party, and at campus, likely meant that more people would show up sooner or later. With a quick shrug, she hugged the pink floater and ran before jumping into the pool. Weeeeeeeee. In between the sun, the water, and the color of her swimsuit, it was clear she made the right choice. It was beautiful. Her hair sort of help covered whatever showed a bit too much due to water pressing the suit against her body, so no surprises there.

”I had to fly for almost a day to get here, but I really needed to deliver some research to the engineering department. Figured I might as well enjoy the stay for a bit.”

She walked and hopped her way in the water, keeping a hold on her floater despite being only deep enough for the water to cover her upper tummy.