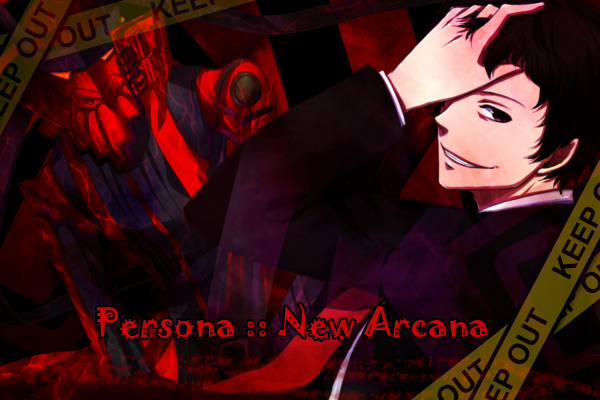 | Home | Rules & Guides | Our Story | Character Types |
Persona :: New Arcana is a role playing site founded in 2012 for fans of all kinds whether it's Devil Survivor, Persona, or any other Shin Megami Tensei based book, movie, show, or game! The possibilities are endless when creating powerful heroes to fight Shadows by using equally powerful Personas or creating terrible villains who abuse their power, making your own name in a range of big cities, countries, and--if you're ambitious--entire worlds. Be a Persona user who wishes to protect the world from Shadows and solve the ever-going mystery surrounding your home, or be a driving force that looks to use your Persona to gain power in society. Make the hero, or villain, you've always imagined in the Shin Megami Tensei world!

5 years prior, there was a catastrophe that leveled 1/4 of the Earth and caused Demons to appear... It was named the Eternal Divide, and it was caused by a lone Persona User. After that catastrophe, people became aware of Persona-Users and the Demons that followed. Anyone who had the potential to summon a Persona was marked as a Psyche Terrorist and locked away for "rehabilitation". No one wished to see another "Eternal Divide", or the chaos that would appear soon after it... 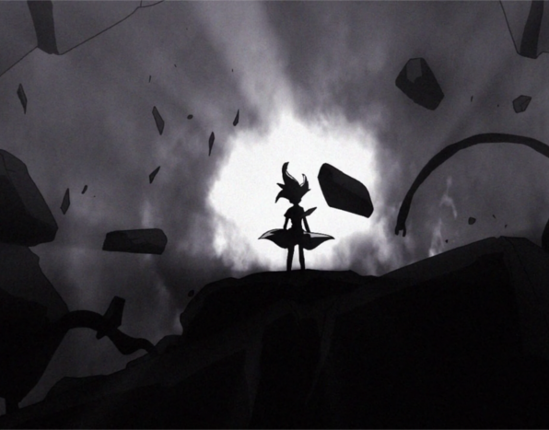 In the center of this chaos, a city was created and ran directly by the government. In the promise of protection, the people of this city sacrificed their basic human rights. In their eyes they believe they are being protected, but in reality they are slaves. Of course everyone is not blinded by the government's lies of protection but what could that possibly do except follow along? But even then, can they free the minds of those who are ignorant to see the government military force by the name of "Cadets" are the very Persona-Users they were to fear?


A terrorist was a terrorist... but what truly caused the terror in Endymion City?

"A Thing of Beauty is a Joy Forever" :: Endymion City

Our city that never sleeps. The City of Endymion is a safe haven to all! Forget that troublesome time and immerse yourself in that quality slice of life you just so adore. The pains of yesterday are lost today, all thanks to our Queen. Endymion is a city ran on a pseudo Theocracy. The one in charge of the Government is a single head by the name of Isla Lamecia. After the Eternal Divide she was the first to take a hold of the situation and became responsible for rebuilding Endymion; who was in the heart of the catastrophe. Once the city was rebuilt, there were immediate laws put into place within the city. Those known as Persona-Users who were not contracted by the Government would be sent to rehabilitation to be "reprogrammed". This facility was no different than brainwashing the innocent to work under the Government's influence.

The next order of business the Queen took care of was to split the large city into a number of districts that all serve a different purpose. Each district was given a leader to run it as they please, as long as they perform the job the Queen had given them. These are the very districts the people live within, and some of these "jobs" given to the heads certainly affect their normal lives. Whether it be tainting the food at the Agriculture Facility in the East Eden District, or using the media to keep the people ignorant; nothing is beneath them. The citizens of Endymion will never truly be free with these people in power, controlling their lives on strings.


Two sides to every Story 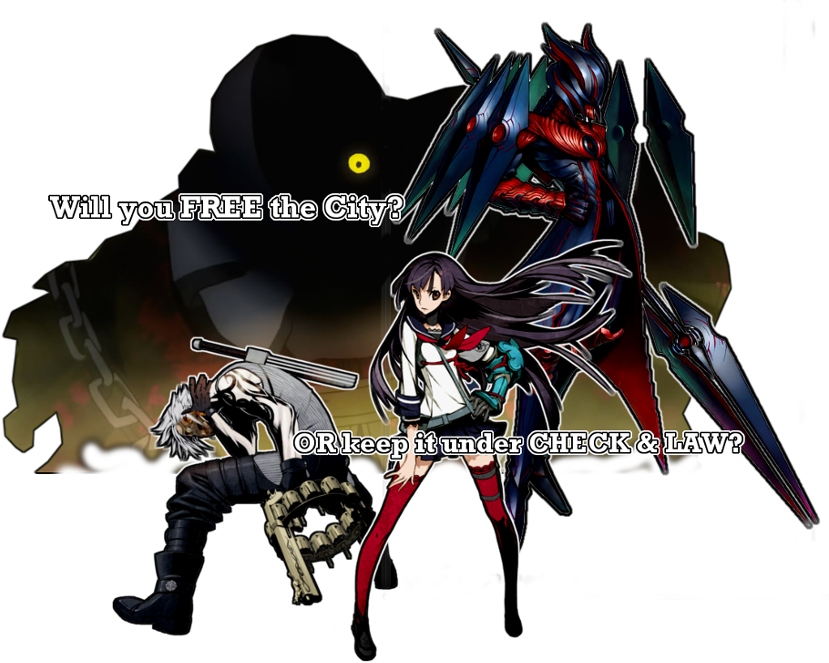 There is a thin balance between the natural and the supernatural within Endymion. Those who lack the potential of Persona only see one half of the city. Though they have knowledge of demons and Persona-Users, normal people cannot see demons or personas clearly. Instead, they see these creatures as distorted shadows of what they'd truly look like: simply monsters without a true form. Those who have awakened to their Persona can see these demons, Shadows, etc clearly.

There are many different types of demons in Endymion, all with their own alliances and story. Some demons work for the government while others do not. Not all demons are evil in nature, as you'll learn once attempting to speak to them through negotiation. Those who wish to join you will even give you their essence so you may form a Mask that allows them to be summoned into combat.

Masks directly correlate to your Persona if you're on the side of Philemon. When you are about to awaken you will learn that demons will attempt to course and corrupt your mind. Normally, this would be successful, however; your Persona acts as a mask to protect your true self from these mental attacks. Whenever you summon your Persona, this Mask will present itself upon your face, and change your appearance to protect you and your true identity from harm. Your appearance for this change will be your "Alternate Outfit' section on your application. Of course those on the Government's side have no need for these masks, so their Personas do not pass these masks onto them to protect their identity and self. Depending on your alignment will determine if you get this Mask or not.

The time of day is very important in Endymion. Though the Day and Afternoon makes the city look just as normal as anywhere else; at night everything seems to change. Certain areas and buildings throughout the City begin to change to what could be compared to labyrinths. These labyrinths hold significant importance to the Government and how they are controlling the city and its people. These altered locations usually hold District heads that control the people from the background of their lives.

Philemon's side will be fighting for the freedom of the city. Soon after awakening, you will be contacted by a mysterious figure to meet them at night in the Backlight District. If you accept, you will receive directions to a strange facility named the Platinum Playhouse.

The Platinum Playhouse is a hideout for those who would be labeled "Psyche Terrorists" by the Government. It is a place ran by a small demon that goes by the name of Larsinny. At this hideout, it is possible to meet in privacy with your fellow "terrorists" and plan how to free the city and its people from the Government that rules over them. As you continue to go through missions at night to liberate the city, you will learn the truth behind the Government's influence, and what really happened those five years ago during the Eternal Divide. However, once the government learns of your presence, will you still continue to deny them with your lives on the line? 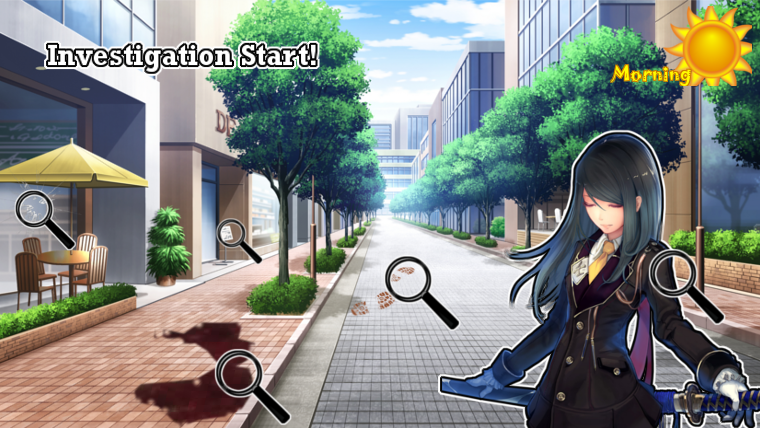 For the side aligned with the Government, you will be working under the Government as a piece of their military forced. You will be cadets of Class Zero, which specializes in the use of supernatural forces, such as Personas, etc. Unlike Psyche Terrorists, the city sees you all as heroes, and as such, your Personas do not protect your identities. You have higher authority than the basic police within Endymion, and have access to the majority of the areas with little restriction. However, being a cadet, you need to keep order within the city. Things have been relatively simple until recently. With a large number of the previous cadets going missing during their patrols, it is obvious someone or something is targeting them. To make things even more strange; dead bodies have been appearing around Endymion. The cause of deaths seem to be supernatural, with strong signs that a psyche terrorist or terrorists are behind it. It will be your job to investigate crime scenes during the day. There is a strong possibility that the crimes have something to do with the Eternal Divide five years ago; however it will be up to you to find out how. 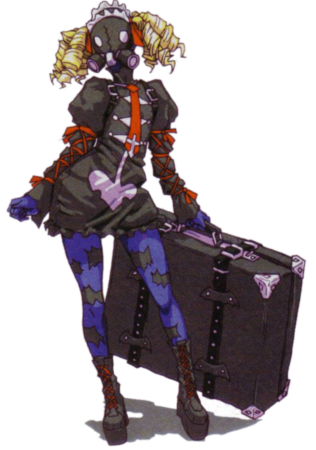 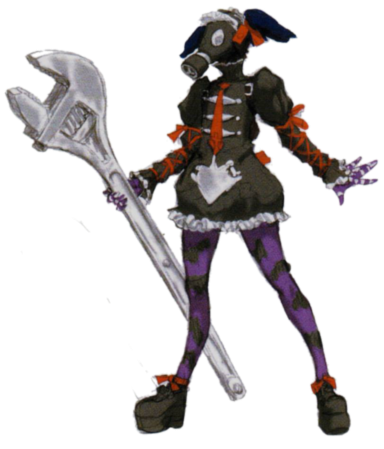 It's important to note that not all Psyche Terrorists are afraid of the Government, and those who work for it. There has been a rise of rumors on the streets of Endymion that there are a number of Psyche Terrorism picking up recently in the city. These terrorists acts are completely unrelated to the antics of the Platinum Playhouse, and are a lot more violent instead. It will be your goal to bring these Psyche Terrorists to justice before their tendencies get even more out of hand. The only way you will track them down is through your competence in detective work. You will have to question witnesses at crime scenes and do proper investigating. Once finding the location of a suspect, their dungeon will appear in the night for you to go investigate.


Some of the features of P::NA are below, but bear in mind that there are plenty more to be found if you decide to join us! --

✘ Beginner, average, and advanced RPers alike are welcomed!
✘ Many interactive sub plots and main plots!
✘ Helpful staff, thorough guides, and a friendly community!
✘ Ability to make custom Personas and choose which Arcana you'd like to use!
✘ Ability to create meaningful Social Links with others to grow in strength!
✘ Freedom to make your character a sinister Hero or a lovable Antagonist!
✘ Join school clubs and compete with your fellow classmates!
✘ Eight different character classes including Anti-Shadow Suppression Weapons, Velvet Room Attendants, and our brand new Wild-Cards!

--Thanks for taking the time to read our advertisement!--