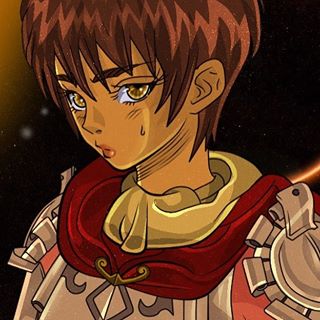 Life was strange, sometimes. It changed without telling the one living it that anything new has come about, or that danger was fast approaching. It liked to attack the blind who have no knowledge of what is to come. It liked to crush their hopes and their dreams without a second thought.

How, then, was one to prepare themselves?

Abigaíl Espinosa was one such individual, unprepared and uncaring for the dangers that lurked not within others, but within the shadows. She had seen the monsters that lurked there. She had become them. She had fought her way back and made a life of keeping them at bay. Now, they lurked again, angry and ravenous for the young woman sleeping fitfully in her bed.

She tossed and turned. Her naked skin was covered in beaded sweat, despite the cooling fall weather. Small groans and shaking arms hinted at the reason behind her poor condition, but could do naught to seek help in the empty apartment.

Inside the dream, Abigaíl walked her lonely path through her old family home. The lights that once lit the halls in grandiose gold had been snuffed out. Cobwebs dangled from the ceiling and corners. No voice came to answer her as she called out in the tone of a teenager, lost and frightened of the world that had turned against her.

The skittering, old and familiar as it was, scratched at the back of her mind as she searched. For what? She couldn't remember, just as she couldn't know the source of that noise. Again, she had become a child, and called out with her small sounds for a nameless parent to come and save her.

Yet, none would ever come.

Her search slowly lead her throughout the familiar portions of the manner, until every nook and cranny had given to her naught but more emptiness. The doors to the basement and the attic were locked tight, but there was still one that she could try. One more did call to her, and beckon for her that there was something still to find.

Ever more resembling the child, Abigaíl braved the darkness of the forest outside the home. To the old shed, she wandered on unsteady feet. Maybe, she told herself; just maybe, there was someone there who could help. Someone who could turn the lights back on, and show her safely to bed.

The dilapidated shack was much larger than she had remembered. Standing on her toes, her short arms were only just able to reach high enough, though with determination, she was able to see the door opened. Small, muffled groans came from the darkness within, but still, she pressed on, despite the gooey ground between her toes. On and on, until...

Her eyes adjusted to the light, and the girl froze in fear at what looked from all around her. People, yet not people; they stared at her with empty eyes and broken bodies. Some were fortunate and whole, but most were in pieces, if they were lucky. She could feel their anger. Their sorrow. Their guilt.

It all was directed at her.

Hands reached for the girl from the darkness.

Abigaíl screamed, loud and shrill in the darkness of her bedroom. The walls themselves shook as her power radiated outward in some attempt to protect herself. The window overlooking the street below had cracked under the stress.

She breathed, long and deeply between brief pauses. Her eyes were as wide as they could possibly be, staring out into the darkness as though waiting for the hands to come again. She could still see the faces, incomplete and in so much pain. She reached for her zanpakutō, and held it tight against herself while drawing her knees up to her chest.