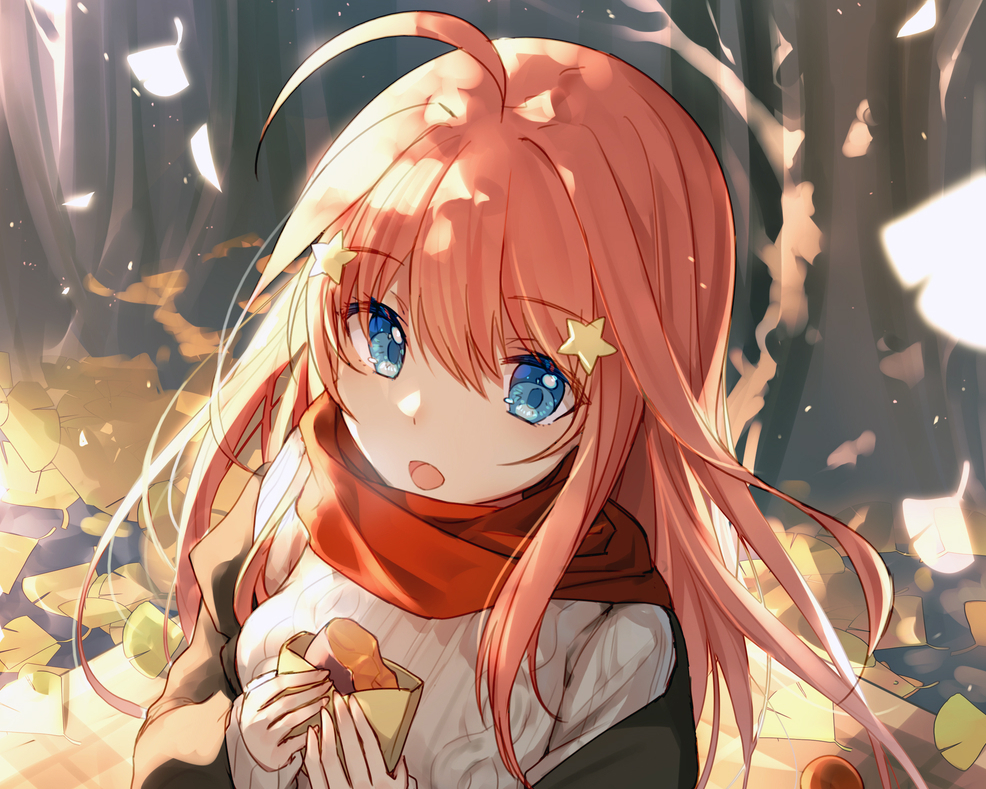 » Appearance Written: A girl of fairly unremarkable height, standing at 5'6" tall, Vegas' most immediately striking feature is her deep crimson hair, which trails well past her back. Her exprssion often conveys a very decided confidence, always seeming like she knows exactly what she's doing, and like she is very sure it's the correct course of action. She dresses casually, often in simple shirts and skirts on the longer side, and has a fairly average figure for a girl her age. 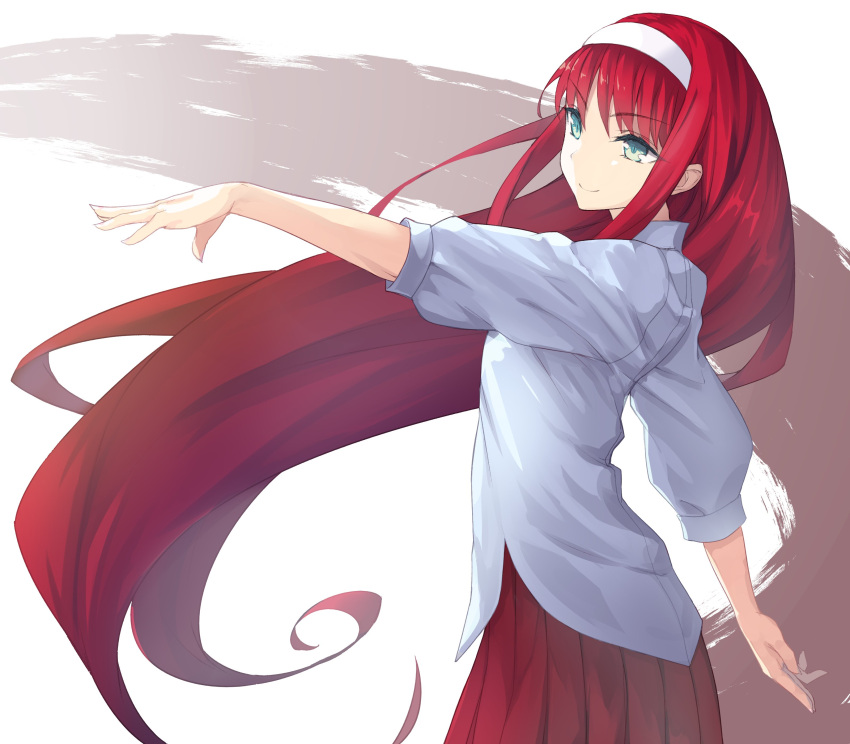 I. Personality
Vegas is, in a word, headstrong. She believes in herself with a fiery conviction, that perhaps borders on outright foolishness. The girl is wholly convinced that she can accomplish anything if she puts her mind to it, and that if she just tries hard enough, she'll succeed one day. Of course, the fact that she can quite demonstrably be stopped is still not a detriment to her. If she fails, she'll just try again. if she keeps failing? Then she'll just come back later. Nothing's gonna keep this girl down.

Of course, such overwhelming confidence doesn't come without some...well, some questionable intellect. Vegas lacks much in the way of brain power, having been a wanderer for most of her life, and it can't be said that she was born with a wide dearth of common sense, either. It isn't hard to find her in a bad situation simply because she didn't really think much about the consequences, though she does at least have the survival instincts to avoid serious, genuine danger. She doesn't mind, though, and her sheer self-confidence means that even when she has trouble with basic things like math or reading, she feels no shame.

I. Relationships
» Alex Vaugrenard: Her dad! He's cool and she loves him, even if she thought at one time that he was the worst.

I. History
Vegas was born, perhaps unsurprisingly, in the city of Las Vegas. Her mother, Acrasia, was a demon, who had simply been visiting the city in a bit of reconnaissance for the eventual invasion by Sin Fall. Acrasia was nothing too terribly special, a demon whose total normalcy made her perfect for such a task. Vegas' father was a 16 year old firebrand who happened to be visiting Las Vegas, one Alexander Vaugrenard. The union was simply a one night affair, and Acrasia never saw Alex again. This would have been perfectly fine with her, but unfortunately, she was left with a souvenir she had not asked for.

By all accounts, Acrasia had assumed her child would at least be tolerable. She had not particularly wished for the child, and named her simply after her place of birth, but it had not occurred to her the degree to which the girl would remind her of Alex. Brash, impulsive, difficult to teach, and of course that burning red hair. She then had an idea, and told the young Vegas to go and search for her father. Naturally, Vegas lovd the idea, and was only further spurred on by Acrasia's insistence as to Alex's horrible nature, how he had abandoned her, and wouldn't Vegas be a dear and teach him a lesson? Naturally, the girl took her mother's words to heart, and simply went off into the world with little idea what she was getting into. Acrasia then returned to Demon World, never to return to Earth. Her job was finished, and she did not care what happened next.

For nearly 9 years now, Vegas has ben searching in vain for her father. She has traveled a good deal of the world, nearly been killed more than once, and only narrowly escaped destruction during not only the invasion by Sin Fall, but during World War 3 as well. Her whole life has been this search, but she has never once given up for even a moment. Only very recently, however, has she finally found a lead. She had always had great difficulty finding any longterm lead on him, and at one point she thought he might have been dead. But it seemed as though the redhead named Alex had begun to wander just a bit less, to frequent the same few places. This was just what Vegas had been waiting for.

I. Equipment
» Sparkle Pop Pendant: A mysterious necklace that Vegas found in her travels, this pendant is what allows her to access her alter ego, Sparkle Cayenne.

» Rebel Spark: It is no secret that Demon Energy is a volatile and unstable energy, and this is no different when it comes to the energy that courses through Vegas. However, unlike in most cases, its attempts to control Vegas are not alone. In addition to having inherited Demon Energy from her mother, she has inherited her father's Riot of the Blood, and as the two forces both vie for control of Vegas, it has led to a rather peculiar outcome. Put simply, the two almost entirely neutralize one another, as they seek to dominate the other before they can dominate Vegas.

The only time in which this is not the case is when she is in moments of extreme duress, typically far greater than would normally spark the control of either Demon Energy or the Riot of the Blood. In times such as these, the two both rise to the surface, as if Vegas were to perish, there would be nothing for either of them to control. All of the bloodlust and aggression of the Riot of the Blood boils to the surface, and the Demon Energy that she normally lacks any knowledge of begins to simply control itself in her stead. When in this state, Vegas' Possessive Magic and Strength skills reach the same level as her Willpower. Her Focus, Mental Deduction, and Durability, however, all plummet to Untrained, as her mind and body are both in total chaos in this state.

While in theory Rebel Spark would last until Vegas is unconscious, dead, or no longer in a state of danger, she is still a young girl who has not spent any time coming to grips with this dangerously chaotic state. As such, her body will begin to quite literally rip itself apart after 10 posts, and after 13 posts total in this state, she will begin to experience permanent damage to both her body and soul.

At this time, Vegas has no knowledge of how to access or apply her Possessive Power. She has never been trained in it, nor has anyone been able to tell her about it. As such, she has no abilities which come from it at this time, which would include a Possessive Drive.

» Overview: By activating her Sparkle Pop Pendant, Vegas gains a host of new abilities, along with a new appearance. Her age seems to increase by a few years, and she gets a cute new outfit and a snazzy new sword. All of her abilities as Sparkle Cayenne scale off of her tier, and there is no time limit to her transformation, though if she does become exhausted of all her energy reserves, it will automatically end.

» Transformation: To activate her Sparkle Pop Pendant, Vegas spins once quickly, then strikes a confident pose with her right arm extended toward the sky, pointing confidently upward. She then loudly exclaims, "Spice up, Sparkle Cayenne!" At this point, her immense sword materializes in her right hand, and her magical girl attire replaces her street clothes. 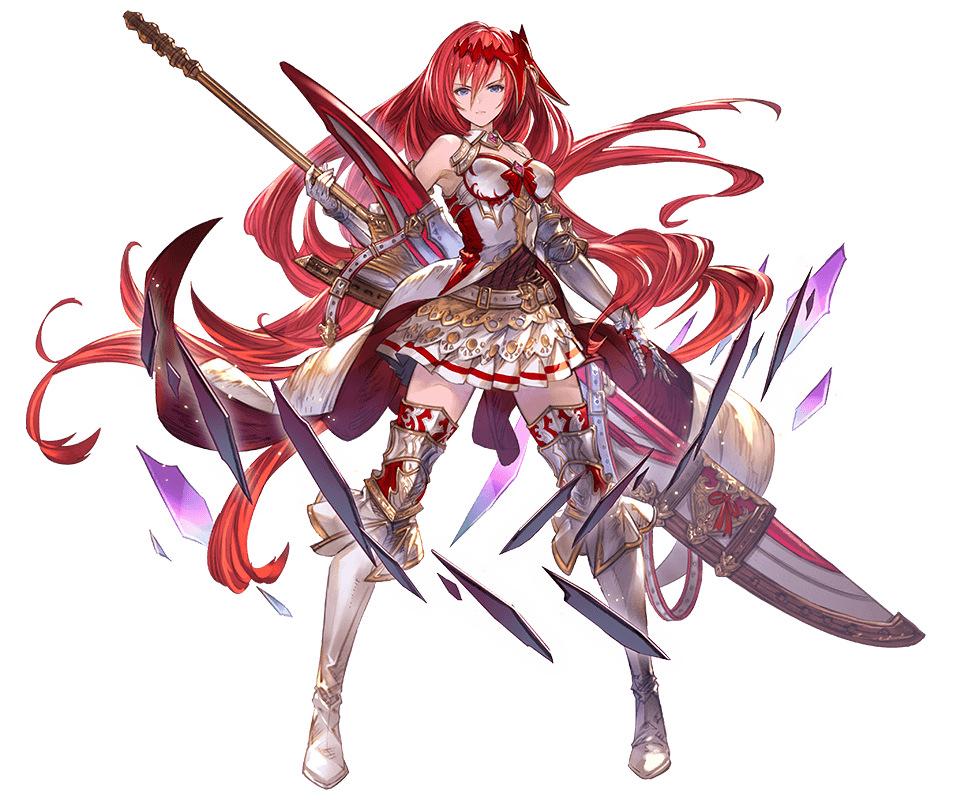 » Glitterblades: The most basic ability provided by the Sparkle Pop Pendant, these shining purple blades manifest around Vegas as soon as she takes on her transformation, granting her five blades per total subtier she has. This means that at 5-5, she would have 5 blades, while at a hypothetical 0-1, she would have 150 of them. Vegas may control the Glitterblades freely in a radius of up to 10 miles (wow!), but as she has no abilities which actually provide her with a method of seeing things that far away, they only have an effective range of what Vegas can actually see. The speed, strength, and durability of these blades is based upon Vegas' Power Control skill. If broken, they will reform after 5 posts, with a reduction of 1 post per level in Energy Regeneration that Vegas posesses.

» Sparkle Bomb: Currently the only other ability that Vegas has devloped for her Sparkle Cayenne persona, Sparkle Bomb is actually rather simple. By dismissing a single Glitterblade and coalescing that energy around one of her hands, Vegas may empower a single punch with quite deadly effect. Upon the impact of that blow, the energy explodes forward toward the target, all of the energy once more forming into many smaller "sparkles" as she calls them, which would more accurately be described as "shrapnel."

• Let's Get Down To Business •

• Let's Get Down To Business •

Power Control from Adept to Advanced!