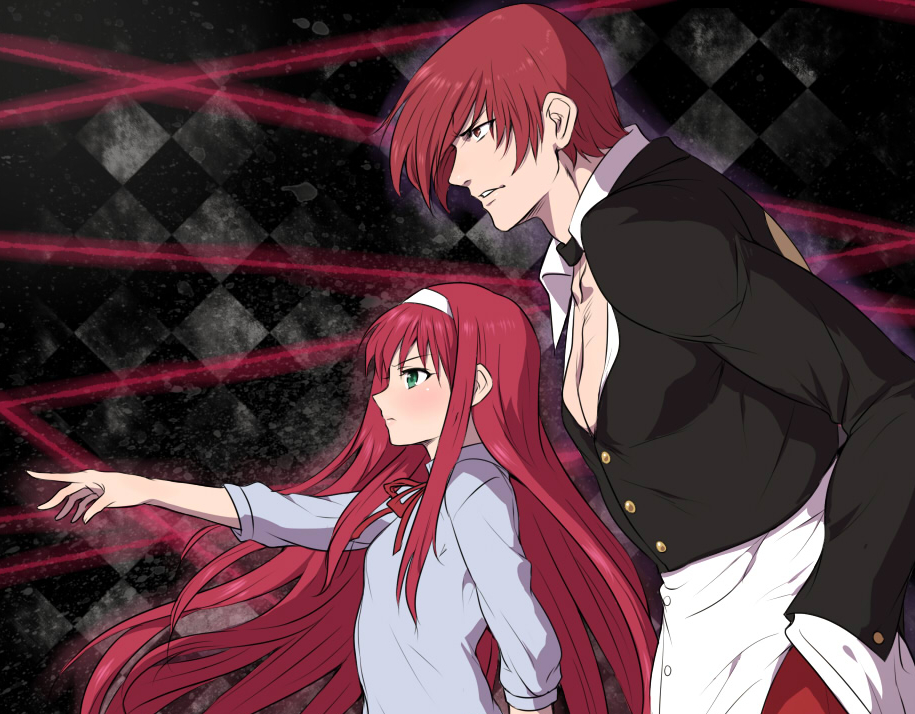 With an energetic squeal of excitement, Vegas could only grin widely as she struck a different pose, doing her best to match the sheer spectacle of Ulv's own transformation. Her Glitterblades spun around her at perhaps a dangerous pace, though if nothing else it did certainly make for a very pretty sight.

Alex, though, was busy considering Ulv's words. She was right, he'd need to figure out some way to explain this all to Nel. He really didn't need this test to even tell him that the kid was his, he could tell just from how she acted, how she looked. It wasn't like the issue was that he'd banged other chicks, Nel obviously knew that already. It was just kinda...weird to bring up.

Thankfully, the nurse arrived on the scene, to give Alex the results (and to ask Ulv if she wouldn't too terribly mind reining things in a bit). Of course, he already knew the answer, but sure enough, he checked the results anyway.

It was a match.

Both he and Vegas looked at it for a while, and after a good long moment of silence, Alex set the papers down, just studying the girl for a while. He didn't have any trouble accepting that she was his kid. It wasn't surprising, but there was more to it than that. He could see it in her eyes, that burning drive to prove herself, that confidence that really made you look like a total fucking moron sometimes. It was like looking into a mirror back in time, honestly. He wondered, idly, if this was how Lydia felt when he was that age.

He crouched down, just enough that their difference in height wasn't so significant, and pulled his daughter into a very earnest hug. He didn't know what else to say to her, words weren't his strong suit at all. But she reminded him so much of himself that it honestly hurt to see. She'd been through the same shit he had, wandered just as much. But at least he'd had someone to teach him for a while, someone to show him the ropes, you know? He tried not to think too much about it, he didn't wanna get even more upset. He wanted this to be a nice moment.

"I'll be a better dad from here on, alright? Promise."

Of course, Vegas was entirely stunned. She'd never really gotten this level of affection from anyone, and she'd definitely not expected it from this guy. Wasn't he supposed to be the bad guy?? She was supposed to teach him a lesson! But...he was just being so nice to her. Why was he being so nice..? She didn't know what else to do, so all she really could do was hug him back, her sword dropping to the floor with a very loud clang. She'd figure it out, right? She was Vegas, after all.

At the request of the nurse, Ulv cocked her head for a moment but then realized that she was using her tulpa-enpowered Bankai to pull this form off and might be slightly disturbing to some people. Letting out a 'nyah!' of shock, the form melted away and an awkward Ulv scratched her head and apologised.

Then the results came in, and Alex was awashed with emotion for his daughter, it was a super touching moment that made Ulv's heart go weee. But, she kept it in and kept it quiet and just watched the two. It wasn't a moment for her to interrupt. And with her mind her own now she needed to think how she was going to explain her recent outburst to Abalia and Hayden...

For a good long while, neither of the two said anything. It was just a quiet embrace between a father and his daughter, nothing more and nothing less, and Alex wanted it to last as long as possible. He wanted her to know that he really hadn't meant to leave her like that, that if he'd just known, he would have come back, he'd have been there, he'd have taken care of her-

"Hey, kiddo. C'mon, we got catching up to do, and this isn't the place for it. Ulv, we're heading back to the Tundra. I figure Abalia's probably gonna be around here soon if the cops haven't showed up by now, so I'll probably catch you later."

Alex released her then, but rather than standing, he simply turned around and picked her up, carrying her on his back without actually asking if she wanted to be carried. He was gonna do something for his daughter. This was a good start. 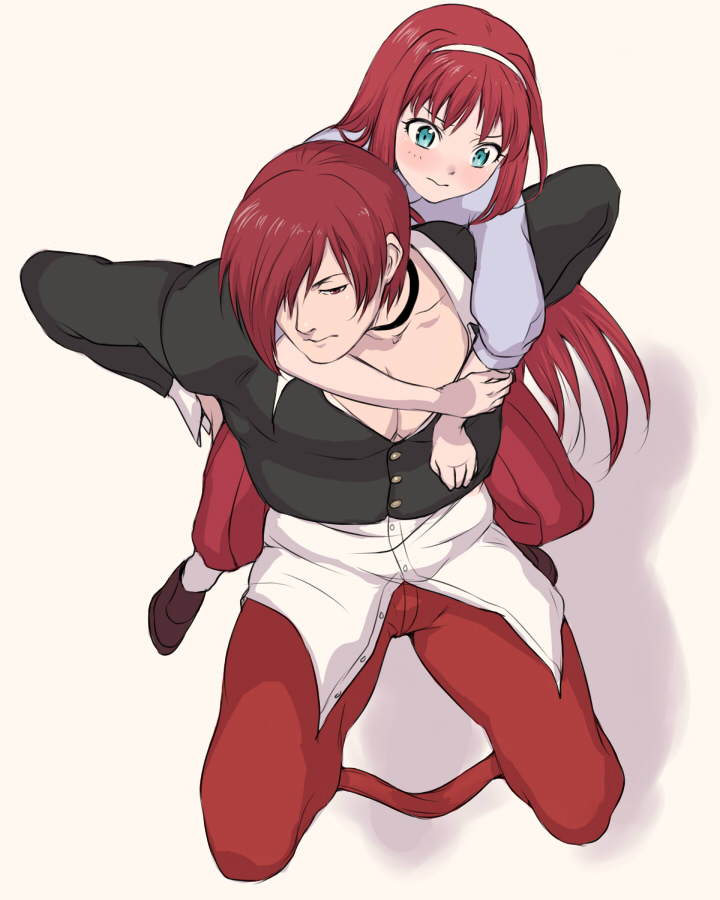 There was no actual objection to being carried like this, and while it was obvious that Vegas was rather unused to anything like this, she didn't fight it. If anything, she held on rather closely, partially just because she didn't want to fall, but mostly just because she'd never really had someone treat her this way. She was always just 'that kid,' nobody ever just...did things for her.

"No? I guess that's fair. But I'm not gonna call you Vegas. No offense, but that name sucks, no thought put into it at all. You need a good name from someone who cares. A name that fits."

Alex mulled that over for a little while, tilting his head back and forth as he thought it over. He made sure Vegas wasn't falling or anything, idly keeping an eye on anyone around. What to call her... Ah, that'd work. Maybe it'd be a little cheesy, but he sure didn't care.

"Mm... How about Alex? I think that's a pretty cool name, and you sure seem like an Alex to me. I don't normally like to share, but I'll make an exception for you."

Unable to reply at first, Vegas just held onto Alex a little tighter. She thought about it in total silence for a while, then nodded very softly.