You Are Cordially Invited... [Abalia, Yugiri] 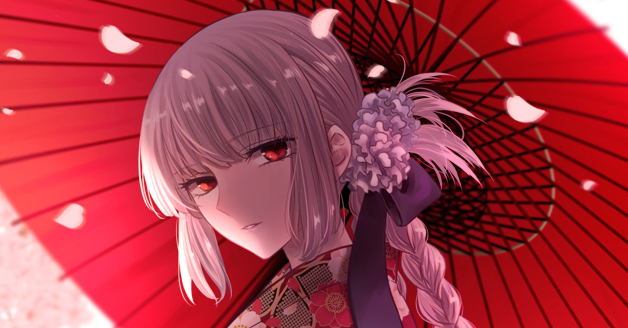 ABALIA KYORAKU-HAYDEN
"While I admire the actions of the Onmitsukido in such a situation, it strikes me as a failure of justice. A noble causing such strife, only to simply be taken out at the order of other nobility. No formal trial, and no word from the organization he impacted to begin with. The Gotei fail in execution in these days only because the Sokyoku has yet to be restored. Something I intend to rectify, I assure you."

Another sip of her tea, and Abalia simply accepted the question Yugiri offered her in stride. Was this intended to be a difficult question? It seemed as though it was, but Abalia knew far better.

"The nature of Realm Enforcement involves far more than simple policework. Standard taxation is a matter of course for any well-run state, else what would fund them? Land in the Seireitei does not come freely either. Officers do not own the land their homes are placed on, and ergo, rent is expected accordingly. Given the many noble pedigrees, it is rather easily afforded on their behalf.

"We do not live in a world wherein the Soul Society is simply disconnected from the other realms. Trade is the norm, and I suspect millions of kan have been made today alone in simple royalties for devices originally created in our laboratories. This realm is the sole source of sekkiseki, and given the state of the world, do you think such a material does not command a premium beyond measure? Do you think the Gotei still merely a military organization, Lady Shihoin? While once its only purpose, it has had no choice but to adapt as the other pillars of the Soul Society have fallen by the wayside. The Gotei is far more than the mere strongmen it once served as. In the vacuum created by the failures of others, it has succeeded." 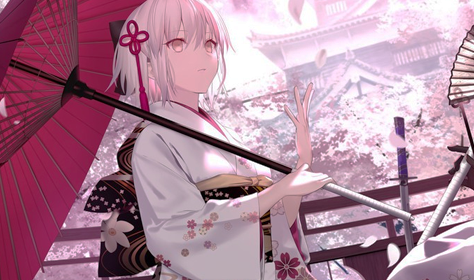 Yugiri Shihōin
The way she didn't hesitate, the execution of tone and sheer confidence in herself while being entirely unyielding in providing irrefutable arguments. This is what peak nobility looked like, Abalia was everything she tried to be.

So why was this woman from the slums of trash and decades younger than better at being a noble than her!

Her smile had gone, her face was only a neutral and tight look.

"Those pillars have not fallen, they were torn down. Balancers do not involve themselves in the affairs of those they balance, you are a shinigami. Not a human. You do nothing to try and repair the broken realms but embrace it. This is no longer the Gotei, these are no longer shinigami and you invite ruination as a result."

Her cool was basically gone. She was not screaming, she was not crying and she was not killing but Yugiri's facade had broken and she stood up to state her next words.

"If you'll excuse me, Lady Kyoraku. I have other things I should be attending to. I've entertained this meeting longer than I meant to with other affairs."

She spoke much the same as she introduced herself, with lady-like ettiquette but her words and voice lacked any faux kindness that it had started with.

ABALIA KYORAKU-HAYDEN
If Abalia were a more spiteful woman, she would have smiled at the unfathomably apparent fury on display before her. She allowed herself another small sip of tea as she studied the woman, and only as Yugiri stood to did she, too, allow her facade to fade, her gentle demeanor entirely giving way to her ice cold, unflinching demeanor. Not out of any lack of self-control, of course, for Abalia had that in spades.

It was simply common practice to remind children of their position.

"It is always preferable to tear down a weak support structure, to create more room for a suitable replacement. You are correct, I am a shinigami. As such, I have done what is best for the continuation of this organization, without relying upon the support of outside elements. If you do not like it, you are under no compulsion to remain. But you do have some of our equipment that would necessitate return if you feel so strongly."

There was quite literally zero hesitation or sympathy as Abalia delivered such a blunt statement. If Yugiri took issue with the Gotei, she was free to quit. It was quite self-evident already that the girl had ideals which did not align with the truth of reality, and Abalia would not fight to maintain someone so lacking in basic composure.

"Yes, I do suppose that this meeting has gone quite long enough. Thank you for your time, Lady Shihoin. It has been a pleasure."

Yugiri Shihōin
There was so many things she wanted to say; that she didn't get it, that she was wrong, that she hated her. All of these emotionally charged and she still had the capacity to not blurt any of these out lest she dig this hole deeper. All she could do was echo to herself how the organisation itself didn't matter as it was the soul cycle that mattered at the end of the day but this was a step back. This just reminded her of the story she'd heard growing up from another noble of another great family and how all it seemed to do was offer up complete control to the woman in front of her to dabble in as she pleased.

Exactly as she wanted it, as bad as the Kuchiki and Tsunayashiro.

With that, she was gone.

1, 2
Permissions in this forum:
You cannot reply to topics in this forum
Who is online?
In total there are 10 users online :: 0 Registered, 0 Hidden and 10 Guests