The silent night reveals what's under the surface. 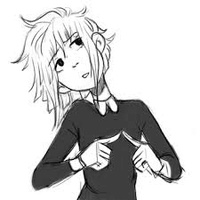 The silent night reveals what's under the surface.

It was past midnight with heavy rain continuing onward with no end in sight. Everyone was asleep . . all except for Milora. She couldn't sleep thinking of the Hollow she encountered and the shard that dropped from her face. As she jotted down notes of what she think happened she heard loud footsteps. " Is . . is it happening all over again?! " were her first thoughts as she dashed to the window. As she shoved open the window, she was met to a Gillian approaching slowly. Its size was tall enough to be considered a threat, but not enough to be seen above most buildings. Regardless to if it was the dead of night or its height, how could it approach just like that? Why? How? None of this mattered at the time since only one thing came to mind; " Fight or Flight. ". She screamed for others to awaken however nobody responded. With what little time she had Milora checked around to see if anything happened, and each room was empty, no person in sight. There were traces of struggle in most of them, but left untouched more the most part. Then came the last room, where she saw small hollow alongside corpses. With a second glance she immediately ran and slammed the door behind her, looking out the window across the hall to see the Gillian charging a Cero. She ran into a room and jumped over the bed, breaking through the window. The Gillian shot the Cero, destroying everything within, including the Hollow. The force would push Milora, but she wouldn't make contact with it. Once dust cleared and she got up, she ran. Milora ran and ran without an end in sight, the Gillian continuing on her trail. Although big, it was surprisingly fast, and all things considered, Milora was fairly slow. Then, things changed with what happened next . . .


Someone please give feedback. Or not. That's cool.

Re: The silent night reveals what's under the surface.

Luckily for the girl this night, someone was in fact listening. Hollows causing issues in the city? That definitely was annoying, but easy to deal with. A shadow would fly past the ongoing pursuit beneath, soon someone landing rather roughly between the girl and the hollow. Shadowy tendrils would suddenly wrap around the hollow's arms and legs, forcing the beast to stop and be forced onto the ground. The beast locked, the figure who had trapped it would rise up above it, soon getting in it's pasty white face, and spoke,

"Bad. Very bad. I understand you must eat, but do not do it here, or feast upon the living,"

Her tendrils tightened, only to establish more of a reason for the creature to fear her,

"If I dare catch you doing this sort of behavior again, I will tear that mask of yours off by force and ruthlessly punish whatever is left. Am I clear?"

She spoke with the cold authority of an angry mother to a child, sighing softly as she then exerted a great amount of anger, eyes filled with fury as she radiated a violent will unto the creature. The girl behind may even sense the dangerous will, but it would be clear it was not meant for her,


She would then release the hollow, and if it had any brains it would run off before it made her any more upset. She sighed listlessly, straightening herself up, and then turned to look at the girl behind her with a bright smile on her face, giving off an entirely different vibe from mere seconds ago.

"Ah hello there! Are you hurt? Did it touch you? I only ask because hollow skin can be acidic."

She had skipped over and gave her a look over, seeing that she only had minor injuries on the surface,
"Well you look alright, but do you feel alright?"

Re: The silent night reveals what's under the surface.

Milora would look at her, then turn to the ruins of the orphanage. She dropped to the floor, dead silent. She stared at the floor lifelessly, then the tears would begin to form up. She'd sniffle before wiping the tears away, looking at the woman. She seemed to keep her composure before speaking.

She ran away, teardrops falling from her face. After aimless running, she stumbled across a populated alleyway full of underground criminals. She decided to keep her head low and look around, trying to figure out her next move. In the end, she decided to move to a bundle of small boxes to keep herself hidden. Now, she was completely alone.

Last edited by Gazingas on Tue Jan 14, 2020 6:05 pm; edited 1 time in total (Reason for editing : Changing the last paragraph to gain a conclusion.)