Takehiko had gotten called in due to him being first. While some thought it odd that he showed up. The Vice-Captain saw the injury as a problem that few would have handled. He'd been making documentation notes of her injuries listing them down. For a sparring session, it seemed almost too far even by his measure. Bandages were yet wrapped around his hand where he sacrificed blood. He'd regenerated it but the wound itself took time. His left hand held folders and documents with paperwork. His right hand rose and the back of his hand tapped on the door. Asking for permission to enter now. "Here with the Medical Report on Keiko Kuchiki, Captain Commander Kyoraku" He said it as a matter of factly not meaning insulting or anything. His studies at the academy had been going well. He'd been top of his class outside of Hakuda. But that wasn't the issue today. What brought about this sudden amount of damage. Takehiko didn't have an answer for that even remotely. His frame waited until told to enter and di so. Placing the files on her desk with each marking her injuries.

Takehiko had very neat penmanship and had written each injury and the cause of them. Also discussing possible outside interference inside of her body. Of a nature akin to a malevolent hollow inside of her. Though he couldn't be sure and called it a spirit. As she lashed out with negative energy and it combated his medicines. Causing some hoops that were requiring fixing. Though thanks to her he also got back his emotions. Some of them had returned at the very least it seemed. He was still formulating options and ideas for this. Treating her injuries required a farther Kido spell then he used thus far. But for that to happen she needed to trust him. Takehiko wasn't going to force Keiko to do anything she didn't desire to do. This incident was problematic for the parties involved. A Shihoin and a Kuchiki, it was a timebomb realistically. The fuse may have been lit already was a concern of his. But Takehiko as a medical professional had to consider Keiko's health. Before any of the politic hoops and things hung about.

His paperwork on her injuries was about four stacks thick noting injuries and causes. Also, his treatment usage explaining why he'd used his zanpakuto. As she didn't seem to be stable and frightening her further would have been trouble. Takehiko waited ready for the Captain Commander's questions or requests. Maybe she'd send him off it was hard to say. This situation wasn't idle by any measure of the word. 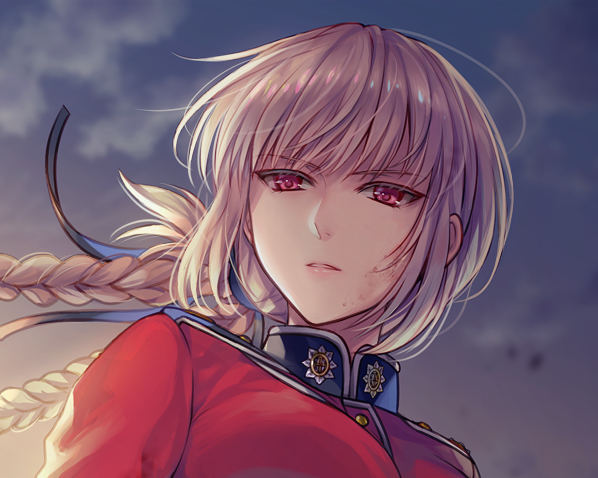 Abalia was already standing when Takehiko arrived, and despite her expression being as plain as ever, the atmosphere in the room was very clearly not a pleasant one. It was not so much that Abalia was incapable of hiding her emotions, but simply that, in her role as the Captain Commander, she felt it only right that she at least make some attempt to emote for the sake of her subordinates. Even if all that might entail was a change in atmosphere.

Reading through every page of the report with rather exceptional speed, she set the paperwork down only after she had a full picture of what had occurred. This would be a political disaster if not handled carefully. While it could have served as a means of leverage... Frankly, she simply would have felt unclean using an injured child for that. Perhaps motherhood had softened her just a bit.

"Have we put together a full picture of what occurred? A timeline of events that led to this injury?"

Despite the many roles she had come to fill, Abalia had still spent many of her years as an officer of the law. At times like these, that demeanor came forward in its fullest, a need to establish all possible facts about a situation.

Takehiko nodded his head and spoke now. "I established as much as I could on eye witness testimony. " He said now as he had done due diligence and took reports while present on the scene. From what he gathered it seemed a regular sparring session gone wrong. "The match was decided first according to people's reports over a dispute of some sort as Keiko and Kintori Shihouin discussed something. After that, they fought ma'am though there is further to report. " He looked at her for a moment as he waited and spoke now. "If I may Captain Commander Kyoraku." He said more asking permission as he waited for it to be given. Opening the folder showing her a diagram of Keiko's injuries before he arrived. It was akin to an X-Ray, Cat scan and many other things in one. "Her injuries were being sustained, kept in power by something. I can't be sure, but when I arrived they were unable to treat her traditionally which lead to me using my zanpakuto to treat her."


"I'm unsure if this is due to Keiko or Miss Shihouin. But what I can say is the injuries were not treatable under normal circumstances and required a different approach. " He said stepping back and remaining formal. As he could be in this situation. He didn't know what caused Keiko to suffer in that way. It was unknown to him in every regard. He as a healer would have been unable to treat her. Medicines were also faulty in this situation, it meant his studies would need to be tripled. He needed to find a spell or medicine able to combat it. He couldn't give her much beyond conjecture about it. But whatever it had been, did not want Keiko to be healthy. It fought very hard against him to prevent that. Had anyone else gone it may have been plagued with issues. Keiko's situation wasn't over yet and he didn't know what it meant. His Captain had given him leave, but Takehiko didn't do leave. He worked and tried to find solutions as he was a medical specialist.

Still, it was troubling to not have a concrete reason for what hurt her. His needle detected things. But nothing those women could explain to him either. Regular Shinten had been fought off by her, it left some increase in concern in him. But this report was all he had for her at the moment. It was disgraceful not to have more information. But he didn't think it wise to blame anyone yet. It could be indicated her injuries did come from her opponent. The part that bothered him was her injuries not taking treatment. As much as her health concerned him some negating the power of Kaido or medicine was beyond problematic. They were already behind in many places medicine was one he'd rather they not fall further behind on.

"Thank you, Vice Captain. Walk with me."

Abalia stepped out of the Captain Commander's office, pulling her haori over her usual suit jacket as a matter of course. She did not necessarily feel that it was required, but she understood that tradition dictated she wear it. Throwing out such mundane tradition would do nothing but put people into a state of unease, after all.

"I want a more elaborate study on whatever is preventing her from a full recovery. Energy source, location in the body, give me a full report ASAP. Do not put undue stress on the girl, the last thing we need is to make this more difficult for her, but you must understand that not all healing comes easily. You have my authority to use your best judgment."

Arriving at the offices of Realm Enforcements investigators Abalia quickly began delegating roles to whoever had a spare moment. She would not rest until a complete dossier of all witness accounts and evidence. This was not a trial, but Abalia had to be ready for if it became one. This was, after all, still a matter that had occurred under her jurisdiction, a Shin'o instructor harming a Gotei intern. To that end, she would do everything in her power to see this through to the end.

Takehiko followed as instructed as he agreed that they needed to know more. Was it something special of Keiko Kuchiki? Or perhaps a byproduct of the Shihouin's fighting style? Takehiko had little to go on as of now. But her orders gave him a reason to travel home. He'd do the most he could study wise and help. Takehiko would use all the medical knowledge and experience. Including somethings that were less known. He didn't want to cause her undue stress or pain. Takehiko spoke finally before preparing to depart. "It will be done by Captain-Commander Kyoraku. " Takehiko said answering as he turned on his heel now. Heading for the door to his Division. He would need supplies for this task entirely. To find out what prevented medical attention being rendered. But what's more, if he could help his family member more. Takehiko would see the Kuchiki defended to the best of his capabilities. Exiting the office he headed towards the Second Division. Medical equipment and a few special devices.

His goal was to try and find a cause or effect of how she was being touched. Though he didn't have the answer to the question. Takehiko planned on running a full battery of tests on her. Testing everything he could to make sure she was comfortable. The other problem was the incident with the Shihouin family. The fact such injury was dealt with was a problem. But it wasn't his place to act in that regard. His Uncle would decide the Kuchiki Clan's actions going forward. Takehiko merely had to execute the will of the Captain Commander. To see to it that Keiko Kuchiki was restored. Her injuries were severe and more treatments were needed. Takehiko didn't know if he had the needed tools. But he had a few special moves in mind for this. The venture going forward would require all of his skills. To make sure she recovered fully from this traumatic experience. Takehiko couldn't help her hatred of him. But he would help her with everything he had in his body. Down to the last drop, he would restore her.

Even if he had to shed every drop of blood inside this mortal coil. But that wasn't the first order of business. It was to find out why such injuries plagued her. That was the true task ahead of the young Kuchiki. To see to it that whatever prevented medical attention. And ignored strong drugs wasn't an issue in her life going forward. But also that this wasn't a curse of some sort. This was the duty and calling given to him. Her injuries perhaps required a more direct approach. Something he learned so long ago in Minatumi Harbor. A place where people gathered of innocence. To flee the war that was plaguing the world around them. Takehiko could only answer the call as a Vice-Captain. Use everything within his power to discover what happened. With all haste, he left this place to prepare for his mission.