In A Garden of Sound

In A Garden of Sound 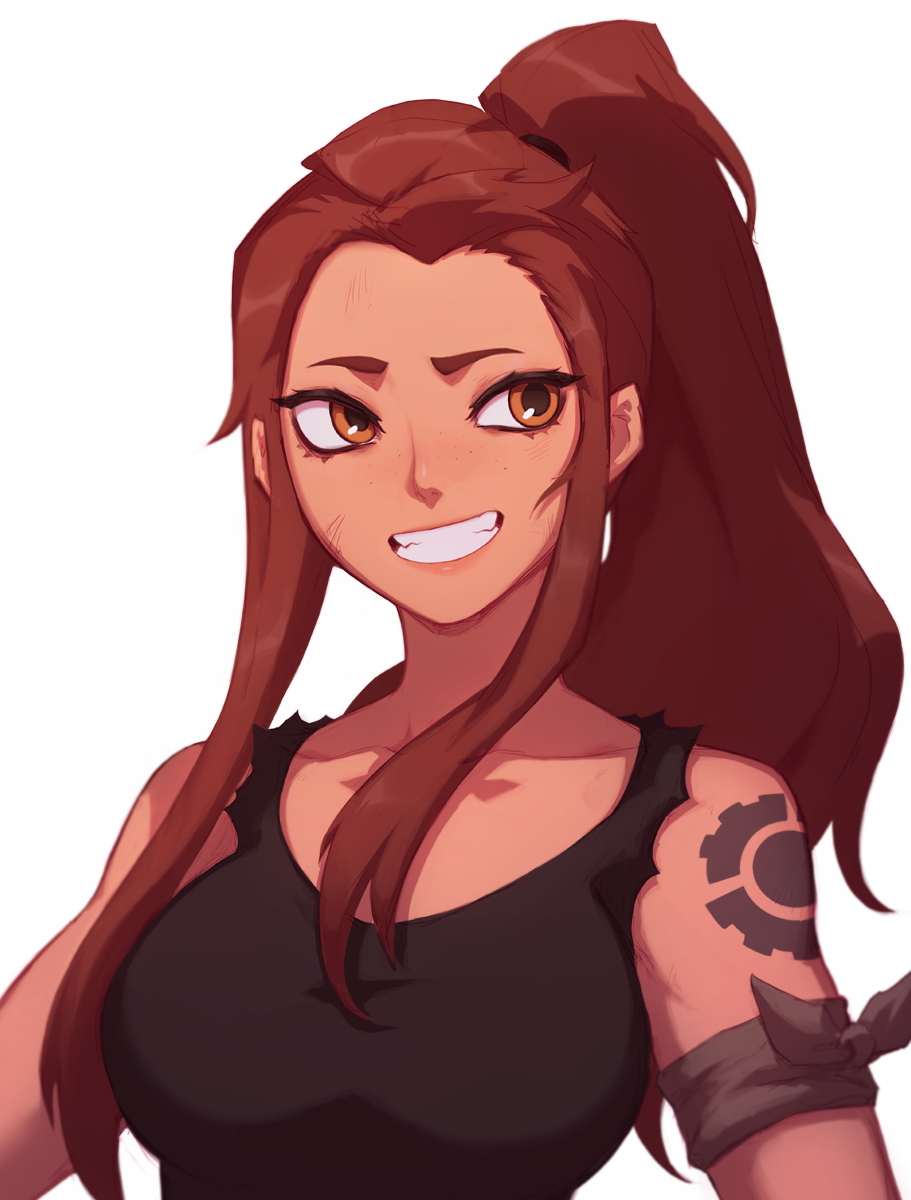 Her first week in the sometimes utterly bizarre Minatumi Harbour was going well. The people were friendly, and more generous than not. The more ravenous Hollow were typically kept outside of the city limits, or off the island entirely. There were plenty of handsome men and cute women for her to flirt with, when she wanted.

Oh, and some of the local brews were to die for!

This afternoon, however, Olivia was not drowning herself in booze or sharing her bed with a stranger. Instead, she had taken to the streets again with the electric-acoustic she'd bought at a pawn shop, dubbed Monster Mash, to play her music. This time, she had chosen a small park, one that was a little quieter than being surrounded on all sides by the living walls of the city.

Dressed in a dingy tank top and black denims, with her hair tied in a ponytail, she played the songs in her heart for anyone who cared to pass by and hear them. At this particular moment, her voice was soft and somber, accompanied by a simplistic chord structure and the faint green glow along the strings; of the instrument's soul as it was given voice to use the girl to express itself.

"How would I know~ That this could be my fa-a~a-ate?" Despite the somber tone of the song, a deep and genuine grin adorned her face when her attention wasn't on the vocal side of her performance. She didn't do this for the money, or the attention, but just for simple love of the craft. The love belonged to the instrument in her hands, surely, but it was through herself that it was let free.

THE WOMAN LOST IN TIME

Minatumi had seemed to be a place of frequent visitation for Tokugawa Iori. In truth, one of the major reasons is that the city was one that seemed to be free from any form of danger or significant threats.

It was a refuge, a peaceful city where many men and women were coming from all parts of the world to enjoy the ever-elusive gift of serenity.

In addition, it seemed to be a city that allowed people to express themselves in many ways. The other day, Iori had met a girl named Ida who shared her passion for retro music.

She wondered if anyone else would share that same passion. Walking through the city in a red, long-sleeved shirt and a pair of jean shorts, Iori seemed to stand out like a sore thumb. The clothing was well-designed and seemed as if it belonged to a fashion model more than it did her own person. Ever since her "date" with Ulv, she got quite expressive in exploring the ways she could wear her own clothing.


Walking through one of the small parks situated in the city, Iori could not help but hear the faint sound of a voice that reached her ears. Singing? Oh, man. Was Lady luck staring down at her twice? First Ida, and now this. Following the sound of the voice, she stopped to catch a glimpse of a woman playing the guitar. Moving closer, she could hear the music in finer detail than far away and what graced her ears was nothing short of musical bliss.

Now, Iori loved her eighties music. No one could take that away from her, but the nineties weren't discriminated against either. Soundgarden? On an electric-acoustic guitar? To say that Iori felt as if the heavens had blessed her with another badass guitarist who loved music from long ago was an understatement.

It wasn't rare when someone who enjoyed her music tapped along with their foot, or mutter-sang the chorus after hearing it a few times. Children, especially, were want to give it their all and join in, and it was absolutely adorable each and every time; it was also the reason she avoided songs with particularly graphic content or words at times like these.

However, the person who joined was no child, and her voice was far from one of someone who didn't know the song. Olivia's light brown eyes rose to find a cute woman approaching her, and singing along in near perfect timing with the performance.

"Don't you lock up somethin'~ That you wanted to see fly~y! Hands are for shaking~ Not ty~y~ing." She smiled at the stranger who had approached, a welcoming and approving glance just before she decided to show off a bit. "How would I know~ That this would be my fate?

"I sure don't mind a cha~a~a~ange..." At last, the piece came to its end, and she let her singing taper off without looking away from the beautiful blues that had come to watch. The sound of her guitar persisted for just a few seconds, before the green glow disappeared from the strings, and the girl who had been playing relaxed and rested her weight on the body of the instrument.

"Like what you hear?" Olivia questioned through her grin, with the soft edge of her South African accent returning with her normal speaking voice. Hints of moisture adorned her brow like a crown, both from being out in the sun and from exerting herself to bring the soul of the guitar to life. It was a good kind of fatigue, though. She was happy to have felt it.

THE WOMAN LOST IN TIME

Like a child who had been granted their first present in life, Iori did nothing but remain silent, awed by the beauty and emotion of Olivia's voice. Even if most of her life was one that consisted of battles and waging her life on the battlefield to ensure the safety of her beloved earth, Iori loved music.

There were so many genres one could dive into and express themselves. It was an ultimate form of expression that could resonate with many people, as it combined writing and singing what you wrote through various methods.

Hearing the song, Iori was immediately able to tell that this song belonged to a legendary man and a legendary group. Chris Cornell, of both Soundgarden and Audioslave fame. She enjoyed the music from both of those groups, but to hear someone singing a song with such precise passion in her voice, it was a sight to behold. If she were paying tribute, his spirit would be proud. That last note was something she would've played on youtube if this were a video.


When she had fully finished the song, Olivia had asked if Iori enjoyed what she had heard. Was this some sort of trick question? She would've said hell yeah, but decided to be well-mannered and nod with a grin on her face.

"Like what I hear? Oh, man. I loved it. If Chris Cornell is a spirit out there, somewhere, you have done him proud. That said, wow... I can't believe I would see anyone knowing of music like grunge, considering the time period was so far back. At the same time, I'm not complaining either."


"My name is Tokugawa Iori."

At first impression; the woman seemed to be the energetic sort. She was someone who tried to act how she thought she should, but her passion and emotions slipped through, anyways. That was Olivia's first guess, at least.

After returning the gesture with a firm handshake, she graciously gave her name, "Olivia Flynn. It's nice to meet another garage girl." A faint chuckled followed her words, as she'd dropped a more local name for grunge fans from where she was from. She scooted over just a bit on her bench, and gestured for Iori to sit with her.

"At least, back home, grunge is still alive and well. It's just gone underground again. You've got to know where to look." For a moment, she paused to check the tuning on her guitar, and continued while she adjusted the two strings that were getting a little flat. "You play?"