Its all normal [ABSENTEE]

Its all normal [ABSENTEE]

Artist: N/A - Song: N/A- Word Count: N/A
Siiiigh. Like any other normal citizen, a spiky-haired man can be seen just walking across the sidewalks. As the air escaped from his mouth, there was a small hint of despair and exhaustion accompanying it.

Touma Yuudeshi who, by his family name, may sound like a powerful individual but once someone or anyone would take a closer look, he is no more than your average human with not that much spiritual power in the first place and if there is anything unusual about him, it would be his below-average luck and the power lurking inside that mysterious right hand of his.

He only just noticed that the time was already 2 in the afternoon, well past a couple of hours ago when he only wanted to go to a nearby convenience store to get a can of coffee, knocked into someone in the middle of drinking it while he got and accidentally spilled on some mean-looking dude's face. He offered compensation and everything but he wasn't sure what kind of horrible day that the other dude went through.

However, the next thing he knew; he was already running away from being chased relentlessly until he was able to get him off his tail.

"Can my day get any worse than this? All I wanted was a drink.. Such misfortune.."

Touma was taking slow steps, face as pale as a ghost from the exhaustion of running for hours and wondered how did the situation escalated from a simple errand to this torturous escape. Although this wasn't exactly his first time encountering this kind of situation, at this point, he is planning to just head back home and just knock himself out.

And just hope nothing worse happens from here.

Re: Its all normal [ABSENTEE] 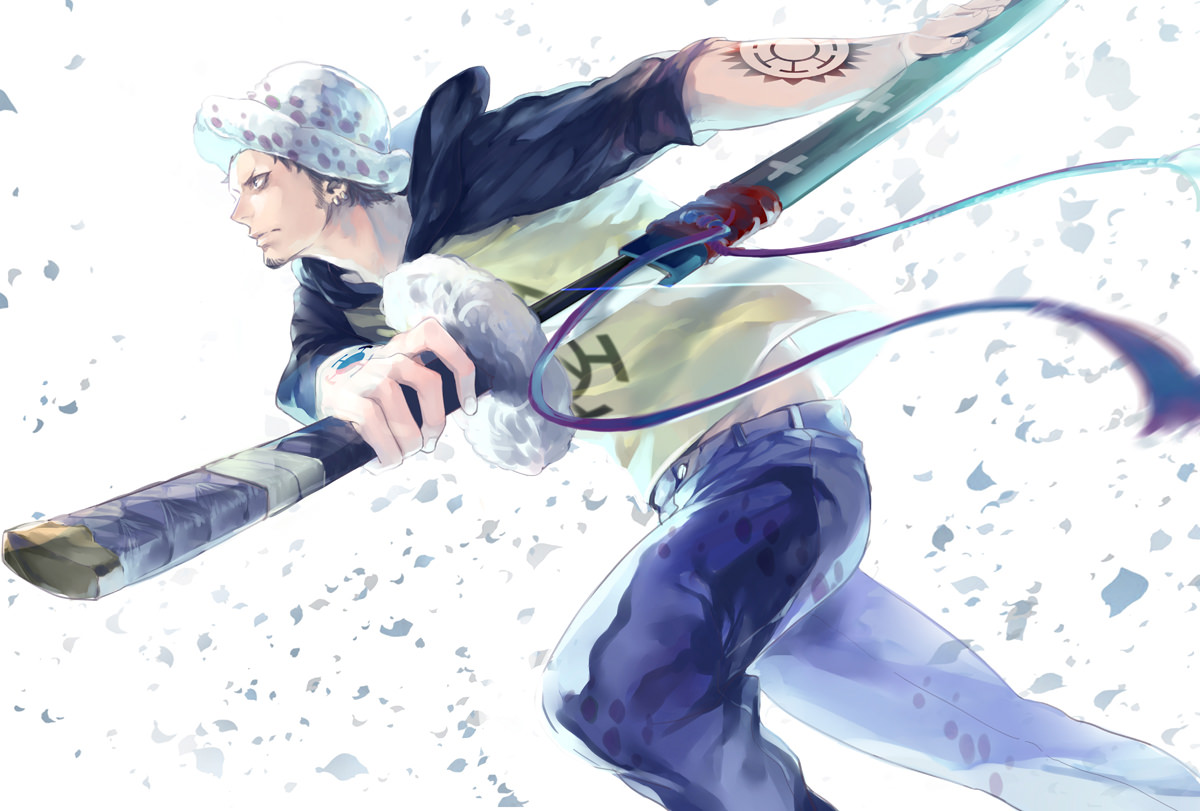 Law was already annoyed, and having coffee thrown in his face only made things that much worse. He looked over the kid standing before him for only a moment before they were both sprinting at full speed. He wasn't sure why he was chasing this guy, but it felt right. This guy's face too... it really looked punchable.

The chase continued for a few minutes before Law stopped abruptly, looked forwards, and uttered a single word.

With just that, a bubble of substantial size swelled around him, and he felt the power of his territory fill his veins. He paused a moment, taking in all of the information that the room provided him, and then he made him move.

With this, he stood before the man who had ran from him earlier, a devilish grin spreading across his lips. He covered his right hand with his left, audibly, and loudly, cracking his knuckles.

"Why run when you can obviously fight? Don't fuck with me."

Law wasn't sure what he'd picked up on that let him know this man was no joke, but it was as clear as day. Little tells that he picked up subconsciously. He would most likely later analyze the situation, and pick out exactly what it was that told him this, but for now he was content with the fact that he knew. Which meant this could go one of two ways.