Summary Of Topics Covered In Workshop Meeting About Character Development 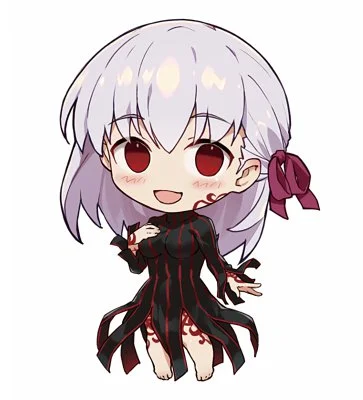 Subjects Covered: Note, I'm not going to write these notes down as they occurred as I'm basing them off my own perception of the meeting. I feel writing them that way will even help me memorize things better.

How To Write Character Coming Into Power

Basically, this phase of the chat dealt with talking about how to handle a character who was raising in rank within a particular org or faction. The primary thing to take away is that you must consider the context of the role, environment and world that they live in. Every character is going to operate these roles/positions differently, but there needs to be a certain tact and care for their daily interactions with superiors, those lesser than them and enemies. They need to be able to respect these laws of their world in order to create a dynamic character. As not every acts the same way they do at home as they do at work, so realistically portraying that can cause interesting dynamics with your development.

Furthermore, there needs to be a conviction for said role/org for a higher chance of having a character that can either facilitate character development or gain character development. This deals with the core goal, purpose of meaning your character has for being in the org/position/role. Locking on to that reason, executing it in all their interactions, and having a strong energy about them will attract others to otherwise take your character seriously, engage in deeper plot and development toward whatever direction you are trying to go. Having a character who lacks this tends to be boring in many cases because there is nothing to really work with and leaves a void of desire lacking in interactions as the character is aimless in a role that requires conviction.

Effectively, we discussed the notion of having characters who are much older in age having rooted personality traits that are harder to change and take more effort to progress. It's not as if characters who are hundreds or thousands of years old cannot develop, but it has to be done in an organic way where serious/critical events foster this growth. It can be almost dull to have someone who has lived so long change from a casual interaction, but seeing them expand and further evolve their core traits from being put into a new/difficult circumstance can be interesting. Just take care to make sure any development with much older characters is done in a realistic way in the context of their history.

As far as Redemption Arcs go, the primary thing to take away is that you must not rely on others for the redemption. Most meaningful redemption arcs come from the internal values that your character has, their motivation to progress themselves as a person and their own meaningful ways to atone must be showcased. It does not matter if the world/characters they've wronged forgives them, but what makes it impactful is their reasons and expressions of wanting to change and that core desire to push through the tide of uncertainty to find a new self.

Enthusiasm is important when deciding to write character development. Not every post is going to be explosive and pop out the page, but if you aren't excited to explore these different themes, concepts, interactions, and plot; what is the point of trying to even find development in the character you are writing? Thus, you have to love your writing in those moments of great discovery within your character as if you were loving a woman. You have to show you care, invest the time into the person, become expressive with your heart, and engage with them until they know it means something. Much of the same can be said about developing both your character and the person you are role-playing with. As if you fail to show that interest, it can devalue the development if you don't care about how sensitive matters of the heart and mind can be when nurturing characters in a positive or negative manner.

Integrating Yourself Into Development

This is something I'll expand upon further, but essentially this boiled down to communication more than anything else. A question was asked about how to have lower-tier characters integrate themselves into various plots or interact with influential characters. And, effectively, it comes down to plot. You have to talk with the person, understand what you both want from the interaction, and then plot realistic ways for them to meet.

Since, in my example, I explained that Algos could facilitate character growth in demons by holding rallies, activities, festivals, and other things to set-up ways for demons to express their views on demon world and then develop into deeper interactions from that set-up.
__________________