The Essence of GUTS [Radioactive/Lyza]

Re: The Essence of GUTS [Radioactive/Lyza] 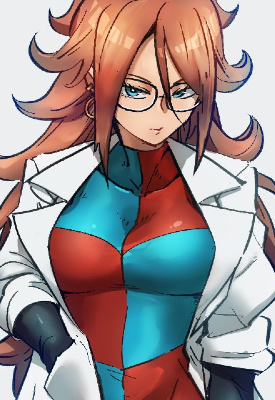 Lyza, Vessel of Aries
Lyza barely managed to look up in time to see the incoming avalanche before it crashed down upon her. Snow and ice alike assaulted her body, hailing down and striking her as it consumed her whole and buried her alive. The cold enveloped her despite her reiatsu protecting her and started to sting at her flesh as she lay engulfed in the freezing white abyss.

Her insides felt hurt, as did her stomach as a whole and the rest of her body was completely and utterly sore from being blasted across the mountainside. Why was she even doing this? What was the point? It had been so long since Lyza had a purpose, but what was it again? No matter how much the woman tried to remember, the memories wouldn't come. It was a long time ago, when she was younger. That much she could muster up from the depths of her mind. But what...?

Radioactive's words rung out to her even through the snow barrier between them. Why didn't she just live the rest of her life out as a civilian? What was she trying to prove? It all was so hard for Lyza to understand, and it was just her motives. If she couldn't remember or understand that, then what the fuck was even the point? The brunette kept asking herself this, that same question repeating through her mind over and over and over again. Just go home, she thought. Just lay in bed and stop worrying about things. It would be so much easier, wouldn't it?

But she didn't want to.

The snow where Lyza lay buried started to glow a deep crimson. She was already mentally exhausted from this spar, both because of her shitty mindset, and because of the pain coursing through her entire body. But this was nothing new to her.

Suddenly, the snow burst as a wave of dark red energy exploded forth and sent chunks of snow and ice flying, and from the crater of it stood Lyza. Her expression was darkly determined, yet exhausted, as if this entire exchange up until this point was nothing new to her. And that's what it was. Nothing new.

Her memories were starting to resurface slowly now, her reasons and motives, that is. It was all coming back slowly. "I want to become strong... because I'm tired. Tired of this, tired of watching life pass me by, but mostly just..." Lyza said and she would look up at the sky and just stare for a good few moments. There was nothing to look at, nothing to see, but it was tranquil in a weird way, and that was all she wanted to feel. Something other than this endless exhaustion and jaded feeling that had taken hold of her entire being over the past few decades. "...I don't want to die having accomplished nothing. Everyone has a right to a good life unless they want to throw it away themselves. I don't want to do that.

"So go ahead, if this is what it takes, beat me until I'm broken. It doesn't matter, I'm already over it. I've given myself injuries like this in the past just from training, so unless you've got something more, I'm used to this."

Re: The Essence of GUTS [Radioactive/Lyza]

Song: n/a - Artist: N/A
When it rained, it poured. The world did not give a damn about how you felt about it, it only cared about the response to this pressure it presented spirits with. No matter if you were a foul or innocent spirit, the desire to thrive in an unfair existence is all that mattered to the gods themselves. So it is for this reason why Radioactive felt a sense of pity for the woman to present such a defeated state of being.

"After you stop fighting, the chances of survival dwindle to absolute zero. You can't expect to achieve anything if you sit there and wait to be stomped on."

In that instant, Radioactive's voice came off in quite the neutral manner as he emerged beside Elyss with a gruff sigh exhausting his lips soon after.

"Do you want big rewards? Do you want high achievements? You have to fight against the rigged game in any way you can then. I don't care if you fight dirty, use a power that isn't yours, equipment, your brain, other people; just do what you need to live to see another day or at least fight back. Just laying down like a possum will get you mauled."

And, in that instant, Radioactive put the brunt of his weight in his right foot in order to send the woman hurdling across the landscape once more; making himself keen to otherwise put a hellish burden on her side to induce that feeling of being smothered under an immense weight from the attack force his raw physical strength possessed.

"You are weak, so you must fight dirty and do whatever to stack the odds in your favor. I used to look down on such a thing, but once I got my head out of my own ass, I could only speak that way because of the power I was blessed with. Everyone else has to use every trick in the book to stake their claim in this world. So that is your unfair challenge, woman."