The Protector and The Mentor(Rio/Erchhardt)

Rio listened intently to Erchanhardt's wise words as he spoke on the sacred subject of family. No wonder Yugiri found a fondness and acceptance towards this man. He may have not possessed experience on their family struggles but he spoke with a philosophical poise that left Rio fascinated beyond her expectations. She valued that Erchanhardt viewed Yugiri as family. She could certainlg envision seeing him as someone to look at in familial light in the future.

The Shihoin defender had always envisioned that her bond with her own sister should indeed be as ironclad as any and yet, somehow... Chidori always found a way to compromise her best laid plans.

Every unexplained absence had left a wound in Rio's heart that had never properly healed even after their father's passing. She abided by her father's wish in that she would protect and guide her, showing her the ropes and training her to reach great heights as their leader and as a Shinigami - and yet had he truly ever grasped the weight of her pain when it concerned Chidori?

Rio admitted that those wounds had never truly subsided in the grand scheme of things. She would not lie to this honorable spirit.


"Yes. Even after my father, in his final request, implored me to do the opposite. The sting of the past still haunts me. The difficulties that followed, me having to grow up and learn that my idealistic visions of sisterhood felt meaningless in the grand scheme. I still feel like there is a divide between us..." 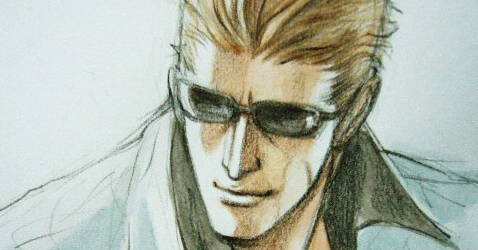 ERCHANHARDT
Rio's response, frankly, did not surprise Erchanhardt too terribly. In the greater scheme of things, could it be any wonder that Rio would feel this way? People were so often constrained by the arbitrary bonds of family that they would allow themselves to suffer under its yoke. Erchanhardt might well have lived such a life himself, had it not been for the sake of his little girl.

"It is not always feasible that we are able to simply let go of our anger. There are those moments where we must acknowledge that our anger is justified, that there is wrong being done toward us, and toward others, which may still be corrected. Do not think of this correction as revenge, but the act of returning one's life to its natural state. Are Chidori's actions still actively wronging you? Are they wronging those you call family not merely by blood, but by your fellowship with them? That is what you must ask yourself."

Erchanhardt took another sip of his coffee, knowing he had laid a fair bit upon her. He generally asked these sorts of questions to Yugiri, and no others, but he did not mind at all to offer similar advice toward Rio.

Rio momentarily paused, shying away from any movement of her fingers against the piano keys, absorbing the profound words of wisdom that flowed from his lips. Playing the piano at this moment would seem dishonorable, lacking any form of respect. It was a subject she wished to learn more about, as she continued to receive insight from the studious man beside her.

Picking apart his words was akin to eating a meal - the truest form of food for thought. Rio wanted to consume as many of these morsels as this philosophical man would provide.

She pondered on what he had said. It was a simple set of questions, too. Was Chidori still a force that actively made her life as difficult as it was in the past? Or those around her? Or was it something deeper? Rio had to ask him his opinion.


"I don't feel as if they wrong me currently but the wound is still there. Every time I am in her presence, memories of the past still eat away at me. From my father's choice of letting her remain the sole heir to the throne in spite of running away whenever the mood called for it, to excusing her actions when they seemed inexcusable, and just my own selfish pain at wanting a sister to look up to and admire with all that I had to offer."

"Do you find that to be petty? Does it not seem like misguided jealousy now? I always wonder if I was the one at the helm. Certain thoughts always eat away at me. Would our family be stabilized? Could I have changed the outcome of certain events within the clan? Truthfully, that's always been on my mind."

ERCHANHARDT
"I do not necessarily think it petty. There is undoubtedly personal bias involved, and that, I believe, may perhaps be worth letting go of. But the wrongs done toward you in the capacity of the family, rather than simply on the interpersonal level, are wholly valid."

Admittedly, Erchanhardt understood that this was an exceptionally sensitive topic, and he did his utmost to consider this from all angles. Was it fair to place blame on Chidori himself? Perhaps not, but to his credit he was not deciding these things for Rio. It was her decision, ultimately.

"Do you earnestly believe that your family would thrive were you at its head, rather than your sister? Do you hold that you are, even now, a leader who can offer more? Do not consider this simply from a position of guilt. Think objectively. If you believe that such is the case, I personally would think that the good of your loved ones makes it an intrinsically worthwhile act."

The Shihoin defender ruminated on Erchanhardt's words. He was asking questions from a neutral standpoint, something Rio admired. The studious man was not making any attempts at agreeing with her nor taking her side.

He was being realistic. Rio realized how Yugiri could've navigated towards him. He was a truly wise spirit who saw the world - at least through Rio's perception - in different aspects.

He did not seem as though he were the type who would make a judgment based on the opinions of anyone else other than his own. Rio tapped at the side of her, wistfully ruminating on her next answer. A few moments passed, and Rio confirmed the answer within her mind, nodding in Erchanhardt's direction.


"I always thought I was a suitable leader. If I lacked the proper skill in the past - due to my rebellious and competitive nature - If there was a way of earning that position through combat, I would've made several attempts back then, given my temper. Now, I accept my father's decision. I just wonder about my sister and whether she has the mental capacity to maintain herself and act in the best wishes of all. On the other hand," Rio would turn to the blonde-haired man as she leaned on the piano.

"As her sister, I fear that she was not ideally prepared for the role upon her return. It was akin to being thrown in a fire after returning from a peaceful mountain in order to gather one's thoughts. She was ridiculed by certain members or our family, she was pregnant, and her father's health was something that could not be healed through spiritual means. That, coupled with his death, and now, of all things, having to raise children... I cannot help but lament the weights that have fallen on my sister's shoulders."

Rio sighed as her gaze trailed off. It was odd. As one of the Shihoin clan's most prolific fighters, she abhorred the thought of Chidori leading an entire clan, considering her current list of issues and a mind that teetered on the edge of insanity. in Rio's eyes - from the perspective of a younger sister - she lamented the trials that fate laid at her feet. Ah... Her feelings were but a paradox not easily solved.

ERCHANHARDT
"Yes, that does sound a rather lamentable circumstance."

Erchanhardt thought about the situation as Rio had laid it out for him. From his perspective, it seemed Rio and Yugiri had given fairly similar views of the situation, seemingly not from any collaboration on their behalf, but rather as a simple consequence of the situation itself. If, in fact, that were the case, then he could at least speak from that angle.

"If you believe that you are a more suitable leader, and that the role of leadership is a burden on even Chidori, then I would imagine it is not only right to take that responsibility from her, but a moral failing if you did not do so. From my understanding, her absence was not an unavoidable circumstance, yes? If it was something that she chose, you cannot allow yourself to feel guilt over the consequences of her actions."

It was perhaps frank of him to say, but it was only the truth in his eyes. There was no sense stepping around the issue.

"I cannot tell you what the correct course of action is. I should think you would be best served speaking to Yugiri about these matters. I can offer a great many insights into how one might deal with family, for I have certainly seen a great deal of strife in my own, but I cannot deign to intervene in another family's affairs outright. I care for Yugiri quite dearly, but I am still no Shihoin."

Erchanhardt was undeniably correct in his assessment. He did not speak in bias nor take her side. He simply gave his opinion from the standpoint of a neutral observer. Among all his admirable traits thus far, Rio admired that one the most.

There was something praiseworthy about a man who could make judgments without bias, who could assume a neutral role without making one feel cheated in the conversation. Rio tapped at the keys once again, as she finished listening to him. Rio contemplated his words.


It was true that Rio was not responsible for Chidori's actions nor her unexplained absences. Even so, she could not help but feel her older sister had been dealt a bad hand.

To carry the weight of a clan while you raised children - without a father in the household - was no small task. Rio hadn't even accounted for the sadness she might have still felt at the loss of her father, a loss that still weighed heavily on Rio. His death was inevitable but that hardly made it any easier to accept.

Turning to him, Rio smiled and nodded as she fingers paused all form of movement, gazing at the wise man.

"You are correct. These are matters that would be better discussed between me and Yugiri. Still, you've given me quite the plate of food for thought to ruminate on. Wise men who can make judgments without bias are a rarity in this world."