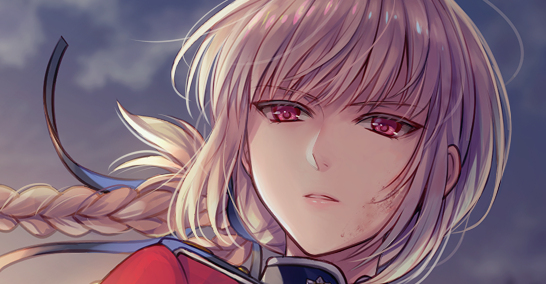 ABALIA KYORAKU-HAYDEN
While Abalia was certainly capable of feeling a remarkable degree of nothing, in this moment she certainly found this infant quite endearing. Admittedly, there was something about it which felt a touch out of order, but she could not reasonably explain it. She simply felt as though this child were rather unlike the others she interacted with. Very strange.

"Yes, I certainly uncerstand. To watch a child is one matter, but to have a child as yours is rather different. Do forgive me if you find this question too personal, but if I may ask, do you feel as though you consider Vegas to be your daughter? This is of course only between us."

It was an important question to ask, though Abalia nodded with a small smile, not only ay Nelliel's question, but at the child's shift in demeanor.

"Of course you may, Nelliel. She does seem quite a lovely young girl, doesn't she?"

Artist: Undertale OST - Song: Your Best Friend - Word Count: 914
”Im a girl, thats right. Blackheart thought dismally to herself. Laying there, without much more to gripe about, it was clear she was resigned to the fate that had been dealt to her. It wasn’t as if there way any feasible way to change it now was there? All she could do was make the best of the shitty hand she’d be dealt and move forward, to build again.

Hearing the conversation above her, about considering adopted children.. their children, was strange to say the least. All their life blackheart had been this hardened, regal warrior with rigid morality and unbending will. To hear this.. Conversation of motherhood was something that in all honesty, Blackheart had never even begun to comprehend as becoming a part of her life. She’d always assumed she’d simply continue to serve the realm, and then eventually when she got tired of moving, she’d just fade away into oblivion.

Still for such a hardened warrior, being called endearing managed to make that adorable smile atop her little chubby face more genuine. Maybe it was the hormones of her tiny child brain interfering with the ancient emotion within, but in that one moment--blackheart didn’t feel revulsion at the fate that had been given to her. Merely.. Hopeful? Yes that was the word, blackheart was hopeful that this life would be a different one for her. One where the fighting would be secondary, where maybe she’d have more than merely her honor and morality?

Something more than brotherhood, something that had been alien to the ancient being for as long as she could remember. The one thing she had seen era after era, year after year, that she had envied, but never understood--Family. Maybe this was in a way, her chance at experience such mundane emotions. Despite the crappy start to her life, she was tentatively hopeful that there would be something better waiting beyond the horizon.

It was that thought that made her little hand clench only just a little more to Nel’s finger, it made her gleaming gaze not one of annoyance atleast. For now though, Blackheart simply put up with the fussing, and waited until she could atleast tell them who she was. After all, such wonderful people deserved the truth. 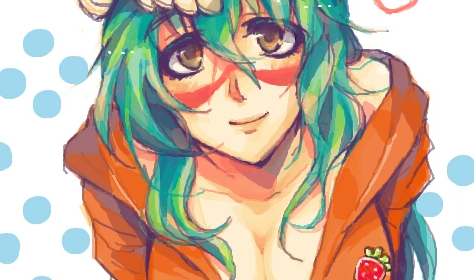 NELLIEL
That almost felt like a loaded question, she took a moment to look up and check like she expected Alex or Vegas to suddenly arrive home.

"That's hard to answer... I can't say I've really ever thought about our relationship in an attempt to define it.."

She said, taking Baby Blackheart and nursing her in an embrace as a moment to ponder Abalia's question while thoughtfully staring at the baby in her arms.

"I suppose, the best way to put it is that she's the closest I've ever been. I've taken care of children but never my own. I guess Vegas feels a little bit more like mine as a result of that but I can't really say how that might compare to a child I gave birth to."

How complex and dreary. It made her feel awful, was it because she was a hollow that she felt so negative about this. Why she couldn't be like Abalia and simply see a child and so sure there would be no bias, no favouritism. It was so admirable for the woman to be able to do it like a switch.

ABALIA KYORAKU-HAYDEN
"I understand, Nelliel. Well, if I may offer my bit of guidance on the matter, I certainly see in your relationship a great deal of what I share with Nastya. I do not think there is anything wrong in worrying that you might love her less than your own flesh and blood, but perhaps that worry in itself signals the degree to which you care for her. You would not wish her to feel unloved."

It was quite endearing to watch Nelliel care for the infant, and Abalia's maternal nature was such that she couldn't quite help but offer the young girl a gentle pat on the head.

"If I may confide in you, I have contemplated much the same thing. I naturally love all of the children I call my own, no matter their origin. But in those earliest days of motherhood, I had wondered if I could ever consider those children I have taken in, or those born to Liu rather than myself, as my own. Though they are certainly of my house, some even born to the man I love, I must acknowledge that they are not the same as the child I have carried myself. It would simply be falsehood if I claimed otherwise."

There was nothing about Abalia's tone that suggested any grief, however. Her voice was the same as always, confident and, at the moment, aimed to reassure.

"However, this does not change that all of my children are a part of my family. I suppose that is what is most important to remember. You may not love them all in the same way, and that is alright. So long as you love them, I do not think anyone could begrudge you."

1, 2, 3
Permissions in this forum:
You cannot reply to topics in this forum
Who is online?
In total there are 14 users online :: 1 Registered, 0 Hidden and 13 Guests