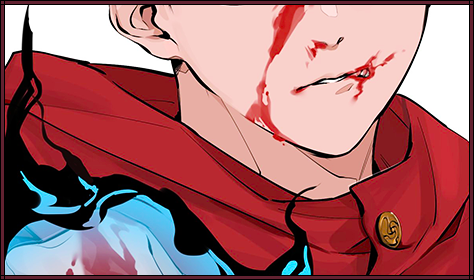 "So, other than my general behavior I seem to be alright. That's good, that's good."

That was amazing, the fact he had been with the Vandenreich for what was nearly a year now was astounding, his work with them being something to take pride in. If all his issues stemmed from acting like a weirdo (not his words, of course), he had quite an easy road ahead of himself to solve those issues.

"How long could long be, I'm sure it wasn't that long ago. I didn't know the ocean had that type of effect on people, I guess I understand why I find it so interesting now."

As she spoke, Saisei's eyes moved along the shelves with rather serious intent. Knowing now that these books all held some type of value to the woman was fascinating. All unmarked, all without names, all sharing the same color. It was almost too plain. If asked, he would fail to recognize anything outside of their varying sizes.

"You mean it? If that's the case I'd willingly accept a copy of every single record here."

He yanked the book from before out of the shelving, slowly opening it's aged pages without a second thought. Surely anything Ninsianna found worth to take notes of would hold some type of valuable information. Right?

NINSIANNA KISHAR
"Rest assured, it has been many hundreds of years since my younger days, enough that the place of my birth is no more than ruins and dust by now. Not that such a thing upsets me, of course, do not feel as though I am offering you these words for any sort of pity."

Indeed, Ninsianna spoke of her long-gone homeland with all the passion that one might use to read off a receipt. For her, there was no particular tragedy in the loss of a civilization in itself, given others had risen to take its place. It was only when the world had faced tremendous loss with no gain that she had suffered.

"I doubt that you would be able to carry all of these records at once, but I would gladly print you copies of anything you might desire."

Watching him with an expression that almost seemed amused (as much as she could be amused, anyway) Ninsianna simply returned to filling out a bit of paperwork while he thumbed through the pages. If Saisei were capable of reading classical Latin, he might have found moderate interest in the final tax reports from Pompeii before its burial.

A treasure trove. Ninsianna's office was for all intents and purposes, a treasure trove. Nestled away in the City of Light was a relic of the past, something that could very well be lost forever if not for her efforts. Saisei was almost overcome with emotion by the state of her office. Knowing that quite literally every shelf was filled with historical records was... well, it was tear worthy. Life could go on with things like this, Saisei thought. Without records,, humankind would struggle to keep from making the same mistakes.

"I cannot lie, I don't know anything that I'm looking at other than the fact it's some form of latin."

The boy wasn't as well versed with language as he was with his hands. Flipping through the book before him, it was clear that the text presented was of Latin, what kind he was not entirely sure of. Not only that but the pages themselves felt as if they were brand new, written yesterday. Fascinating...

Closing the book and taking another from the shelf before him, Saisei turned to Ninsianna and carefully worded himself. He was about to enter a minefield in regards to his position if he was presumptuous.

"Is book the only form of copy I could receive? Do you have historical renditions of any of the events somehow? Maybe tapestries or the sort?"

Despite the rather odd nature of his question, being able to see this events first person would allow for him to study and learn from the past in ways many others couldn't. If Ninsianna could replicate anything for the boy it would do him wonders. More than wonders, he'd be eternally grateful.

"Absolutely anything works. I could not beg any harder than I am now."

He turned back to the book, scanning it's pages in hopes that he would finally find text that would be deemed legible to him.