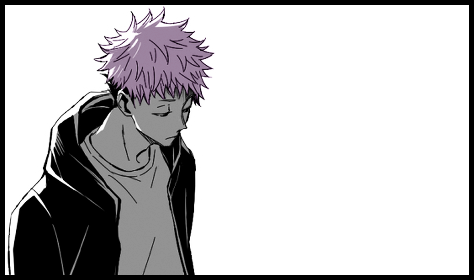 The days as of late had been long and difficult. In the quake of Desmond Hayden's apparent death and the evacuation if Somalia's citizens, Saisei had found himself offering aid to those swept in chaos. Africa was rather large, the boy's focus was on the rather miniscule gatherings on the outer rim of Somalia. Due to the evacuation efforts of both Vastime and its allies, small groups of people had gathered along the capital's border. Though they didn't want for anything, there was still a need for food transportation and medical aid if necessary.

The young man shuffled along the street of a recently constructed base, the temporary location for refugees that would eventually find themselves back in the capital. Saisei found himself ran rather ragged, his arms filled to the brim with what looked like small lunch boxes. Packaged food for the families gathered in the base square, it seemed.

As per the instructions given to him, he quietly delivered the packaged lunches without hesitation. Though it had only been a short amount of time, the effects of Desmond Hayden and the aftermath associated with it seemed to leave others with concerns. Though Shadowfall may have been driven back, the supposed loss of someone so important could lead the world down a dark path. Saisei didn't worry like everyone else did, however. It was in his nature to expect the best from the world and those around him.

Finally delivering his last box, the Vandenreich soldier hunched over beside the final family. Dropping to his behind, the pink-haired boy smiled. It was nice having others around, whether they were without home or not. In moments like these, he could bask in the glory of Earth's citizens without question.

"Has everything been treatin' you guys alright? You know, aside from the evacuation."

Saisei had little tact, his bright blue eyes shining without hesitation in the face of danger and worry. The family spoke of their troubles, the youngest of their three children having quite the fascination with his hair. Noting that they weren't without home and could eventually return, their little girl began to climb across the soldier's rather built frame. Using him as a jungle gym, Saisei paid little mind to her. Kids were kids, after all.

"That's good to hear. Don't forget that if there's anything you need, the Vandenreich are here to help. We're proud to aid those in need alongside Vastime, don't worry."

The blistering african sun beat against the freshly built asphalt, leaving the refugees and soldiers covered in sweat. That didn't bother the boy, in fact it filled him with life. As stressful as things may get, the world was still here, he thought. Lifting the little girl from his shoulders, Saisei blocked out the sun with her tiny figure.

The little girl giggled, reaching for his hair without thinking of the consequences. There was no winning here, the young man placed the girl back on his shoulders and held her by her ankles.

Ushering her to play with his hair, Saisei smiled and looked back to the sky.

"Nothin' like helpin' people, huh? Nothin' could ever beat this."

A King had passed.

It was a bit weird to wrap her head around the thought of a King, who was supposed to break peace and prosperity like her books said, would bring trouble and tragedy in his kingdom just by breathing his last breathe. It made her head hurt, in all honesty, because this did fit in her more mature books thematic of enemy kingdoms coming to pillage and take advantage of the confusion. In this case, hollows. Luckily, they were beat back by Vastime's force and flames that hadn't dared to be extinguished. The same flame that fought and killed also extended itself to protect its citizens by moving them to a safer place, which apparently included her. Or maybe she was just actually caught in the move and couldn't free herself? Either way, it wasn't like Liuva to just leave people when they needed help. Of course she would help!

And that's how the young girl found herself in this little place just barely in Somalia, helping deliver meals to the families that had been gathered around this totally not giant evacuation hub. There were at least ten other people delivering but nothing ever seemed to be enough. Some children were crying, others were sitting around disturbingly quiet while others were toughening it. Idly, the raven haired girl wondered if she this was going to fix anything, did these people even have homes anymore? It churned thoughts in her head that only served to make her uncomfortable and made her shake her head like a crazy person, as if that would make them disappear.

Technically, it did help, but what really cleared her mind was the pounding headache the girl suddenly experienced. Was it really sudden at this point though? Since she'd arrived, Liuva had been experiencing splitting migraines that seemed to truly take her breathe away. This time being no different, the dark skinned lab rat stumbled with the two packages in her hands as her vision flickered. Internally panicking, she clutched the food bundles to her chest as she fell down to her side, bracing for impact. Her breathes were labored as her brows furrowed beneath the mask, confusion clear even with her mouth set in a scowl. Dust kicked up where she fell and some people looked over to where she lay, but she paid them no mind. How could she, when new mental images of her Prince flashed behind her eyes and threatened to consume her very being. This hadn't happened, usually the headaches lasted in quick bursts but this—

This was new, almost too new.

Liu groaned in pain, and rolled over to put down the packs of food to clutch at her head, finally seeming to draw in a murmuring crowd as the girl writhed around the ground. Distinctively, she could hear someone call out to her, but nothing could get past the haze of blood, blood, so much blood, what's this pain, why does it hurt so badly.

"My one and only, what are you showing me?"