"I've never been involved in interdimensional stuff, but Hvit is...spooky" she settled for, gesturing with her hands and looking in on the Hollow within her. "From what she told me, she and Ulv crossed dimensions like you cross a room. She thought nothing of just popping off to the next continent or going to see friends in a whole different realm. That kind of unrestricted freedom is tantalizing but also terrifying. What do you do, when you are so strong that The World becomes your palm? Did Shaka leave because he didn't relate to humanity anymore, too far above us now to see us as what he needed to?"

After that existential crisis, she downed the can of pop and leant back, feet crossed on the seat and got to some Stoic Meditation to pass the time.

"But enough about that, tell me about you. A story of a man who has changed from Human to Demon must be most interesting" 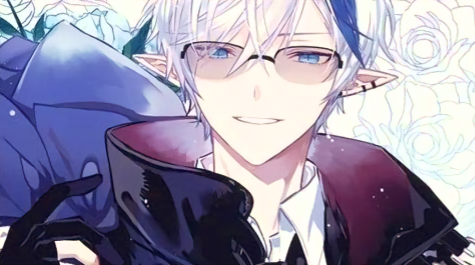 VANYEL | DRAGON OF KYUSHU
The idea of having that level of power had always sat in the deepest recesses of Vanyel's mind. Even now, there was a part of him that craved power, but he never had thought of what it would feel like to actually be that strong, but the thought came to mind as Calypso mentioned Ulv and Hvit, with their capability and willingness to cross dimensions like it were nothing. To become strong enough that the world is in the palm of your hand -- while he couldn't dream of knowing what it felt like, especially now, he knew people who had reached that apex of power.

He wondered, what did it feel like for Mana? For Algos, Caly, even Arianda? He knew that there were some members of the now defunct Shadow Fall that were on a similar level. What did it feel like to have that kind of power at their beck and call? He didn't really have an answer to that, even if it was basically rhetorical from Calypso. He was pretty damn average when it came to overall power and that kind of capability, especially now as a fledgling demon.

But, she quickly changed the subject as his half-sister downed her drink in no time, before leaning back and starting to meditate, inquiring about his own stories and tales, especially when coming to what he was now. Vanyel chuckled softly, shrugging as he leaned back and took a sip from his drink.

"I don't really think it's that interestin', but, if you insist."

He took another sip from his drink, tilting his head up briefly, thinking of how to word the start of his journey to a demon.

"Well, the thought had been in my mind for a bit, after I talked with Caly's sister. She, uh...kinda helped me realize that I...well, that I love her. I wanted to be stronger, so that I could protect her. I...wanted to feel less like an outsider to the beings I was around so often. So, she -- Algos -- put the idea in my head."

He paused for a moment, setting the drink down and looking to the floor. He contemplated whether or not he should mention the...more personal details, the doubts that circled his mind, then and now. Even after the fact, he was scared that he had made a mistake, and wasn't sure if it really was what he wanted. Everything since then had felt...off.

...No. At least, not right now. He didn't need to throw on his own existential drama on top of everything. So, taking a breath, he continued.

"Caly and I talked about it for a lil' bit. She...wanted to make sure that it was somethin' that I wanted, 'cuz, I had asked her to turn me. I just, felt safe with her doing it. I wouldn't have trusted Algos to do it, even if it meant the death of me."

Vanyel stopped for a moment, looking toward Calypso and taking a drink, giving her time to make any comments, or ask any questions that she might have. Or, maybe he was doing it all wrong, and she wanted to hear the entire life story from the very beginning.

"Why did you accept council from a woman you didn't trust?" Calypso would ask, after being quiet through his whole story. "If you trusted her enough to accept her words and let her talk to you, then surely you should trust her enough to do the thing you wanted to do. Telling you to go bungee jumping, and letting them book the trip for you aren't exactly hugely opposed actions, after all"

VANYEL | DRAGON OF KYUSHU
Vanyel's gaze turned to the floor again, taking a quiet sip from his drink as she asked her questions. It was a strange paradox -- he hadn't expected her to pose the question, yet he had also expected some question about Algos and his mistrust of her. Yet, her question If only the answer were so simple.

"It's...complicated, and an even longer story than this one. I'll explain after the story's over."

But, the next part of her question caught him off guard -- asking him if he really wanted it, or if it was just to fit in. He swore she could read his mind sometimes. His body trembled lightly as he fell silent, his gaze remaining fixated on the floor. Those doubts had been circling through his head ever since the first morning he woke up as a demon. Even before and during the process, fear gripped his heart and doubt clouded his mind.

He wanted power. He wanted to be strong enough to protect the person he had come to love, to fit in the those who seemed to accept him, yet...part of him suspected -- no, part of him knew that they would never accept him properly. He would always be an outsider, and he told Algos that much. But, what could he even say in response to that? He wasn't even sure himself. So, lowering his head, he sighed softly.

Lightly kicking his shin to get him out of his morbid thoughts, Calypso gave him a beaming grin.

"Well don't feel too bad. We've had otherworldly visitors for thousands of years. You are hardly the first person to barrel into something for the sake of love, only to fall out in ten or twenty years, have them die, return to their other dimension, or other sorts of issues. It was quite problematic during the Golden Age, and while we don't see it quite so much these days, the archives still have detailed reports of those times. So if you ever do know where you want to stand, come talk to me, I'll help you out"