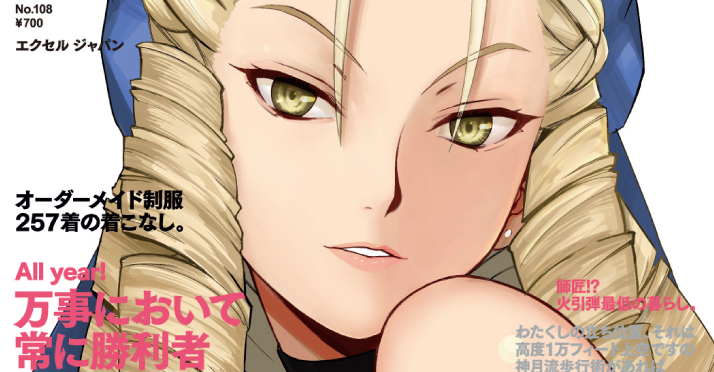 ADALWOLFA BURGSTALLER
"I would hardly say immature. Sometimes to push ourselves past our comfortable limits is what we ought to do, but of course there is a difference between pushing beyond our limits and simply overloading ourselves."

Was... Was Ada incorrect? She had assumed there was some degree of obfuscation or misdirection with regard to Himiko's nature, that the woman had some manner of depth that was masked behind her gentle exterior. The fact that it simply was not the case only raised further questions for Ada about this woman's relationship with her father.

"Ah, but do forgive me if I am a bit overbearing on the topic of work. Have you kept up with this season's styles? I think the next few years will likely follow suit. Japan has been fairly dominant of late, given the situations in Europe and America. I don't mind it too terribly, there has been such overwhelming presence of European styles for the past years."

Well, if Himiko was simply earnest about herself, then Ada would engage her in kind. Whether or not she understood her father's decision, she would still support it genuinely. 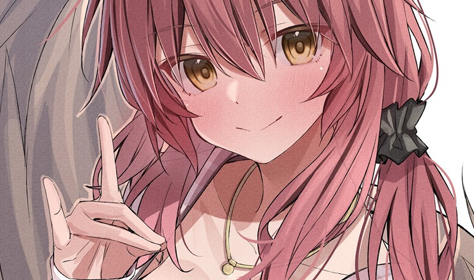 HIMIKO SHIKIMURA
"Of course! Though, Soul Society still seems to adore the Eastern style. I've got some real cute kimonos that I think would look adorable on you if you're ever interested."

They might need to be tailored though, Ada was a big girl and that was coming from Himiko who was already on the taller side. Not that it impacted her in the slightest, if anything Ada knew how to use her height to add to her sense of style. Truly a lady of the field she worked.

A bashful grin at her offer though while she debated about what else to discuss with fashion. So much to talk about, right? She admitted that European styles were super dominant but given that she patrolled Europe a lot it was natural that she got so much more exposure to them since she started proper.

ADALWOLFA BURGSTALLER
"Oh? I would certainly like to see them, if nothing else. I am quite interested in how the style there has developed, given how distant it is from Earth in nature."

Ada hadn't ever actually thought about that before, but she supposed Soul Society likely would have had some clear developments in fashion that Earth wouldn't have seen. That could do rather well, if she struck at the right time. A note to keep in mind for later.

"I don't suppose it's feasible that I might be able to join you there at some point? I would never ask that you put your career at risk for my sake, of course, but it would be a tremendous favor to me. I am independent, after all, and so I cannot rely wholly on outside efforts to keep me in the public eye. Every now and then I need to bring something myself to keep on top of the business."

HIMIKO SHIKIMURA
"Of course I can take you there, don't be silly. You know your dad went up there too for a bit? Have you never been? We can go together, it's a bit old fashioned compared to the living realm you know but it's got its charms. There's some great hotsprings and places to eat and clothes shops. There's this really cute one me and my girlfriend go all the time."

How can she and Kokoro not be hanging out doing that girly stuff? Shopping was so much fun when work wasn't happening, wifehood seemed to suit her well and she'd be a great wife too. Surely? Probably. She liked to think so personally.

"I think you'd get along sooo well with my captain too, she's great. We catch up sometimes too on patrols to go out into woods and hang out outdoors sometimes and talk about stuff."

ADALWOLFA BURGSTALLER
"Oh, splendid. Father had mentioned that he visited, yes, but given the circumstances it did not feel prudent to ask him all manner of questions about fashion and the like. Besides, I think you know as well as I that, while he may be well-studied on the topic, fashion is hardly a passion of his."

Not that Ada said that in any sort of chiding tone or anything. It wasn't as if she expected Himiko and her father to share every possible interest, that was frankly unhealthy for any relationship.

"Well, I would be quite honored to be introduced to someone of her position. I understand your captains are held in a fairly high regard, yes?"

1, 2
Permissions in this forum:
You cannot reply to topics in this forum
Who is online?
In total there are 18 users online :: 1 Registered, 0 Hidden and 17 Guests