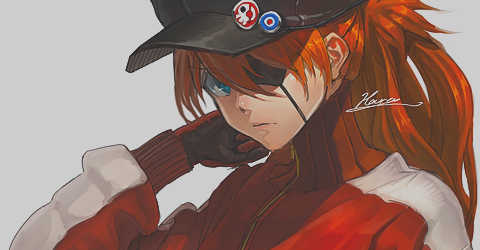 Psychological Analysis
A loner, recluse, outcast. Whatever comes your mind when you think socially isolated child and that's pretty much what you get when it comes to Czarina.

In terms of overall mental maturity, Czarina could be considered a young adult, having enough maturity and recognition to live independently while not enough to recognize others and give them the respect they deserve.

BACKGROUND INFORMATION
So occupied with if they could they didn’t consider if they should. That’s the entire reason that Czarina even exists in the first place.

Born back in the time where the spiritual world was still relatively unknown, there was a man who could only be described as inquisitive. An obsessive Shinigami that was dedicated to his work a little… too much. To him, there was nothing in the world in which he would not pursue to know, and nothing that would stop him from accomplishing this goal. From altering himself, to others’ souls, this man did not cherish anything besides knowledge. It’s safe to say that the world hated him, and for good reason, however, he did not care in the slightest.

To him, there wasn’t really a thing such as love, finding it an unnecessary emotion that rarely gave results. What did give results, however, was curiosity. And with the Arrancar now a player on the global scale, it's only natural that he would start to wonder what these monsters could do. Out of curiosity, he had impregnated one to see the product of his madness twice-fold. What he got would end up being Czarina (nameless at the time), an odd monstrosity. Due to his shinigami genes and the mother’s Arrancar genes, they looked oddly human. There was no fragment of a mask that had never existed and there was a clear hole in the center of their chest where a heart would be. However, their eyes, their skin, almost everything about them screamed shinigami bar those glaring traits. Interesting.

What would be more interesting, would be to see which side would win. Having the means to cross the line between hollow and shinigami, what would happen if you tried to alter a being that had already achieved that goal naturally. Going through with this hypothesis with the aid of his, he watched as this infant had formed a mask and watched it crumble into dust. There didn’t seem to be any changes at a glance, and the baby had gone from crying to silent so it was safe to assume that it didn’t make it through the procedure. With his curiosity sated, and frankly disappointed, the child was thrown from atop a castle and cast out into the sands of Hueco Mundo.

While nothing more than a science project to most, to her mother she was still her child. Expecting this outcome, her mother was there to catch her after being literally thrown out. She would flee with her child to the outskirts of Hueco Mundo, becoming virtually impossible to find in the sea of white sand. It was there that Czarina would live out most of her life

EQUIPMENT
○Estoque: A "limiter" with huge ass quotations marks. Taking the appearance of an eyepatch, it doesn't actually have any special properties that limit Czarina outside of covering one of her perfectly good eyes. So really, if you think hard about it, technically it is limiting her capabilities for as long as she has it on.

POWERS AND ABILITIES
○ Crossbred Advantage: Due to being a hybrid of both Arrancar and Shinigami, Czarina has the inate ability to dip into either pool and use it to strengthen the other side, effectively making her a psuedo-vizard. While using her shinigami-related abilities or anything that's reiatsu related, she can dip into her Arrancar powers and hollowfy these abilities.

This is, normally, purely aesthetic. That is unless it comes in contact with a Quincy, which then it becomes poisonous as per the Quincy racial weakness.

○ мировая тактика (Mirovaya Taktika): World Tactics, what Czarina has named her ragtag fighting style. Notable through the aggressive, wild strikes and incredible versatility, this fighting style is one that Czarina created to have every situation in mind. If a situation arises where she does not have an answer to it in World Tactics, then a new move is created in that moment to then fill that void if it were to occur again. This makes the fighting style potentially limitless and impossible to master, as eventually, the level of what's possible would be far more than could be learned in a lifetime.

However, that's still a time yet to come.

Shinigami Abilities
○ Zanpakuto Name: No clue, she doesn't even have a zanpakuto yet.

○ Zanpakuto Appearance: No clue, she doesn't even have a zanpakuto yet.

○ Zanpakuto Sealed Power: No clue, she doesn't even have a zanpakuto yet.

○ Resurreccion Abilities:
○ Aspect of Death - Belief: With the given law of Death, it's only natural that through it religions would be born. The belief in the worship of death, belief in a life after death, even the simple belief that Death won't come to claim you. In any case, these beliefs often stretch the truth of reality to fit whoever is desperate enough to believe.

○ Oración: Prayers, an entirely subjective alteration of personal reality. For Czarina, when in Ressurecion she can