Not a Moment To Waste [Alastair, Sophie]

Not a Moment To Waste [Alastair, Sophie] 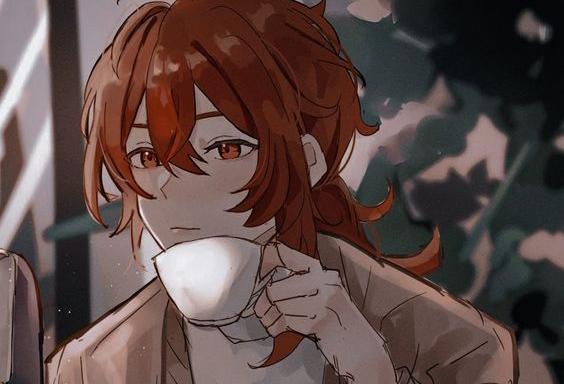 ALASTAIR EISFLUCH | OFF DUTY
Alastair had a lot on his mind most of the time these days, his life had been moving at a pace that some might have considered frightening but he was hanging on with an impressive grip. It might have been straightforward to put Jefferson at the heart of this sudden change, but there was another significant event that had happened before and involved another significant person in his life.

Sophie Geisleitt had taken him by surprise just as much as he had taken her by surprise in turn. He had stumbled face-first into a date with her, a pleasant meal by any account but more of a fact-finding operation than anything that could truly be called romantic. Yet, ever since that first meeting, he could feel a rush whenever he thought of her. Alastair had never considered himself foolish enough to act in such an improper manner around another person, and yet he could not stop himself from just wanting to be around her. He felt comfortable there, even when he had no basis for being such, but he had never claimed to understand his heart and mind.

It had taken a while to coordinate when they were both able to take time away from work-related commitments, even Alastair's steadily filling up calendar paled in comparison to Sophie's own, but eventually, a date had been arranged. He had been the one to suggest a trip out to one of the City of Lights' many actual islands, upon which the metropolis had been built, to spend a day away from the usual hubbub of the city. Hours had been spent searching out an appropriate location in advance, a secluded beach that the two could enjoy in comparative isolation, so he was as prepared as could be.

With a wicker basket thrown over one shoulder, an appropriate lunch for the pair of them stashed away beneath towels and an umbrella, Alastair arrived at Sophie's apartment as fashionably early as ever. Unlike before, when he had waited until their agreed-upon meeting time to buzz up, he wasted no time in letting her know he was here. He did not mind waiting for her, in fact, he expected to be, but - again - something motivated him to be a little less formal than he might usually have been. Still a gentleman, but a shade less cold. 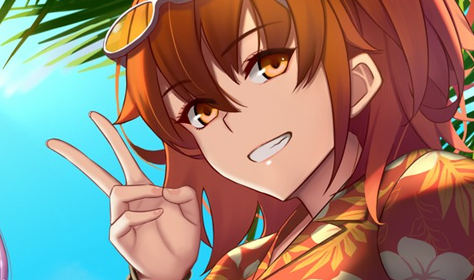 SOPHIE GEISLEITT
There he was, Sophie grabbed the basket off her bench and went to meet him at the knock of the door. A little confusion when she opened and saw him with a basket of his own. That was a little awkward, it was the first thing that struck her and rather than talking about it she just took it in stride and went back to smiling in her shirt and shorts, it was entirely casual on her part.

"Good morning! All set on my end, I have no idea where we're going but you planned the spot so I trust that I'm dressed appropriately, right?"

Acting as an administrator and acting as herself were two completely different flavours of Sophie, she liked to think anyway and she didn't really know what spot exactly he had in mind but she knew it would be the beach. Swimsuit under her clothes too just to make sure she was well and truly set.

ALASTAIR EISFLUCH | OFF DUTY
And there she was. A smile crept across his lips as he saw her, noting that she had brought a basket of her own he supposed that they would not be going spare for food and supplies. His smile only grew a little in response, as he offered out his free hand for her to take. He would have pulled her into a hug, but perhaps that was improper for the start of the day so he would settle for that unless she went for more.

"Good morning to you too, Sophie. You look lovely today, and perfect for the beach."

It was nice to see her out of work mode, just as it was nice for him to be out of that mindset too. Not that Alastair disliked anything about Sophie when she was working, in fact, he enjoyed how dedicated she could be to her job, but seeing other sides to her was equally appealing.

"I do have a particular location in mind, and it should be nice this time of year."

Maybe she was taking the compliment a little too quickly but it was nice to be complimented on, it was neither foreign but it did however remain as something she never really thought that she would be terribly thoughtful of. It was just the nature of the new things she got to experience.

"Well, I'm glad to hear that you're so organised."

She said remaining in his embrace until he saw fit to let go and set them onto course.

ALASTAIR EISFLUCH | OFF DUTY
Holding that embrace for what felt like an age when in fact it was nothing more than a polite couple of seconds, Alastair instigated the breakaway before they wasted the whole day here at the door to her apartment. Not that he was exactly opposed to such a thing, but this was all a new experience to him too and he did not want her to feel like he was overstepping his bounds.

"The least I can do is be properly prepared for our little getaway. Now, shall we get going?"

One hand still innocently intertwined with her own, he set off leading the way towards the coast. He had walked the route from her place twice already, to make sure that he had it well mapped out and ensure that they would not get lost, though he had not accounted for the additional distraction that was Sophie pushing all reasonable thoughts out of his head simply by proximity. That was just a passing concern though, he was confident enough in his natural sense of direction. And, if worst came to worst, it would be easy enough to head for the water and simply work their way around the shoreline from there.

"I do find it is rather easy to get caught up in the wonder of the city itself and forget that we live on a rather idyllic island paradise. That which formed the foundations upon which we now stand."