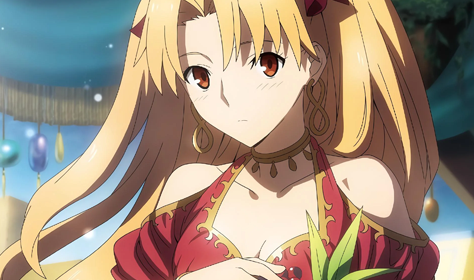 Psychological Analysis
An enigmatic derivative of Arcadia that rarely appears due to a fundamental clash between them. No different is Elysia's relation with herself as a child seeing the future and being dissatisfied with the person they will grow up to be and vice-versa for Arcadia who is like an adult looking back at their past and thinking they were a foolish child.

Despite the way that they do not see eye to eye, it is undisputable that she represents everything that the core of the individual believes in. A child has future and possibility to grow into. A seed that can grow into a tree which can branch into many pathways compared to an older individual which has walked one of those paths.

Born with wisdom but not experience, trial and error is something that Elysia takes pride in compared to her older self who does not like to think of herself as having struggled or had imperfection in her life. It is okay to fall over and struggle every now and again but not to give up or surrender to defeat.

She is no leader or authorative figure either, to take care of a child, a pet or lead people is beyond her capacity. Charisma is not something she was born with but acquired through experience. That's not to say she won't try, Elysia has intiative to her which makes her willing to try something at least once.


BACKGROUND INFORMATION
April of 2421, Cyrus ast-Auramazda lost his godhood due to a split and gave form to Ahura Mazda by the intervention of Arcadia. A process which was induced through giving up a part of herself and imparting it to Cyrus in the form of a sacrificial spell to push him into a higher form of growth. While divine aptitude did leave his form, Arcadia's catalyst remained with him and not Mazda.

While they are fundamentally the same person, Elysia describes her relationship with her older self as almost being as two different people. While the gender aspects of her older self behave differently, they are still very similar and only express certain qualities under a specific form. Elysia is a different though for the distinction between sex is not nearly as important to a youth as it becomes older. The cause of their vastly different personalities can be attributed to time. Due to her age as an incredibly old danava and experiences causing change, certain details were forgotten or discarded by herself as she grew more mature.

The greatest point of divergence between the two of them is the moment that she began to be worshipped as a pseudo-deity in the early epochs of Demon World which caused her to view herself as less and less like someone who was part of the masses compared to Elysia. Discarding away a great deal of her own history as a person to fit the narratives that people projected onto her.

NATURAL ATTRIBUTES
Projection: Elysia is limited in her ability to interfere in the world, this is due to her status as being connected to Cyrus in a kind of lifelink where her own state of being is dependant on whether or not he is alive. In short, he is an anchor to her existence and in addition she is not always able to be active. When she does manifest herself it is usually only as a mental image for him with no physical form or presence.

At this time she cannot manifest a body for herself and separate, instead requiring conditions and progress to work towards acquiring a permanent vessel to utilise or further development to become able to temporarily manifest in physical form.