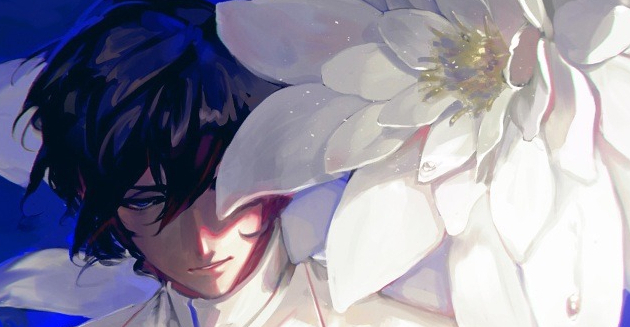 CYRUS OF THE SWIFT FLAME
Cyrus typically would have simply called a squad of Sternritter to his office in the event of an investigation, but this was a matter of rather more significant import. It was, in fact, something that he could not reliably entrust to any singular squad. Rather, it was a complete anomaly, something that left him with no option but to ask exclusively for volunteers.

Admittedly, the volunteers he'd received were not what he would have called ideal, but he appreciated them even so, and he sat behind his desk in his spacious office with confidence. He did not resemble the sickly man he had not long ago been, and as he studied his volunteers, he began to speak in his echoing baritone, the room's spacious nature only making it all the more imposing.

"Thank you for your willingness to take this mission. Given the time-sensitive nature of this situation, I will not waste your time outlining what you already know. I will simply explain the current situation as we understand it."

Steepling his fingers as he focused his thoughts, Cyrus then continued, his tone rather grim, all things considered.

"In the eastern United States, our local Sternritter teams have reported a significant presence of some manner of military presence since this matter began. We still have no further intelligence on what the unknown energy being released from this valley is, but we do know that it seems to have come from an underground source. We have a small collection of photographs for your perusal, but there is precious little we know at the moment."

Sliding the photographs across the desk, Cyrus showed them what did truly seem to be little more than an empty river valley with ill-defined military-looking forces in the vicinity. While the men had a fairly clear formation, it showed nothing aboveground.

"Are there any questions thus far?" 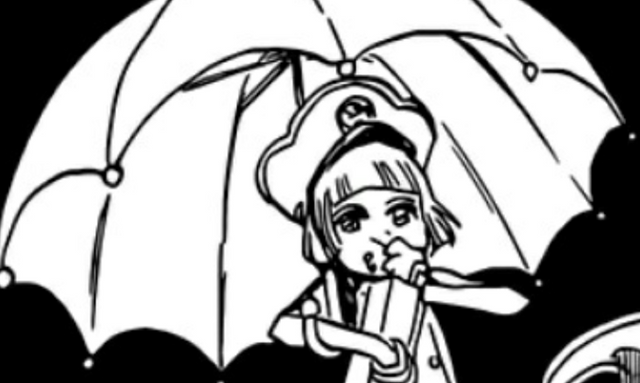 Standing alongside the others, Liltotto's gaze was raised to fix on their Grandmaster, working on a chocolate bar as he went into detail about their destination and all they had on it. She had a feeling he wasn't super thrilled about who showed up, not that it was terribly of her concern; this was volunteer work - better off being happy anyone showed up than not. Least, if that was how he felt, he sure wasn't outwardly showing it.

Damn, that's all we got? The only change in expression she gave was a slight raise of the eyebrows, Well, probably was a fucking rush job with those squatting shitheads about.

She strained to get a look at the photos with her short stature, narrowing her eyes, Who the fuck are these yahoos? Swear if they're some brass-balled vigilante kids or some equally stupid shit...

Well, no use getting all caught up in her own thoughts - she did have her own questions,

"If I may?" She'd speak up after snapping off and swallowing another piece of her bar, "Obviously the best case scenario is that we don't end up fighting those guys and know their deal, but in the event they've proven to be hostile and attack us first, is use of lethal force acceptable in that circumstance?"

That was the first thing she wanted to be made clear, especially with the projected wariness of the attendees,

"Secondly, when we do find the source of the unknown energy, i'm guessing our main priority is to secure it. That is, assuming it can be secured." 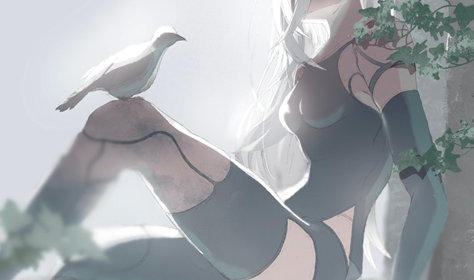 SHIROHIME | WHITE PRINCESS
Compared to Cyrus' return of robustness she looked as weary as ever, normally she might be seen leaning against a wall off to the side but anyone familiar with the layout of Cyrus' office knew that it was very large and minimalistic. The only thing she had to lean on being his desk and so she was there off to the side, one might almost believe that she couldn't be apart of this group given her sickly appearance and the way that she hovered closer to him than the rest - even if it was due to her ailment.

"Assuming our alliance with the Lux Orior holds, we can expect some liberty from them. Unless circumstances are changed, we should expect no hostily from the major players we know of correct, Cyrus?"

She had faith that he had done that much considering her aims had been progressing relatively slow and that being a result of his attempt to remain in good graces with the others. There was the other matter that Liltotto brought up which made the ghostly white woman smile to herself.

"I can handle the securing of the source."

It was said with remarkable confidence despite the fact she looked at death's door, at least she wasn't trembling or short of breath. It was a fairly good day, she did not expect it to last if things got complicated. She wasn't as sprightly as she used to be when she was a young woman doing all kinds of spectacular travels. How distant that time of her life felt now.

Ah, so this is what it felt like to be within the presence of the Grandmaster, huh? Natasha observed his appearance quietly as she followed his every word and listened to the others speak about their respective roles and the parts they would play, with Shirohime and Liltotto vocalizing their thoughts the most. In both appearance and posture, he certainly held a certain air of majesty that left one intrigued.

She pondered on whether or not there were any questions she wanted to pose towards the Grandmaster but between Liltotto posing her own question about lethal force and Shirohime's intention of securing the source herself... Natasha felt it more fitting to remain silent until she heard any other detail that would warrant a question.

She was a new member, after all, and she preferred learning about who she'd be working with and how they could mesh. She had her own sort of experience from years of combat and time spent in the army but this was a different beast. It was better to observe and analyze. Thus, she remained dignified and postured in their presence and awaited further instruction.

Giselle sat quietly amongst the rather ...surprising assembly of Sternritters and of course Shirohime. Certainly something of a surprise member of this little mission to say the least. As it were, it seemed this was another mission that was full of ...volunteers. She had to admit that it was a little strange that somehow the Vandenreich military functioned off of people saying they would do a job rather than those specialized for the job being TOLD to be deployed. Certainly not what she expected when she decided to join the place.

All the same, the explanation of the situation at hand was..... vague to say the least. She'd certainly heard that their ntel could be limited at times but this was still less than she'd expected. She didn't speak up in regards to Liltotto's question, however she DID perk a brow slightly when Shirohime spoke up to the effect of knowing that she would be able to secure the signature once they got to it. She was ...quiet for just a moment before she wound up speaking up. "Miss Shirohime, would you be able to elaborate on how it is you plan on securing the energy? Just so that we know what to expect when we get there?" She asked lightly. Given that they ....well...didn't know why the energy was there or what it was, it could be anything from some small rock pumping out the energy to just..... a bunch of energy that was dumped there from some other thing or phenomena that might not even be present. So trying to imagine that energy being 'secured' in her head could be anything from containing an object, to sealing off the entire area. A job that felt like something way more than just a small group could accomplish.

"And are there any other hazards in the area that we should be aware of? IS the energy like...dangerous? Will we need protective gear or anything like that? And you mentioned that there is a present militia in the area. But outside of those individuals, who else might we expect to run into that might complicate the mission?" This time her question was directed at Cyrus.

CYRUS OF THE SWIFT FLAME
"Indeed, Miss Lamperd. Lethal force is allowed in that scenario. Frankly, I would prepare for it. As for your aim, yes, I would prefer you bring whatever the source is to the City of Lights. I do not believe it would be prudent to let it fall into the hands of others."

Naturally, Cyrus had full faith in Shirohime's ability to handle this, to the pointt hat he needed not ask the question of how she might do it. Of course, he also understood more of her abilities than most, but he was not particularly at liberty to divulge that.

"We know quite little regarding the energy itself. It is wholly alien, and while our scouts have not reported any ill effects, that does not mean you should assume it is benign. Expect the worst. I fully expect that there will be others investigating this matter as well. Likely from the Gotei, and perhaps from other organizations as well. Lux Orior, Vastime, even Moksha Tisrah or holdouts of the old Shadow Fall."

There was little else to say on that, given how little they genuinely knew about this. Cyrus did not especially enjoy sending people into the unknown, but what else could he realistically do but tell them the honest truth?