Man he was pissed.

The argument with Lilynette was not but a few moments ago, and that left him in this strange Bazaar without any means to actually vent that anger. So he sat down at a bench, holding a kebab, with nothing but a simmering anger as he ate what could only be described as 'angrily.' He was hurt, admittedly. As if he had reacted badly to something maybe he shouldn't have. But it was far past that, and he couldn't take back the words he said. Nor would he really want to.

Such was the frustrations of being young and prideful.

As he took a bite of the lamb, stuck in his thoughts, he'd mutter something.

The man behind a stall got to work on preparing something for her. That's what having the connects with the regular merchants got you--priority ordering. The line wasn't insignificant either, but the food was so damn good you wouldn't dare voice complaint, just some appreciation for when your turn was up.

Micaiah had a large rug rolled up on one shoulder, with a length greater than her height, so the pathways people were walking along had a good amount of its space taken up. Much more when she spun around to look elsewhere, people ducking or bobbing out of the way. That was mostly for the people who seen her and were aware; unfortunately, not the case for everyone. One poor guy on a nearby bench was one of the unlucky few. Normally, the rolled rug would've swung ride over his head, but a paper plate, probably from one of the stalls, was right in front of her feet.

"The hell? C'mon, people, have some respect; some Danava of the Earth would blow a casket if they saw this!"

The girl bent down to pick it up, by the knees of course--as was proper when carrying things--and if the guy didn't dodge out the way, the rug was heading straight for his noggin.

Who the hell was being so god damn loud?

His question was soon answered as he had a kebab stuffed into his mouth, some woman with a rug larger than herself. Worse yet she had deemed it fit to bend down to pick so trash up, and shot that rug straight towards his face. This might've proved an issue for the normal mortal, but he was no mere mortal. His torso would drop completely akin to a limbo, going nearly parallel with his bench he was sitting on. This was thanks to his remarkable conditioning, and his trained reflexes.

However, he would say something.

"Yo', you almost hit me." He'd remark from his position admittedly annoyed. But that was mostly from his earlier interaction which was now definitely bleeding into this one. Had he the foresight to actually limit that he might not have sounded nearly as assholey. Then again, she did almost hit him. As he remained in the position he brought a hand up to take another bite of his food finishing the snack.

Just as the man had inhuman reflexes, so did Micaiah; when she thought herself spoken too, the girl turned herself around to face the source of the words, the rug flying back in equal speed. She stood up at the same time, tilting the rug downwards to fall directly towards the parallel man's face.

Was someone talking to me?

And just like that, Sol caught a rug to the face.

Rather it kinda smashed into him in a weird angle, knocking him off his bench as he tumbled to the ground with a curse. He'd begin to get up dusting himself off. "Nevermind then." He'd comment both annoyed but also equally disinterested and demotivated to start a fight right now.

Micaiah dropped the rug off her shoulder; it didn't hit the ground, or the man again, but transformed into a golden card. The card then dissipated into smaller particles and found their way into the gourd on her hip. Naturally, she could've done this from the very get-go, rather than lugging the heavy thing around everywhere the whole time. But, there was something different about carrying product through a bazaar; a different sort of feel to it, that she felt herself contributing to when doing things the hard way.

But this was no time to be just another part of an environment--a man was downed, for crying out loud! Once her hands were free, Micaiah bent down to help the man get up, helping him in getting all the dust off him. She swatted away at his pants with no hesitation or propriety whatsoever; from shins, to thighs, to hips, and onwards. She even gave his rear a good smack, but that one was just for her. All this swatting gave her a good idea of the firmness of the man's body, after all--and she had to say, 10/10. Good job, guy.

"You okay, guy? All good now? You gotta watch out for those rug villains out there, they have absolutely no boundaries whatsoever!"

With the rug not in her hands, but rather in her gourd, she figured there was no way the guy could assume her own rug was the source of his troubles.

Having been knocked onto his ass and then promptly helped to his feet was a strange experience, but was equally strange was how handsy she was getting. And she gave his butt a slap to cap it off, Sol more or less frozen by surprise and the audacity this woman had. He opened his mouth to say something for a moment, before promptly closing it. He was at a loss for words considering she was the one whom knocked him down, and then proceeded to grope him. What the hell...

"Yeah, I'm good. You should watch out with those rugs, wait where the hell is the rug? Did you fuckin' yeet that shit?" He'd comment with surprise immediately turning his head, long hair whipping around as he seemed to look for the rug in question. Once he couldn't tell where it went, he'd sigh looking back to her curiously.

"I don't even know what to say, who are you?" He'd finally just ask a bit flabbergasted at the whole situation, but also cause she was a little cute. You dog, Sol, you.

Micaiah tilted her head to the side and offered a face of inquiry at the accusation, for which she hadn't the slightest clue about. 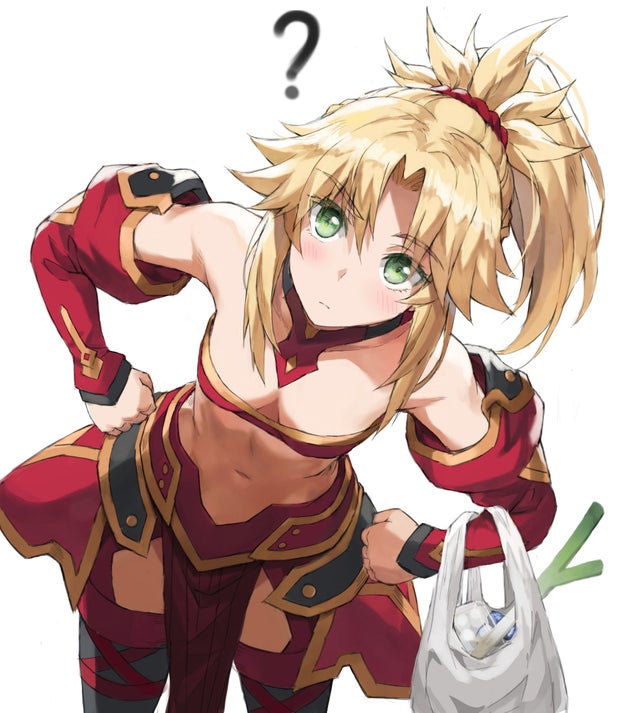 "What's up? You okay? Did you get hit on the head a little too hard?"

The girl stood up onto her tippy toes and reached out to pat his head, moving his hair out of his face to get a good look at the point of injury.

"You look fine, rather, fine. It's all good, all you have to say is, 'Thank you very much, kind samaritan, for looking out for the health of a stranger. Because of your magnanimity, I will pledge myself to you.' Nothing too much, you know?"

"I will not be pledging myself to you, 'good Samaritan.'"

Sol would remark incredulously at the scandalously dressed woman, whom saw fit to give him headpats. A hand would raise upwards to grip her wrist gently lowering her hand from his head. As he did so he would drop it, although he couldn't help but smile. It was cute, and he was a sucker for things like this. He'd try to hide it, but it would slip through as he moved his hair out of his eyes.

"Although, if my savior is so wanting of a reward I suppose I could get you something to eat."

Micaiah gave a frown to his response, even muttering a meek "Ungrateful..." Still, she gave no resistance to her hand being lowered. After all, Micaiah was never one to bite the hand of the person that would be feeding her.

"I suppose a meal will suffice. As a good samaritan, I won't be picky in how you repay my generosity."

She gave an approving nod, only now just remembering that she still ordered something from the stand. Now, she could just ask the man to pay for the kufta, or, entertain the idea of trying something else. It wasn't her pockets being wrung, after all.

"So, what did you have in mind for a meal? You know, I hear there's a cafe on the east end of the bazaar. It's fit with sand-heated tea, a hookah lounge, the whole shebang."