Sol was going through literal hell.

Was he fighting an intense battle for life or death? Perhaps he was struggling to explain to someone a recent fuck up? Or maybe he had lost all his money? Nope. What he was dealing with far exceeded all that: corporate bureaucracy. Otherwise known as the literal bane of his existence currently. On paper within Vastime, he was dead. And his mother. So naturally with no inheritors to his belongings, much of his stuff was taken by the Duvailer group.

The people who banked rolled his fighting career when we was alive.

Normally this wouldn’t be too much of an issue, but Sol wanted one thing back: His prized truck. A truck he had spent quite a bit of money on, and generally just loved working on. Sentimental value, but it did run an exorbitant amount of money due to being essentially a collector’s item. He had been given the run around, transferred to multiple different people- put on different wait lists- and finally he had managed to get a meeting at one of their admin buildings.

Naturally, Sol was pissed. Currently waiting in a chair tapping his foot impatiently to be called up. Yep. He hated this shit. 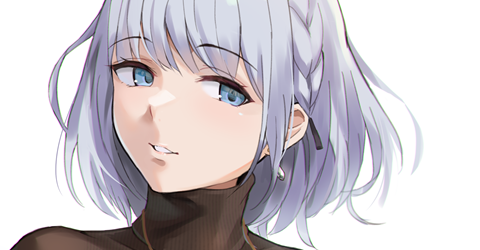 ELIANE OVIDE
Oh, how rarely Eliane was allowed to interact with the lower, everyday clientele. She tended to be sent to those business partners who required a bit more convincing than simple sex appeal or funds, though of course both of those were resources she was willing to toss around with impunity. So when she happened to hear of some nuisance of a young man insisting that he get back his possessions, she was thrilled to take on the case.

Stepping out into the lobby, the picture of perfect professionalism, Eliane gave the young man a small, polite smile, gesturing back toward where she had just come.

"Mr. Palliser? I'm terribly sorry for the delay. Please come with me, I'd be quite happy to help you get this matter sorted."

She'd heard that he was absolutely livid, of course, and that he was a difficult one to please. That was exactly what she was hoping for, of course. Just one slip-up was all she needed.

Sol wasn’t a complete asshole enough to just be rude to anyone who approached him, but he was visibly agitated. Being dragged around by a corporation when trying to get back your RIGHTFUL property was annoying. However it seemed like his troubles was at an end soon, for a woman had emerged calling his name.

He stood up running a hand down his shirt, deciding to follow her without much hassle. “It’s alright, let’s hope we get this resolved quickly, eh?” He’d comment seemingly in better spirits for now. After all, he was getting hope this might go in his favor!

What could go wrong?

ELIANE OVIDE
As she led the way into the office she'd commandeered, Eliane gestured to a seat for him to take. She could have simply gone around and sat in the typical seat, of course, but that wouldn't be nearly as entertaining for her. Instead, she simply took a seat right on the desk itself, one leg crossed quite tantalizingly over the other, though her face retained the same look of cheerful professionalism.

"I understand you have been having some difficulties in acquiring what you believe to be your property. Would you mind terribly explaining the issue to me?"

Her choice of wording had been quite carefully constructed to irritate him, while at the same time painting herself as simply trying to be helpful and friendly. What he believed to be his property, wasn't that just so clever on her part? Ah, she was quite looking forward to this.

Sol was a simple man at heart, one who could be pretty easy going. With that however came the simple desires of a man, and it would be simply false to say the moment she sat on the desk Sol and he took his own seat, that it was contest of wills for him not to lean forward. But! The lad was able to maintain some degree of candor and professionalism himself as his lips drew taunt at her wording.

“Well it is my truck. I just, so I was killed by a Zanpakatou. As in the actual spirit of one. So I died, legally, in Vastime but I wasn’t like actually dead. I’m still here as you can tell, but I had to deal with some stuff in soul society. And my family wasn’t able to claim my property.” He’d explain with some difficulty, having to have done this nine separate times on this quest.

“The long short of it is my fighting contract was with this company, and I guess they claimed my items when I died. I don’t really care about anything else. I just want my truck back. That can’t be all that hard, right?”

Eliane removed herself from the desk and walked around it, slipping her jacket off to reveal the sleeveless turtleneck underneath. She'd never fully understood why it was that men always seemed to go wild over this, but it worked quite often. Ah, but that was only the first step of the process, as she opened the drawer and leaned over provocatively to search through it. Not unprofessionally, of course. She was quite adept at this, after all. But certainly enough to show him exactly what she had.

"According to our records, your truck has already been moved into a private collection. My apologies, Mr. Palliser, but your contract did carry your possessions as collateral."

The folder was closed with a faint "clap" sound of finality, and as Eliane stood upright once more, she brushed a bit of hair behind her ear suggestively.

"It would be quite poor form to demand these things back from their new owners, you understand."

Be strong Sol, be strong.

It would be foolish to deny that Sol was indeed attracted to the plays she was making on him, but he wasn’t so easily manipulated. He’d clear his throat as he shifted in his seat, taking care to avoid staring at her ass as she bent over. That wouldn’t do. Although Lilynette might’ve called him a fag in this moment, he rather not take the obvious bait.

But as she further explained the situation, his brow would furrow. “Ok, well can you at least provide me who the private owner is? If corporations can’t help me, then I guess I should cut out the middle man.” He’d place a hand on his knee leaning forward, clearly approaching this from the perspective of an African male rather than a businessman.

In his eyes, he’d just kindly explain to the guy who had his car why he should give it back. Yep.

ELIANE OVIDE
"Hm? Oh, no, I'm sorry sir. We make it a policy not to disclose any information regarding our clients or business partners. You understand, of course, that it's a matter of security."

Eliane returned to her place on the desk now, looking downward at Sol with a measured, corporate sort of confidence. It was polite, naturally, and seemed simply innocent and professional. She wanted him to feel misplace irritation, unjust personal spite. She wanted him to hate her for all the wrong reasons.

"I understand this likely means a great deal to you, sir. Please understand that I will gladly do whatever I can to help you."

As she said that, allowing the faint French accent to be emphasized just a bit more, Eliane leaned forward, an innocent air to it that was somewhat overshadowed by the emphasis it put on her notably ample bosom. Would he take the bait? Frankly, Eliane didn't care one way or the other, but she did have to admit it would make the day that much more entertaining for her.

The more she spoke, the more he found himself growing irritated. As if her words felt akin to a bee buzzing in his ear, as he slowly found this encounter untenable. But when mixed with the clear attraction if not sultry aura which she presented, it was a toxic cocktail. Had Sol been in this seat a few months ago, it would have sent him for a loop that no amount of will power might overcome.

However, what he felt now was a headache at a clearly personal thing to him being kept from him. An elbow would rest on an armrest, his hand coming to rest his forehead against his fingers as she explained the situation to him. Some part of him couldn’t blame her, but that didn’t mean he didn’t hate the corporate bullshit he was dealing with.

“Yeah, I get it. But, and excuse my language here, this is some bullshit.” His tone seemed to cut through the air for a moment, as he removed his forehead from his fingers to look at her. It was clear on his face the obvious level of conflict. “I don’t know how you can really help at this point…” His words trailed for a moment as he stared at her, his lips pursing into a tight line.

Yeah, she was trying his patience in every measure of the word.

“Is there really nothing you can do, to help me get my truck back? Anything at all I could do?”

ELIANE OVIDE
Eliane really liked that, and if she weren't a woman of such exceptional training and composure, she might have even cracked a wicked smile as Sol allowed himself that little outburst. She could tell that she was getting under his skin, that he was getting more and more irritated with her. Perfect.

"I can do my best to track down any information on where the rest of your belongings ended up, sir, but I am terribly sorry to say that there is little else I can do..."

She trailed off, there, allowing a bit of feigned sadness to creep into her voice as she looked away with a small bit of dejection. The perfect image of a woman willing, but yet to be fully convinced that she could help.

"If need be, I can look through the corporate handbook to see if there is some loophole, but I really don't believe that I could simply share that information with you..."

Would he put in the effort to convince her? A vulnerable young woman who had already made herself quite open to him?

She certainly hoped so.