You Are Indeed Exalted [Ninsianna, Arcadia]

You Are Indeed Exalted [Ninsianna, Arcadia] 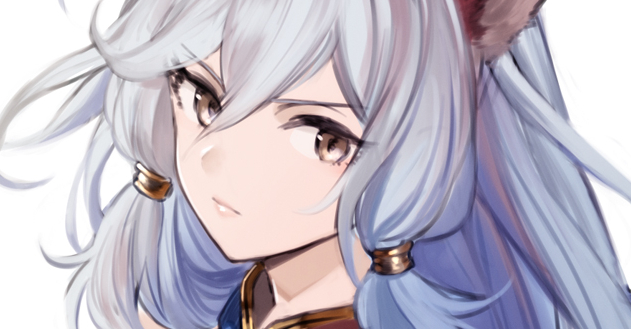 NINSIANNA KISHAR
Ninsianna's return to the City of Lights was one with no fanfare or notice. She certainly could have reported to the office of the Grandmaster, and informed him that she was returning to her duties, but instead she had one single aim. Into the administrative building she walked, purposeful in her stride as her heels clicked against the stark white floor. There was only one person she cared to see at the moment.

So, as she stepped into one of the countless offices, Ninsianna looked to the poor young man who was suffering under the vile attentions of Arcadia. Her voice was firm, even, but far more forceful than it had ever been within the City of Lights.

And, when he had obeyed her command, Uru-ka-gina manifested behind her, its tip tapping against the floor of the office and establishing a simple, yet quite clear Edict in that single room; that it was "Forbidden for anyone to exit this room."

ARCADIA OF THE CLEAR SKIES
Oh? Wasn't this a surprise. Her look could almost throw the woman off but goodness if it was not for the fact that Arcadia could tell by the ears and the spiritual presence then she would deign to say it was not obvious.

"Oho, Ninsianna? My you look different. I can't say it's not bad though, quite the looker after abandoning the old hag look."

She sneered at her, getting off the desk and going to approach her. The golden locks falling behind her appropriately as she advanced. Her last prey had been sent away, it was only this woman she could take now and she did like the look of her.

"You want some fun off the contract? Didn't really fit, I agree. Far more fun to go with the flow."

It was all aggression, nothing but only impure sinful intentions of all the worst kind. Had she not just taken what was her's to interrupt this kind of fun? It was just too cruel, too cruel Ninsianna like taking a half-dead mouse from the cat's mouth. All the evil of the world directed at her with awful intent.

"You think you run off for a little bit and can meddle in the affairs of Ahura Mazda or any of the yazata? or me, Angra Mainyu?"

NINSIANNA KISHAR
There was no fear in Ninsianna's eyes as Arcadia threatened her with the wrath of Mazda himself, only an undisguised disgust across the whole of her features. She looked upward into those red eyes, which mocked her so deeply, and simply retorted with confidence.

"Even the gods abide by their laws. I do not fear his reprisal, and certainly not yours."

She knew, of course, that Mazda did not care about the woman before her. That was precisely why she was so confidence as she simply reached out and pushed Arcadia back as she came to approach.

"You are simply something unclean to be excised from a good woman. And if no others will, then I will take that duty upon myself."

Ninsianna knew that this small piece of Mazda would not be easy to remove. At the same time, however, she knew that it was still Mazda. Someone else, something else, for her to make a decree against. All that mattered now was simply to find that piece, to locate it across the whole of Arcadia's being.

ARCADIA OF THE CLEAR SKIES
It was a little surprising that Ninsianna pushed her back, words falling on deaf ears but her actions speaking loud enough for Arcadia to retaliate and grab at the imputent woman to manhandle her around and try to push her onto the desk with spite. Who exactly did she think she'd become? To get so uppity and disruptive.

"Why you little pencil pusher. What can you do against me? You can't do anything with your frail little body and needing me to consent. Do you think I'm stupid?"

She pushed Ninsianna's face into the desk a little more if able, ignoring whatever tool she had conjured before in her anger and frustration. 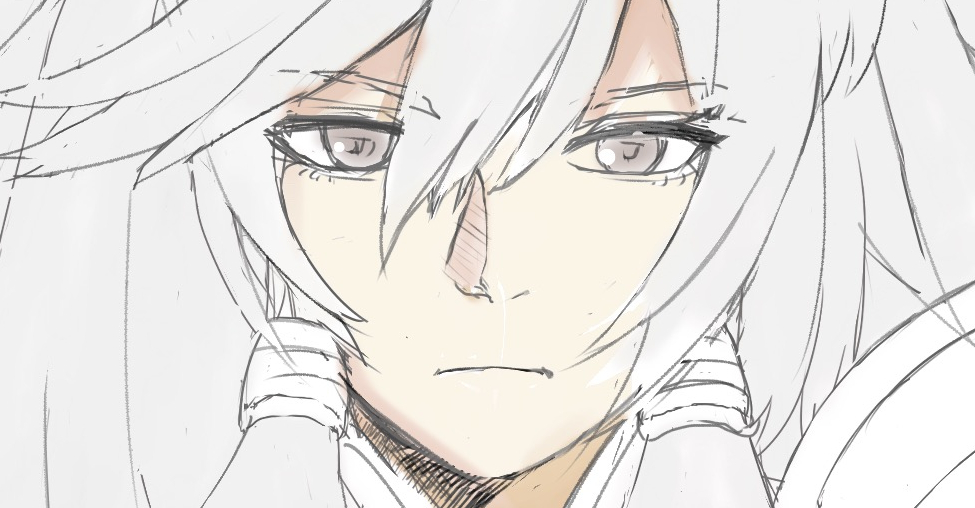 NINSIANNA KISHAR
Ninsianna had expected this sort of retaliation, of course. She certainly could have stopped it, but why should she do such a thing? This put her into much closer contact with Arcadia, allowed her to sense the woman's being in a much more complete manner.

Ah. There it was. Faint, but there, and certainly every bit as repugnant as Ninsianna had anticipated it would be. As she was pushed into the desk, she had Uru-ka-gina simply float behind Arcadia, its tip pressing against the small of the weaker danava's back. It was a clear threat, and when Ninsianna spoke again, she allowed some of her power to be carried in those words, the strength of her Origin on display.

"Were you not such a pitiable creature, I would almost find it amusing that you believe you must consent to the word of law."

With that said, she simply entered into her focus state, her already quite potent energy spiking further. But, of course, she made quite certain not to harm a single thing or person. instead, she simply spoke out her Decree, limiting it to only this very same room that neither of them could leave.

"Dare not speak for the purpose of insult, or of pride, or all blessings bestowed upon you by the gods will be mere ashes."

Ninsianna knew fully that no piece of Mazda would ever accept such a command, that the pride of the divine would scoff at it. But she also knew abundantly the scope of her own power, that the enforcement of her word by Nidhana would overwhelm even him. And that was all that she needed.

ARCADIA OF THE CLEAR SKIES
What a little runt, a mongrel that was as a dog that needed to know it's place. It was infuriating to the Clear Skies who and in an ironic manner, it destroyed the clarity that she preached that she had as this particular woman made the decree obvious but how would this woman speak truth? There was not a power in this world that was more powerful than Ahura Mazda and Arcadia disregarded the threat immediately.

"I'm going to have fun with you, Ninsianna and you'll regret the moment that your pathetic little being wandered into my domain and nothing, not you or anything you can do will stop that."

There was a moment of tension for her as she utterred it, a genuine moment where she waited for reprisal and in that small moment of nothing happening. The golden woman leaning down again to sneer it felt like a painful stabbing in her body.

A knife in her back, a burning in her chest and her whole body felt on fire. It made her splutter as she was being exorcised and after all the pain that felt like every part of her being was torn apart Arcadia finally passed out and fell on top of Ninsianna unconscious.

NINSIANNA KISHAR
It made Ninsianna sick, to hear such words spoken in that voice, to see such hatred in those eyes. It pained her to inflict what was undoubtedly agony upon Arcadia, but there was no other recourse. She would not regret it, and as she left her Focus State, her Decree and her Edict both fading away, she removed Arcadia from herself and set her into one of the seats in the office.

"Blessings of the land upon you, Arcadia."

Ninsianna, of course, simply stood, Uru-ka-gina in hand, and kept a vigil. After all, it would not have surprised her one bit to see Mazda burst in and demand answers of her. But, perhaps, he would be so caught up in determining what had happened that she would have a bit of time to rest.

SIMPLY ARCADIA
It took a while before she stirred, crimson eyes fluttering open at the confused look. For a moment she just stared at Ninsianna like she was unfamiliar until it came back to her in pieces, everything she had done under the influence of Ahura Mazda. No, everything that she had done. Her own vanity and hubris is what made him in the first place, everything that had happened to her was self-deserved and Arcadia's red eyes stared at the ceiling while she tried to think about what to do.

Her voice was painful to try and convey those simple words. Her thoughts still trying to make sense of what she was supposed to do now. Would Mazda accept this outcome or was she once again just a walking corpse like her final time that she spent with Cyrus before her existence became one that enjoyed tormenting and hurting him.

Ninsianna spoke without any hesitation, looking to the woman with earnest care in her eyes. She, of course, was still maintaining a vigil for any faint sign of Mazda's presence, but as it stood it seemed he had not yet deigned to come. That was good.

"Only the greatest sins on this earth merit death. If you believe you have sinned, then allow me to help you repent through good deeds."

She meant that with every fiber of her being, and she spoke with an intensity that carried a faint echo of her Origin itself. This was, after all, an affront to everything that she was. Even if it were not for Arcadia's nature, echoing the woman Ninsianna held so dear, she still would have wished to protect this woman from such a fate.

SIMPLY ARCADIA
Repent and redemption, for some reason it felt so far away from her. Had she not been the cause of Mazda? Something she released onto the Earth by her own hands and left Cyrus in such a sorry state. How far away that seemed to her to be able to be redeemed.

She sat in the chair, eyes drifting off to look down at the floor in thought. There was no specific train to be had though, it was purely reflection of all the things she had watched herself do. Done to others, and the people she cared about.

It just made her tired and weary.