ABALIA KYORAKU-HAYDEN | CAPTAIN COMMANDER
Every matter that Abalia had needed to see through as the Captain Commander had been handled, at least inasmuch as she wished to intervene in the affairs of the Gotei moving forward. It would have been rather antithetical to her intentions if she simply made decisions immediately before stepping down.

As the Captain of the 7th Division stepped into her office, Abalia gave her a nod of greeting, exhaustion all the more visible on her face than it had ever been before.

"Thank you for coming at my summons, Captain Kagayaku. I do not intend to waste your time, so I will move right to the primary matter at hand. I intend to retire, and you are my primary consideration for a successor. Do you have any objections to this?"

She doubted there would be any, of course. She knew that the woman wanted the position, that she had never agreed with Abalia's own stance on the Gotei. But she still needed to ask the question.

KAGAYAKU NO MURASAKI
When Murasaki had been summoned to the Captain Commander's office, there had been a lot she'd been prepared to deal with. Maybe being asked about any of the times she'd gone directly against the Gotei's official stance on interventions on Earth, maybe her open dislike for Abalia herself. However, she hadn't been prepared for what was actually said to her, and it was so stunning that even a woman as collected as her had to take a moment to organize her thoughts.

Giving a deep bow to Abalia, she admittedly had to wonder what exactly had led to this situation. Why retirement? And why her, of all people?

"If I may...could I at least ask about your reasons, ma'am?"

Murasaki didn't really think any better of Abalia on a personal level, of course, but her professional demeanor had always been perfectly cordial if nothing else. This was a lot to suddenly reveal to her, so she wanted to at least have a full picture of what was going on.

Abalia stood from her seat behind the desk, moving to the balcony that overlooked much of the Soul Society. She had worked quite tirelessly for them, but she was perfectly willing to step down there once more. If anything, she felt that it was a far more beautiful view when she could see the faces of those she served.

"You are not shy about your distaste for myself or my policies. You work toward what you believe to be the best future for the Gotei, even when my orders run directly counter to that vision. Even if I do not personally agree with you, I respect your tenacity, your drive."

Glancing back at the woman, she found it almost strange that she was so much younger than Captain Kagayaku. She still felt like an old woman, passing down knowledge to the next generation.

"Your independence and conviction is what the Gotei requires in a leader."

KAGAYAKU NO MURASAKI
Murasaki really wouldn't ever have expected that sort of praise from Abalia, in all her time in the Gotei. After all, she'd always considered the two of them borderline adversarial. Had Abalia seen her the same way? Or had she looked at it more professionally, more...well, fairly? There was something about that that made Murasaki feel almost guilty about the hostility she'd always held toward the woman, though she wouldn't be apologizing just yet.

It was honestly strange. Was this it. Was she just...here now? Captain Commander of the Gotei, after two centuries of working for it? There was almost something anticlimactic about it, just the realization that she'd gotten here and that was just...it. But she could feel the words she'd heard from her zanpakuto not long ago, echoing through her mind. That she was too flighty, too afraid to commit to anything. But this was all she'd ever wanted. She wouldn't run from this. She couldn't run from this.

"I guess, unless you need anything, I'll start getting everything in line."

And so out she went. Captain Commander Kagayaku no Murasaki. 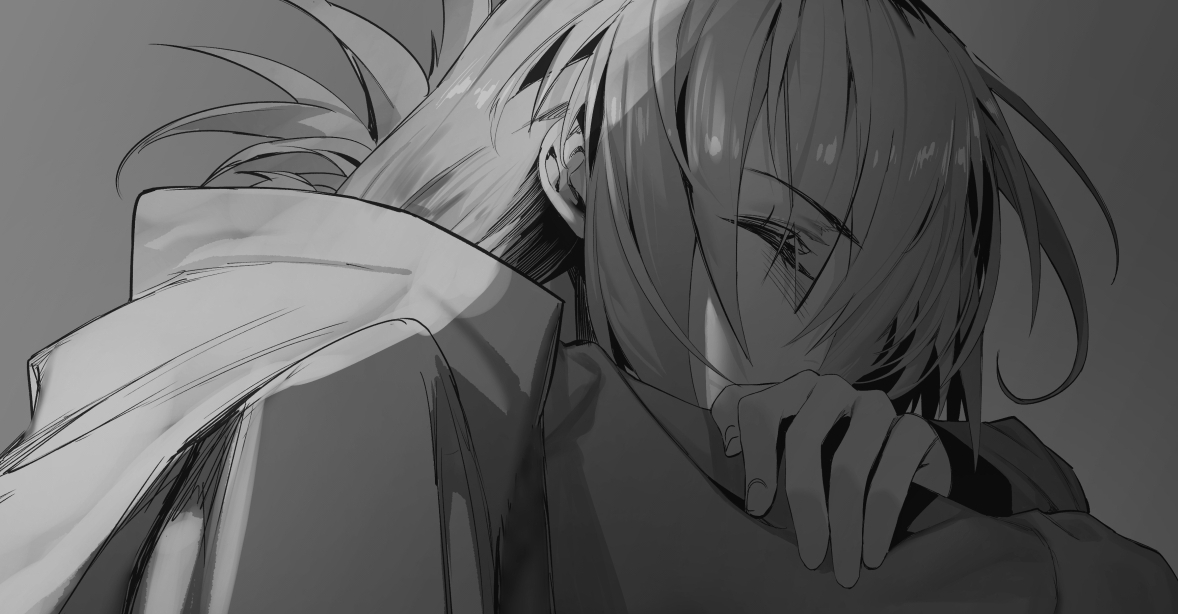 ABALIA KYORAKU-HAYDEN | FORMER CAPTAIN COMMANDER
That had been the final step, hadn't it? The end of her tenure, the last act she would take. Anything more would be in Captain Kagayaku-- no, Captain Commander Kagayaku's hands. That was perfectly fine in Abalia's eyes.

She returned to her desk, a bit of the exhaustion in her expression having faded away, simply because of the huge weight that had been removed from her shoulders. Yes, there was still a bit more to be done, but so far as the Gotei United was concerned, Abalia no longer had anything to say, any authority to command over them. If they needed her words of advice, she would surely give them, but she would never think to try and step over the authority that she had given to her successor.

Bringing a brush to the blank paper in front of her, Abalia began to write, the final order that she would ever make as leader of the Gotei United. But each brushstroke was firm, confident, and lacking in any regrets.

The position of Captain Commander of the Gotei United is hereby passed from Abalia Kyoraku-Hayden to Kagayaku no Murasaki.

There was certainly far more formality to accompany that statement, words of parting and the like. But, ultimately, they were the only words that she herself felt mattered. She was, frankly, glad to write them. And when the decree was written, and handed to her aides to be distributed, Abalia simply laid her head down on her desk. She would leave soon, of course. But, for now, she wished to rest.