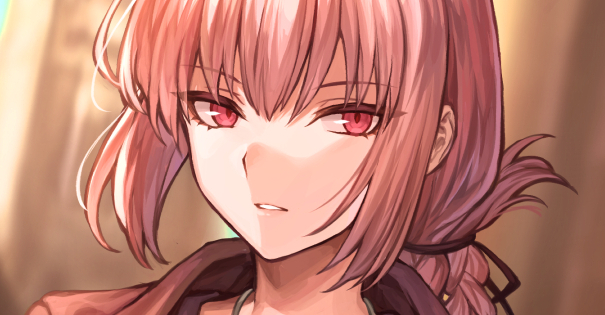 ABALIA KYORAKU-HAYDEN
Just because she had retired from her position as the Captain Commander, that did not mean Abalia's work was done. After all, there was a position no less major that she felt ought to be addressed. Even if she was no longer the Captain Commander of the Gotei United, she was still the White Gold Queen of Vastime.

A summons was made to Kimitsuki Yamamoto, though that was almost entirely formality. In truth, Kimitsuki had become such a common presence around the Kyoraku Estate as of late that she could have simply walked in unannounced, and that was something for which Abalia was thankful. Perhaps far more thankful than she had expressed.

Sipping a cup of tea as she looked out over one of the gardens, her children asleep and Gamu keeping watch over them in case anything happened, Abalia simply waited for the arrival of her stalwart protector. Her dear friend.

Since Kimitsuki's not so recent appointment as a protector of the royal family, and by extension Abalia's personal guard, she had protected the family to her greatest extent; even if there was no real dangers. She did her best not to overstep boundaries, where possible of course, and did her best to relax whenever the occasion allowed as such. Even if she was Abalia's protector, they were also dear friends; but still, the stalwart protector she was. Even if Abalia had recently stepped down from her position as the Head Captain, the Captain Commander as some say, she was still her stalwart protector and dear friend.

Such reasons were why Kimitsuki was in Abalia's room so swiftly. Indeed, there was likely no reason to fret, as the summons was not urgent, but she was far from disappointing the woman with tardiness. Entering the room with a gentle knock on the door, warning Abalia of her presence without words, the Danava drew closer and gave the woman a slight bow; smiling warmly as she drew up to face her Queen and friend.

"You wished to see me, Abalia?"

They were in private, without others like Gamu, Shinigami and others who might expect the formality from Abalia's guard, so Kimi found little reason to not address her friend with such familiarity. Indeed, it was hard for her not to smile with such a warm countenance. She always enjoyed her presence, and was glad when they were able to spend time together; be it as Queen and Guard, or as themselves as friends.

ABALIA KYORAKU-HAYDEN
Even discounting Kimitsuki's nature as a being of flame, Abalia always found her to be a warming presence. Perhaps it was her natural good cheer, or simply the way that she carried herself as if life was always worth enjoying. Things she wished quite dearly to learn, really.

"I did, yes. I have no doubt the news has already reached you that I've chosen to step down from my role as Captain Commander. I think that I have found myself to have done far more than I was ever prepared to do, and in a far shorter time than I ever thought I might."

Sighing as she turned her attention more fully to Kimitsuki, looking away from the peace of nature, there was a bit of regret on Abalia's face as she thought of how she ought to word what she would say next. It had once been so easy, to deliver difficult words, but her heart was not the same as it once had been.

"I believe, Kimitsuki, that I will be abdicating the throne as well. You have been guardian of the royal family, and have been at my side more reliably than perhaps any other. But I will no longer be the queen, and I think, if I should abdicate now, that I would rather put the nation into the hands of the people than uphold a monarchy for its own sake."

All of that, she knew, would be quite difficult, but she knew it would also be necessary.

"There are a great many things I will have to do for such a process, but before any of them, I wish simply to know what you will do. What you would like to do."

Kimitsuki held her smile as she listened to Abalia, nodding gently as Abalia stated that Kimitsuki had already heard about her decision to step down. Indeed she had, and while surprised, Kimitsuki understood why Abalia had stepped down. One person cannot lead forever, and it was always best to introduce a fresh leader; and hope that they were as good as the prior leader. However, the Danava continued to listen silently as Abalia finished speaking, turning around to look at Kimitsuki. The emotions that colored Abalia's face was a little surprising. Was she... regretful? Why for? It didn't seem like she regretted stepping down from her position; far from it. What was she regretting then?

The answer came as if prompted by Kimitsuki's silent questions as she could not help but widen her eyes; her lips parting slightly as she was completely dumbstruck by the news that Abalia would also abdicate the throne. Kimitsuki's posture did shift from her happiness to one more of surprise and slight alarm. It was odd that Abalia would wish to stand down as Queen and abdicate the throne. Perhaps it was indeed time that Vastime was no longer ruled by a monarchy; but by the very people that wished to better their country, by the people.

Kimitsuki considered this silently, her surprised expression developing into one of gentle contemplation. What would that mean for her, for Kimitsuki? She didn't wish to leave Abalia and her family. The thought of leaving them was... abhorrent. She would refuse tooth and claw to leave them. Was it a sense of duty that compelled Kimitsuki to stay or... something more? She knew not, at least not entirely. Soon, however, Abalia spoke once again, breaking Kimitsuki from her brief reverie. Indeed, such a process would require a great deal of preparation so that the government would transition smoothly from monarchy. But, she simply asked Kimitsuki what she would do; what she wanted to do.

The answer was simple, but also less so. Her entire being, her heart, screamed for her to stay; to remain with the woman, the family, that made her feel so... happy. But in the recesses of her brain, her duty bound self was drawing her towards Vastime. However, what had she to prove with them? What had she left there? Little. Very little. Most of what she cared for in Vastime was already gone; all that was left of it was the woman whose eyes Kimitsuki stared in to as she finally let a smile once more adorn her features. Gentle, and kind; but still carrying radiance unmatched by most.

"What I will do is... well. Abalia, what I want to do is to stay here, with you; as your guard and friend. I do not wish to leave if I can help it at all. I will stay, as long as you will have me of course."

As Kimi spoke, she gently drew closer, dropping most pretenses as Abalia's guard. Right now, she was her dear friend; laying her wants bare as she drew within arms reach of the woman. She smiled still, standing before a woman more dear to her than Kimitsuki may rightly know.

ABALIA KYORAKU-HAYDEN
There was a part of Abalia which genuinely feared what Kimitsuki might have said. Which feared the idea of losing someone she considered a dear part of her family. And it was that very same part of her which could not fully contain her emotions as Kimitsuki gave such a simple, firm reply. Abalia was not the sort of woman who cried, even after having regained her heart. But this particular moment, after all of the stresses she had found herself under, was enough to allow a few scant tears to make their way through.

"Thank you, Kimitsuki. So very much."

She smiled, then, an earnest and wide smile which was surely a far cry from even her usual displays of emotion. Abalia stepped forward, wrapping her arms tightly around Kimitsuki. Or, at least, as tightly as a woman of Abalia's unremarkable strength could manage.

"You may stay as long as you wish. As my guard, as my friend, as a part of my family. I will handle whatever arrangements must be made to ensure that."

Just as Abalia feared what Kimitsuki might say, Kimitsuki genuinely feared what Abalia's reply may be. Indeed, it was likely too much to presume that Abalia wanted her to stay. But Kimitsuki followed what her heart wanted, and it wanted to stay with Abalia. The Danava smiled still, even if she was surprised by the few, scant, tears that leaked out of the woman's eyes and down her cheeks. Soon, came her words of thanks, and a smile that Kimitsuki treasured the instant she saw it. It was wide, earnest, and truly happy. Kimitsuki returned the smile before she soon felt herself lost in Abalia's warm embrace. She was slightly shocked by the hug, as it was a surprise, but a welcome one, that Abalia would hug her. However, Kimitsuki soon returned the hug in her own, gentle, tightness; holding Abalia so soundly, but so gently, like she was holding a lover. She smiled still, the embrace made so deep by their affections, as Kimitsuki listened to what Abalia said.

She may stay as long as she wished, as her guard, friend, and as part of her family. The Danava smiled even more warmly, feeling even warmer than usual as she held Abalia in such a dear, loving, embrace; she knew then, no matter what her concerns before, that staying with Abalia, staying with the woman she cared for, was the right choice.

"Then I am yours, dear Abalia. I shall stay as long as you will have me, by your side, as your shield, and perhaps more; you shall have me."