Setting the Sea on Fire (Tier/Ignacio)

“We quickly find ourselves our own enemy. Though, it takes a silver tongue to truly bring out the worst in an individual at times. I, too, wonder how long you would have lasted if I had not brought attention to your situation, but I had asked you about the stars. Your thoughts, so focused on giving an answer, spared little attention to your current state of being. One’s body works so naturally when we do not overthink a situation and simply do.”

She brought a finger up to her face, the thumb underneath her chin as her forefinger rested on her cheek. If not for her mask, Ignacio would have bore witness to a rather inquisitive expression. Tier’s eyes do her little justice in displaying the curiosity bothering her thoughts. There’s something she is focusing on, something about Ignacio that she couldn’t help but ponder. Then, she was swept up by a thought she found tempting enough to speak.

“This is the first time I've seen you smile, Ignacio, and I don’t mean that little twitch of your cheek that you do every now and then. With your hair wet and held down around your face, I find myself staring at a rather delightful scene. It is nice to find ourselves soiled like children, our age swept away in these waters.”

However, after she had finished speaking, her thoughts trailed off once more, her gaze moving back up. Something told her that things are to move forward soon. This pleasant moment is going to be but a memory, washed away by their future endeavors. She couldn’t help but speak her mind once again, her tone somber.

“Ichigo’s moving forward without a second thought. I wonder if he is able to float atop these waters, or is his burden simply too great… I wonder what these stars mean to him.”
. 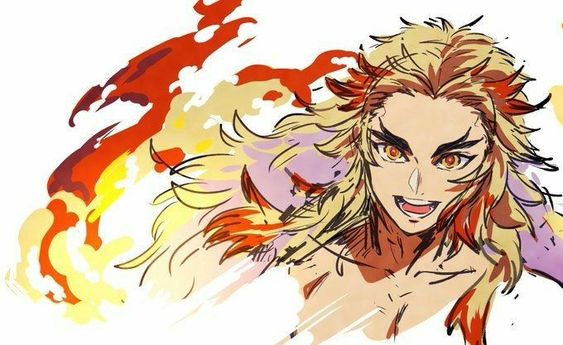 Ignacio Vega
"The way our body takes care of itself subconsciously can be frightening, and you truly had me distracted for a moment there. On the matter of the skies above us, and how they related to your ambitions, I was taken in."

It was quite the break from his former dourness, the Ignacio that came alive with the aforementioned passion. The water did far from dampen his mood, rather the opposite in fact, as he certainly seemed to have enjoyed how this had all worked out. That was how he continued to smile, when before he had been so dry.

"I am not so detached that simple emotion is beyond me, but I would rather not display them all the time. Much like yourself, who guards her expressions in a different manner, I suppose. Would that I knew if you are smiling too, but this is still a memory we can share. The night when you first led me to water."

As Tier's gaze once more went skyward, Ignacio turned to stand beside her again as they had on the shore and followed her eyes upwards. Her tone darkened and it was apparent that their brief period of revelry had ended, but Ignacio had already learned enough about his newest companion. Steam seemed to roll off his body as his head and torso began to dry out again, a tiny portion of his heat energy slowly seeping out.

"In his current state, though I am ignorant of exactly what he was before, Ichigo Kurosaki would not even spare a moment to look upwards when he could be heading towards his goal. Such is his focus."

“He has always been a focused individual, hellbent on doing what he believes he needs to do. I’ve only met him once before he became like us. He had always carried the scent of our kind with him, but there was more to it then.”

Now, there’s no other scent. What they see before them is all that there is of the man that is Ichigo Kurosaki. Is it even fair to call that man by that name? Tier couldn’t help but wonder what the end would bring. What does the end of this journey look like? What if it’s all pointless? She has so many thoughts, negative and positive. It’s impossible for her to simply make an educated guess because there's nothing educated about this. This is but the remnants of a man chasing his past to try and save himself. Why is it that she resigned from her search just to help with his? She has asked herself that question so many times, and, yet, here she still stands.

“Would you prefer if I tell you everytime that I smile?” She then asked. Tier’s thoughts steered away from their path and back to her companion. She could not help but find amusement in the way he defended himself. He is very guarded of himself, but that is just his pride at work, isn’t it.

“I am smiling right now, Ignacio.”

There it is, a small passage for the man to walk down. His treasure isn’t anything much, but he has been rewarded with something. She has a smile on her face, a small content expression. With a soft shake of her head, Tier began to return to the shore.

Ignacio Vega
Strangely, Ignacio could not imagine Ichigo as anything but an Arrancar, so single-minded was his dedication to that one task. Even if their journey was futile, if it all came to nothing, then he would simply continue to march forwards into whatever abyss came to claim him next. But that would be a different journey, one he had no intention of joining should it come to pass.

"I would rather just know myself that you were, but I suppose telling me will suffice for now."

His thoughts too now turned away from their mission and back to her. Tier said that she was smiling now, he still could not tell, but he wanted to take her word for it. There was far too much about her that he did not understand, perhaps he never would, so at this time he was happy to have her guide his hand. And so he had been rewarded, in a sense of the word, and followed on behind Tier as she returned to the shore. Lingering just a few paces behind, his hand reached down to trace along the surface of the water, leaving a single trail of steam in his wake. Hardly enough to dry up the oceans, but perhaps just enough to leave a little reminder of his presence here.

"Hopefully the ocean does not dry up so easily, else I will have to find somewhere else to practice my swimming. Or rather, my floating."

“We all want many things. Some are achievable with effort, others are lofty dreams.”

Leaving it that, Tier showed no further interest in continuing their discourse over their emotional stances. She already understands her disposition enough to know that her situation isn’t something that is easily remedied. The only time her mouth has ever been visible was when she allowed her true strength to show. She would find releasing energy of that amount dangerous in their current situation. No doubt opposing forces would appear before the two.

“If you ever wish to practice swimming again, do not be afraid to ask for my help. You may understand the gist of floating, but swimming is a whole new predator.”

Now swimming is a very achievable goal. There’s no hunting down rings, bringing back the dead, or fighting. It is but a simple activity that is entirely dependent on the individual. If only all her days could be as simple as this.
.