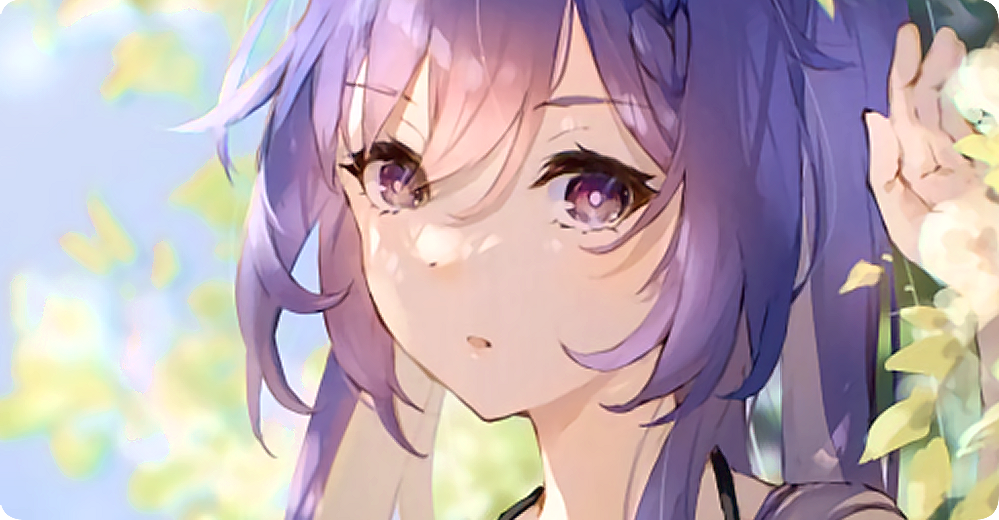 Psychological Analysis
Most who look upon Nami are typically met with a woman possessing a flighty demeanor, formed from her time as a young thief who always needed to be alert and aware of her self and surroundings. Her mannerisms are performed swiftly and with a sense of anxiousness, however she herself does not exhibit nervous tendencies in conversation or otherwise, the opposite actually. She speaks swiftly yet gently, a strange air of confidence to her words, yet an underlying feeling of urgency in delivering them. Though she proves herself to be rather direct and even curt at times, she carries herself with a level of quiet politeness that can prove to be eerie to some, not often outwardly expressing much and at times interacting inappropriately to a given circumstance with her lesser spoken personality.

In one of the furthest districts of the Western Rukongai, a young girl lived and regularly fought for her life. Alone at a rather young age, she was forced to fend for herself in an area dominated by others like herself, and crooks who sought to kick the weak like her down. She learned quickly that for her to have any edge over the others, she needed to be smarter and faster than the crowd. She lived in a small cave only she could easily squeeze into, made more inconspicuous by the long grasses that covered the entrance. Here, she would make a life for herself, hiding her stolen food and items, oftentimes only emerging under the cover of darkness.

Several times throughout her earlier years, she saw the black and white cloaks of mysterious swordsmen who would occasionally arrive in the crime-rampant district, the young girl watching them from the shadows as they came, fought, and went. She had a sense of admiration for these figures’ strength, though she wouldn’t fully understand who and what they were - Shinigami - for years to come.

She spent years watching others from the shadows outside of her common thievery, stalking and learning the daily habits and patterns of others out of both compulsion and purpose, but it wasn’t until she was a young teen that she would find a true friend in an older man who had caught her stealing food in the midst of darkness. He did not chase her, and in fact, left hot food out at the very back door she snuck in through each night, leaving a sign with some writing she could not understand behind it. This would go on for multiple nights, until the man was sitting out, food out for her once more, and a smile on his face.

He guessed she was incapable of reading, since the sign made his intent clear - He was fine with the girl coming to him for food or anything else, she merely needed to knock. This would start at teaching her how to read, to helping her name herself, and then continue on to several years of education and talks in his home. He used to be a teacher in his living life, but hadn’t pursued his passion for many years - Nami was his first student in a very long time, and he merely was happy for the company and opportunity, even if the girl was a little odd and flighty. She never let his kindness go free, however, always leaving him a gift of some sort.

In her adolescence, she witnessed one of those swordsmen fall in battle against a gang, his sword plucked from his fallen corpse. Knowing they would only carry the weapon around like a trophy, the angered woman stalked after the group until they settled down for the night, saw her opportunity, and stole the sword, vanishing with the weapon. A long-lived sense of curiosity for it held her - She felt it was no normal sword, nothing like the lifeless metal she had encountered in her life. Nami would later present the sword to the older man, who only seemed all the happier - He was aware of the girl’s potential as a Shinigami for a long time, but her revealed admiration for the robed men and women, as well as the sword she presented, sealed it. He saw this as an opportunity to send her off to a better life, expressing he would rather she be far from him and prospering than with him.

With a solemn goodbye, the girl left behind her first friend, journeying to the Seireitei. She would enroll and spend those next few years training in Shin’o Academy, proving to be studious and highly invested in her training.

Quiet and Nimble
Due to being rather unspectacular in physical strength, she has instead honed skills in stealth and speed in her time as a lone thief, built to avoid danger rather than directly engage with it. She moves about sure-footedly, making little to no noise and even able to capture subtle movements like matching footsteps or breathing. While she is no master at this skill, her leaning certainly is notable.