Kido and How It Works (Yuzuru/Hiroe)

Re: Kido and How It Works (Yuzuru/Hiroe) 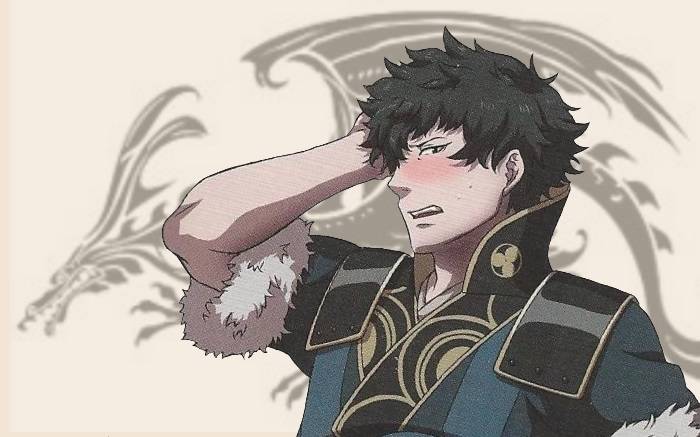 He stopped moving as a slender hand wrapped around his arm to stop him from rushing off. It was delicate, soft, and almost comforting in a way to have some form of physical contact with another person after all the years of being lonely. He was still embarrassed by her antics, but he could tell she at least had meant no harm in her performance, still he needed to correct a few things with her. If not just for his own sanity, but also in regards to protecting her image in front of the now growing crowd of students. Rushing off and ending things here was no longer possible, he would instead have to explain things to her in a delicate fashion.

Turning around to only be hit by a pair of puppy dog eyes that could have ended World War IV, Yuzuru cleared his throat, and kneeled down to her height taking her hand off of his arm. His hands would then be placed on her shoulders, small shoulders that were easily engulfed by his rather large hands denoting their differences in physique. He would then speak, kindness, care, and consideration seemed to drip from every word as he did so. It was almost a complete turn around from his normal gruff and rude like tone, he was focused on not harming her feelings, and as such he was doing his all to not come off any way but genuine.

"I'm not mad. I am embarrassed, sure, but I'm not angry. I may look like I do and at times my voice reads a certain emotion, but in reality I am not skilled when it comes to coming across in a way that I mean to. I have not, well until recently, even had the opportunity to speak with people my own age due to circumstances beyond my control. So when you tease me or when other people judge me it makes it harder to break or even shake off the shackles I have had my whole life."

He looked around, making sure that no one could hear him as he was much too shy to have people hear his reasons for being who he was, and acting the way he did. He let out a sigh and for the first time he gave a slight smile, it looked odd on his face as he always looked so serious, and stern, but there was no doubt that he was being genuine. At least he hoped that was conveying through his speech at the least. He continued on, the weak smile fading, and being replaced by his normal stern expression.

As far as being a potential romantic partner...if I had to be honest, I would be overjoyed, but to be frank....I am unworthy of such a proposition. I am not an ideal partner for someone as bright and outgoing as you are. I am a dull, shy, and lackluster man who just wants to fulfill his promise he made to his brother and become a shinigami. I would only be a chore for you to put up with and in that same regard, I would always hate myself for making you go through the problems that come with dealing with a man who lacks social grace of the ability to convey how he really feels."

He stood up now, letting go of her shoulders as delicately as possible, and letting out another sigh as he did so. It would be easier for her in the long run to not get involved with him and someone so bright had a lot to look forward to in the future. He would only slow her down and dim her chances of being more and he couldn't allow that.

"So value yourself more, Miss Miyashiro. Don't just flirt or tease anyone that you feel like, truly find someone worthy of you, and never let them go. I know that will be hard with how you great you are, but I'm sure there is someone out there for you. Someone who will treasure you and help you every step of your journey in life. "

As he finished speaking, no one the wiser to what he had said, the bell began to ring, signalling the beginning of the school day. Finishing packing his things away, he picked up his guitar, and gave her once glance before walking off to attend the first class of the day.

Re: Kido and How It Works (Yuzuru/Hiroe) 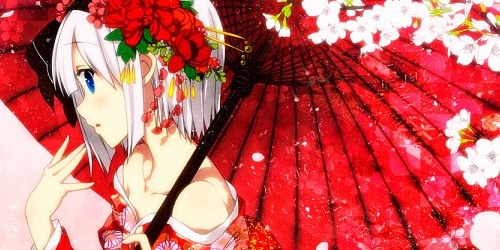 Hiroe was stunned silent. How this ended up backfiring on her was beyond the scope of comprehension. The action she once viewed as a simple tease and playful flirt turned into something strange. Did she expect a genuine expression from the bottom of his heart? Of course not! Moreover, what made matters worse is that she was not prepared for these heartfelt words. With every word that left his lips, Hiroe couldn't even come up with a reply.

She would remain silent even till' the end as he finished and headed off. A stronger shade of red would begin to form on her cheeks as she watched him head off to his next class. One might liken her expression to frustration and embarrassment. She felt like a fish who had been thrown on dry land - without a lifeline in sight. The sword tailor would have to think about this for a few days and keep her distance but rest assured, readers...

She would approach him again. There was no throwing an anvil on her and thinking he could walk off into the sunset. Who was he to decide who was fit for her or not, huh!?