Dost Thou be Noble [Cyrus, Alastair]

CYRUS | VANDENREICH GRANDMASTER
Cyrus appreciated Alastair's genuine nature, the kind forwardness in his eyes and his overall expression. It was something he quite respected in everyone, and something that he wished he could say that he himself displayed. In time, perhaps. But for now, he did not wish to ruminate on his failings.

"You are a remarkably optimistic young man. A kind soul. Do not change that, or let the world change it about you."

It was the most that he could particularly say on that matter, if only because he himself had quite little to say on the matter of being a good person. But still, he imagined that was enough. 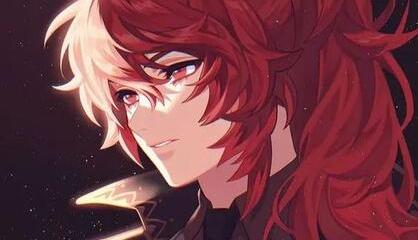 ALASTAIR EISFLUCH | STERNRITTER
"We cannot hope to light the way forwards if we do not have a piece of that same light in ourselves, as the orators might well say."

A joke, perhaps, though he meant those words even as he found himself laughing ever so quietly at them. That was perhaps the most honest truth about Alastair, that he genuinely bought into the speeches and the propaganda. If anyone was going to represent the Vandenreich's good intentions then he had every intention of carrying that flag.

"But thank you, I suppose. It is still a little disarming to be complimented by you even if we are outside of work right now. I do not know if I will ever feel worthy of it."

CYRUS | VANDENREICH GRANDMASTER
"Perhaps you do not consider yourself worthy of it, but I would disagree. However, if you think that you do not deserve it, then I believe the only recourse would be to become someone that does deserve it. Hm?"

It was not meant as a chiding tone, but rather a bit of encouragement, and Cyrus' smile made that much clear. In truth, he was not so certain that he would ever be able to reach the heights that he had wished for, or that he would be able to lead as he had intended again. But that was why he had built the Vandenreich in such a way, with those he could rely on even in his weakness, or in his absence.

"Besides, I am simply a man like any other. One that has made mistakes as all do, and some perhaps far more grave. My words are not so powerful as that."

ALASTAIR EISFLUCH | STERNRITTER
"Yours are the words that shaped this path upon which we now walk together. The state of the game may have changed but it does not change how we got here. That is a simple truth, and it will not change no matter the passing of time. And I am glad enough to know that person is just as ordinary as I am at times."

That smile remained, matching Cyrus' own certainly. He was deserving of it now, and he would continue to strive to remain deserving of it going forwards. That was the path he wanted to walk ever since he had first joined the Vandenreich, and he was all too happy that it was progressing.

"Ah, I believe there should be a place to eat just around the corner. Then we can sit down and continue this over dinner."

CYRUS | VANDENREICH GRANDMASTER
"My words may have shaped the path, but it is far more important to remember that I am not the only one who walks it, nor even the one who chooses how it should be walked. If I alone were to make those decisions, then I would not place such faith in the Vandenreich as I do. It is your place to make those choices."

He did not wish to carry everything on his shoulders anymore. Not simply for his own sake, but because it was outright unthinkable that he should continue to live a life so similar to Mazda. He had spawned an evil unlike any other, and he would not dare to act in a way that he knew was in line with that evil. Humility was something that he had no choice but to accept.

Of course, he knew that he could have chosen their destination at any time, and that in all likelihood, Alastair would be choosing something based on his idea of Cyrus' own approval. But that was something worth looking at, wasn't it?