Two of a Kind [Reida, Alastair] 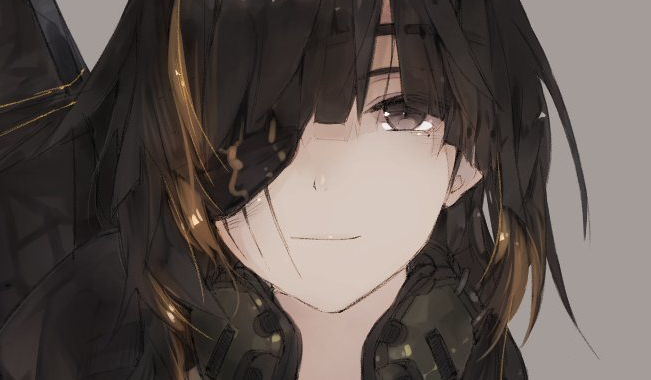 Perhaps it was a bit obvious, that Reida's mind had immediately moved to liquor rather than the tea he'd offered. But right now, she was doing her best not to fall right toward that. She was perfectly aware that dependency wasn't healthy, but it was also comforting. At least right now, she didn't quite need it for that.

Despite the joking tone as Reida made that quip, there was a rather transparent degree of genuineness to it. She was all too willing to sit on the couch and wait for him to join her, but she'd be lying if she said she wanted to wait too long. 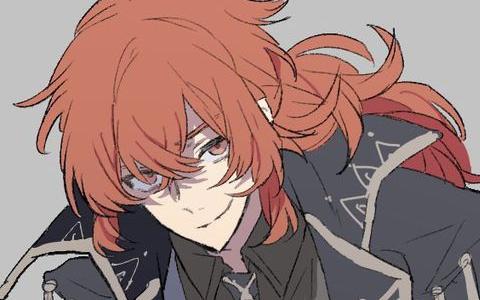 ALASTAIR EISFLUCH
It was rather obvious by the way the edges of his lips curled ever so slightly upwards that Alastair was pleased that she went for tea. It was not like he was a teetotaller or anything so dour, but he did actually want to combat her habitual drinking just a little. That was how this had started, baby steps towards a distant goal of helping her out of this pit she had found herself in.

"And I would not dream of leaving you for too long."

And he meant that genuinely, as he squeezed her hand once and released it. So he did not exactly sprint across the room but he moved with a pace that was certainly accelerated, pulling two mugs from the rack with a nimble grace before turning to the kettle. Heating it up faster with spellcraft was something that he had practised ever since Sophie had shown him the technique, and he had grown ever so efficient at the process. He did have an affinity for it after all.

He did pause for a moment to look across the room back at Reida as he manually heated the kettle though. Rusty-orange eyes taking in the view that he had grown all too familiar with, and yet now saw in a new light. It was liberating to think like that with nothing hanging over his head. There was that old guilt, yes, but this was new and welcome. Perhaps he might even dare to say it felt right.

And then he was heading back to her with a pair of hot drinks, sorted just as they liked them. He had learned a thing or two after half a year of shared breakfasts. Setting them down on the table, he took a seat on the couch alongside her. He'd say it was a little closer than normal, but that would probably be a lie when he considered their later meetups.

"Well, here we are now. I would be lying if I said I did not know how we got here, but I am glad we did."

REIDA RAY COPELAND | TODGESTALTEN COORDINATOR
Reida might havemade some smart quip or another, but she was honestly enjoying the genuine nature of all this for the moment. Sure, she wouldn't dare to just become some sweet, demure waif for anyone's sake, but at the moment she was willing to acknowledge that there was a lot of appeal in simple, genuine conversation.

What else should she say? For being familiar with the idea of a relationship, Reida was realizing that she hadn't actually been particularly ready for one at all. Not that she would back down, of course, especially not when she knew fully well that she did want to try. After a moment or two, she leaned against him, not exactly a full cuddle, but earnest, comfortable physical contact. Something she'd done plenty of times before, but now...well, it didn't quite feel the same.

"Any plans for the day?"

ALASTAIR EISFLUCH
There was a moment when Alastair was happy to sit there in silence, just taking in the changes in his life. And then Reida was leaning into him. She had done this before, they'd been here before, but now there was an extra layer of feeling to it all. His arm reached out, wrapping around her shoulders as he pulled her into a little more of an embrace. Not quite a full-on thing, but enough for her to rest her head against the side of his own.

"I was thinking this was a good start. Maybe we could do it a little more?"

Alastair was teasing her now, as he turned his head and rested it against the top of Reida's. He could certainly have spent the whole day like this, but as long as he was spending the day with her then it did feel a little wrong to commit it all to cuddling on the couch.

"After that, well, I am a free man. We could go out and get some ingredients, have a proper cook up like you usually treat me to and see where the evening takes us."

REIDA RAY COPELAND | TODGESTALTEN COORDINATOR
"Just a little? And here I went thinkin' I was pretty alright at this."

Reida laughed quietly to herself, perfectly content to let Alastair wrap his arm around her like that as she leaned in just a touch closer. This was nice, and while she didn't mind the idea of having a little outing for the evening, she'd be lying if she said she wouldn't be just as happy to not leave this spot for the rest of the night.

"Whatcha want for dinner? I'll make anything ya like. Call it a special treat."

Of course, it was a special treat he would likely be used to before long, but Reida wouldn't tell him that.

ALASTAIR EISFLUCH
"You are a little more than all right, Reida."

That embrace tightened as he planted a kiss upon the top of her head. It was soft, but they both felt rather delicate in these moments and he just wanted her to know how he felt. Little by little.

"No no, you know what? I insist you at least try my cooking at least once. It is the least I can do after all the food you have made for me. My best take on southern cuisine, maybe I have picked up a thing or two from watching you work a bit too closely."

It was a silly little thing for him to admit, but it was true. She had often taken to cooking here when things could not just be brought from her own home and Alastair had grown fond of watching her work. Those moments when she was deep in the sauce was when he saw those fragments of the woman that had once been whole. There was no point hiding the fact now that he had always been paying attention to her, that much came with the territory.