At the Price of My Devotion [Julian, Erika] 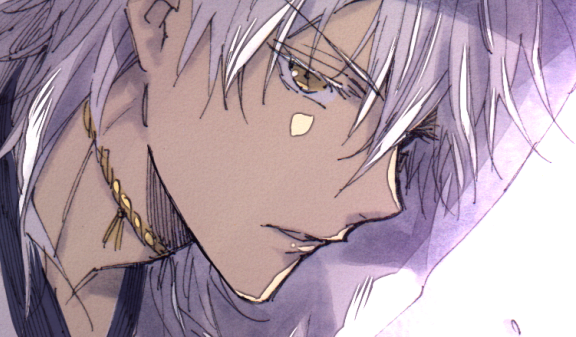 JULIAN ST. VENDEMIAIRE | VICE CAPTAIN
"Yes, that would almost certainly be feasible. The means are not my chief concern, but rather if you have any input regarding the formation of these blades in themselves. I can certainly modify an artificial soul as necessary, and tie it to a blade so as to create a reliable expression of the zanpakuto. What I am most concerned about is how to make these modifications so as to reach a specific end."

Julian understood that Erika might simply have no way to assist him on this front, and he was not asking her expectantly, or as if she ought to have answers for him. It was a matter of due diligence, however, to see if she would have any input on this particular matter. He was already here, and the topic was already being discussed. To not ask would be irresponsible.

"If I must simply begin this research through trial and error, I have no issue in doing so. But as you are familiar with projecting these images of zanpakuto and their abilities, I wished to know if you had any advice or input regarding the shape that spiritual energy should take."

ERIKA MASAMUNE | VICE CAPTAIN
"Kotodama is the materialisation of innate meaning, the power that comes with the name of said zanpakuto. For form to be given to word, similar in practice to how one applies a kido incantation to a spell - it's name and chant empower the spell by reinforcing it. In practice the same can be said for your own ends, understanding the nature of a name is a boon that should serve you well."

Erika explained, normally unwilling to give away the finer details of her power like this to another individual but she was not teaching him how to do it nor was it revealing glaring weaknesses. She had just compared it to kido which was not inaccurate but a little more narrow than the full scope. Her judgement made her feel confident that this should serve as enough for him to work with.

"I expect regular updates on your progress with this endeavour."

She knew that members of the more morally questionable and highly intelligent maniacs that existed in this division made it require a little more care than other ones. Erika felt it appropriate to remind him of that by prejudice which he wore from his predecessors. It wasn't anything personal.

JULIAN ST. VENDEMIAIRE | VICE CAPTAIN
"I see. I had anticipated that the name would carry meaning, though I had not considered the scope of said meaning. Thank you."

Julian certainly understood the deeper implications of her request, and he was not particularly insulted by it, not did he find it unreasonable. He was, after all, not a captain, not one entrusted with the higher authority that his division might theoretically have provided. And, even if he were, it was undeniable that the research division of the Gotei had a past infinitely more muddied than even his own. Much as with his own life, he would do what was necessary to correct that course.

"Of course, vice captain. I will send you reports as my research reaches any significant milestones or roadblocks. If you ever feel that I have made insufficient or subpar progress, please feel free to come to my office and offer guidance."

Of course, that was strictly true, but the greater implication was that he did not fear her simply coming to his office at any given moment. Julian had a great deal to hide from many people, but not from his superiors and equals in the Gotei.