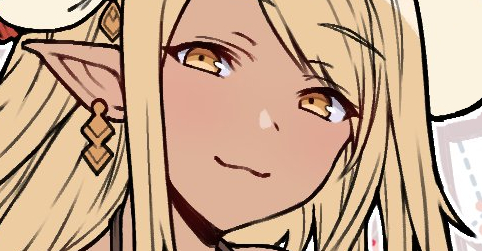 KOKORO KUCHIKI | THIRD SEAT
There was no small amount of buzz about a total outsider being formally taken in as a charge of the Kyoraku family, and while there were quite a few people in Realm Enforcement who seemed to consider it in poor taste, Kokoro was very much not the sort to agree with that kind of outlook. She was, after all, far more familiar with life as an outsider than most people in Soul Society were, and she would prefer if someone with an understanding of the situation handled it.

Of course, there was also a secondary reason that she was one of the most qualified to handle it. She was, after all, the Third Seat of Realm Enforcement, and was both born to a Great Noble House and married into one. As far as being considered acceptable for entry into the Kyoraku Estate, there was zero chance that her presence could be treated as anything even resembling a difficulty. Not that she expected it to get to that, of course. But it might.

She was naturally let in, of course. A prestigious member of the Gotei, of notable blood and on official business? What else would they do but grant her entry?

Kimitsuki could care very little about what many people thought of of the gotei and seireitei thought about her. Frankly speaking, she was mostly worried about Abalia, her children, and the Danava friend that Kimi has brought with her a bit ago; who Kimitsuki likely had very mixed feelings about at times. Regardless, the Danava was enjoying her life as it was. A charge of the family, indeed. But also, personal guard to Abalia; and also much closer than that. But, perhaps their relationship was best left behind closed doors, given many seemed to have such minor issue with Kimi’s acceptance into the family. However, Kimitsuki indeed was mostly worried about the Kyoraku’s overall. She was their royal guard, after all; technically speaking anyways.

Such reasons were why, when Kokoro had finally found Kimi on the estate, she was with Abalia’s oldest child; her daughter, Anastasia. There was a closed children’s book nearby, as if Kimi had just finished reading to the girl; who appeared to be taking a nap for the time being on Kimi’s lap, her head leaning against the woman’s upper stomach. When Kokoro approached, Kimitsuki’s gaze finally stole away from her surroundings and broke upon the Kuchiki.

Peering into those fiery red orbs of Kimi's was very mesmerizing, oddly soothing; like that of a burning fireplace in the winter. They seemed so… unreadable at times, yet clearly a fiery red; but they were still nice despite how most people portrayed fire these days. Despite how many Danava had been mistaken for demons in the past, it may be hard to mistake the woman before Kokoro as what one would typically think of as “demonic” just based on her appearance alone. Sure, Kimi’s appearance was wild, and her hair was almost as long as Kimi was tall, but she still looked so calm; and clearly cared deeply for Anastasia. Soon, Kimi gave Kokoro a warm smile, carefully adjusting Anastasia on her lap so the child could continue her nap peacefully.

“Hello there. I’m not sure that we’ve met before, have we? I’m Kimitsuki Yamamoto. If I may ask, who are you and what might you need of me?”

If this woman was just about as official as Kimi believed she looked, then hopefully her question was apt. Otherwise, Kimitsuki might feel a little awkward about it. After all, some social conventions still managed to escape the woman.

KOKORO KUCHIKI | THIRD SEAT
Kokoro was, frankly, not one to maintain much of an air of overt professionalism even when she was doing her job diligently. While she couldn't say she had much opinion of the former Captain Commander one way or the other, she certainly did think that young children were absolutely precious, and her eyes quite apparently lit up as she saw the sleeping young girl before she turned her attention to Kimitsuki.

"Kokoro Kuchiki, from Realm Enforcement. I'm just here to get the last parts of your paperwork handled. I know it can be a total headache when ya move into a noble household, wanna make sure it's all handled really quick n' easy."

Pulling a neatly-organized sheaf of paperwork out of her fashionable handbag, Kokoro handed it over to Kimitsuki before her attentions returned to the sleeping child on her lap, her smile rather obvious.

"I guess you're part of the big family here, huh? It seems like Lady Kyoraku's been takin' a lot of time to finally settle down, keep people around."

Kimitsuki was not very surprised when Kokoro's gaze lit up with pure joy upon seeing the sleeping young girl. Indeed, Anastasia was adorable and quite deserving of such looks. However, Kimitsuki didn't quite fully grasp the... everything that was parenthood. Regardless, the Danava gave the woman before her her full attention, while still keeping a close eye on Anastasia just in case. Kokoro was speaking of the last parts of the paperwork that needed to be done in order to completely set in order Kimi's ability to stay here, citizenship, nobility stuff or whatever, and all that good jazz. Kimitsuki simply listened for now, knowing that her well spent time with Anastasia was soon to be drawn to a close with the need to complete paperwork. Frankly speaking, Kimitsuki would rather continue to enjoy her time with Anastasia, but she knew this paperwork would ease multiple situations, thereby easing possible burdens on Abalia; even if only slightly. The Danava let out a gentle sigh as she took the paper from Kokoro, using a single hand to look over the sheaf of paperwork in the most briefest of fashions.

Soon enough, Kimi returned her own attentions to Anastasia, who she was hoping not to wake from her nap, and then to Kokoro; who was clearly paying attention to Anastasia as she spoke. However, it was a question meant for Kimitsuki. The redhead smiled gently, slowly scooping up Anastasia in her arms so that she would not disrupt the little girl's nap. For the time being, the children's book was fine where it was, Kimi could retrieve it later; and fire, even at it's coolest, was best kept away from paper. Eventually, Kimitsuki nodded at Kokoro and smiled gently.

"I believe so. Abalia certainly hasn't made me feel otherwise, of course. She's made me feel more welcome than I ever could have dreamed. It's... It's really nice to have an actual home, and a family."

Kimitsuki's words seemed far more genuine than Kokoro likely expected. After all, Kimi was a Danava. She knew not what it was like to have parents, nor a family. Kagutsuchi was the closest thing, and even he wasn't quite family. Being part of Abalia's family in the way she was... it warmed Kimitsuki's heart more than one could believe. However, with a gentle readjustment of her arms, so she could cradle Anastasia and hold the paperwork, she gestured for Kokoro to follow her.

It was a short trip through the estate, which briefly paused in Anastasia's own room, where Kimitsuki carefully placed Anastasia onto her bed; being quite gentle before she eased away to let the child sleep. Afterwards, Kimitsuki lead Kokoro to a room where they could work on the paperwork without much disturbance. It was there Kimitsuki collected a pen, found a pair of chairs for them to sit in at a small table, and Kimi sat down with the paperwork. Frankly, staring at it reminded her of the paperwork she had to do back when she joined Vastime. Back then, she had Hayden's assistance with it. After all, while Kimi did know how to read and write, filling out paperwork was as foreign to Kimi as a fish is to land. However, now she could manage relatively fine. After a tiny bit, Kimitsuki looked up at Kokoro, taking a small break and studied her quietly.

"If I may, Ms. Kuchiki, I may not be the most socially adept person, but even I have ears to hear the buzz of the streets; about me being taken in by Abalia. Why do some people find it in such poor taste? I... I honestly don't quite understand, truth be told."

KOKORO KUCHIKI | THIRD SEAT
"Havin a family is nice. Long as you have people who love you, I don't think there's much else someone could ever ask for, ya know?"

Kokoro understood that idea well, after all. Many that she'd considered "family" were people who never cared for her, who considered her nothing more than some sort of freakish outsider that had sullied the family just by being born. She'd married for love, and even if some people in the Kuchiki didn't much care for her, either, she at least felt at home.

"I think that's just how it is here in the Seireitei. Nobles aren't big on anyone from the outside gettin' involved in what they see as their little part of the world. When I was growin' up, people didn't like havin' me around. Too obvious that I wasn't pure Shihoin blood n' all that. But it's mostly just the nobles, I'd say. Lotta people in the Gotei wouldn't have any reason to have a problem with ya bein' around, I don't think."

Taking a seat at the table, Kokoro didn't mind discussing all this, and if anything it was rather nice. It was pretty rare that someone wanted to address what she considered a fairly major issue in Soul Society, and frankly, that was why she was always so welcoming for outsiders.

"It's probably even worse than normal right now, though. The new Captain Commander's from a noble family, too, but they exiled her and her mom before she was even born. I guess they're just getting extra upset lately that their reputation's in shambles these days."