Coding In Template By:
[THEFROST]
Click here for a link to the Racial Specs 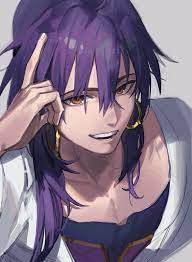 » Personality: Ashland Irisaki is a quiet man leading a quiet life. He enjoys the harmony of spirits around him and values their neutrality and peace. He finds that imbalances in nature are often disasters and will attempt to make moves to prevent this. However Ashland is also well aware of his own limitations and chooses to remain neutral whenever possible. Only in extreme situations will he willingly endanger himself.

Instead he has a goal that may help mediate many of these disasters. At least within his world. He trains as a Medium to attempt to create a local neutral ground for any and all manner of creature. A place of healing and peace...however that requires him to make contacts and offer valuable services. Better than risking his own life at least in most cases. He prefers lazing about and having a good and peaceful time with others over fighting any day.

» Likes: Ashland loves all manner of tea and sweet things. A bottle of sweat tea and a pile of candy with a good book are his ideal afternoon. Including the study he practices for being a medium from old traditions.

» Dislikes: Disturbing the balance around him. Peace and neutrality go hand in hand for Ashland. He hates it when aggressive powers are flaunted openly or when others are unnecessarily rude.

» History Ashland was the firstborn for his generation of the Irisaki clan. A clan of monks who still practiced ancient traditional magic. The Irisaki were known for their healing and purifying abilities. Utilizing talismans and spirit magic to accomplish their goals as mediums to the other worlds. Often the clan was well known to other non humans as well. Allowing a neutral temple grounds to those who would obey the rules. It was said that to break the rules of the temple was to face banishment...as if somehow the temple would eject the offender and they would have difficulty finding their way back. More than not though they were peaceful. Practicing calm and harmony in their every day lives. Promoting that balance was the purpose of their bloodline. However in modern society these methods were mostly forgotten arts as most mediums in the family held little talent for it. It had fallen from grace among the other worlds and aside from the older members of the Shinigami few would likely even recall their name. However their was still magic in their blood. And with this particular generation...Ashland and his little brother by twenty minutes, Gregarius, were prodigies. It was said they were more powerful together than even their grandfather, the head priest.

However this was a difficult childhood...for only the first born son was to be taught a life as a leader of the temple....Not for years to come but his education was formed around the other worlds over the human worlds schooling. He was taught what he needed to function as an adult but nothing advanced like calculus or geometry. Instead his advanced studies were as a medium. Where as his brother was encouraged to lead a more normal life. Instead of private tutors he had public school. Instead of magic training he had after school clubs. This bred a great deal of resentment over the years. How twenty minutes could steal his life from him. How Ashland had stolen that right from him.

Of course this left Ashland as a very lonely child...so it was easy for Gregarius to gain his trust. Utilizing a mask of friendship...Gregarius tricked Ashland into teaching him the talisman magic as he learned it... And eventually as they grew to be teenagers at the age of fifteen...they had reached a competent level as mediums and Ashland even preformed tasks around the temple with the priests. Gregarius however had formed a violent behavior in school and was not likely to graduate. Hate filled his heart and darkness dwelled in his thoughts. After getting disciplined after a suspension for fighting Gregarius would sneak into the deepest parts of the temple. To study the forgotten arts....and the forbidden ones.

It was on the eighteenth birthday for these two boys that the Irisaki bloodline almost ended. Channeling Ashland for power Gregarius managed to make a contract with a potent hollow. Offering it power in return for granting him his birthright. So it was that hollows slaughtered every member of the family their to celebrate the occasion. All except for Ashland...Because Gregarius wanted Ashland to feel alone. With the murder done Gregarius felt he was meant for even greater powers. Leaving with the hollows to their world to become something else entirely.

Ashland was a broken man after this. For years he would stir with night terrors and dwell alone in the temple ruins. It was only after a great deal of meditation and traveling the world to see other cultures and places. He returned to the temple. Utilizing what low level of medium power he had to fix it up after years of not training. He felt an intent to restore his clans pride. To raise the temple to its old glory among the other worlds in hopes of finding his brother....to punish him and end any future suffering he may cause. For that he would need contacts and allies.

» Equipment: (If your character has any equipment, then you should put it in this section. Otherwise, if they don't, do not fill in this section and you can leave it blank.)

» Skills: (In this section you can list anything they can do from their general/will racial sheets. In addition to that, you can list non-power related feats they can do as well. Such as if they have a strong immune system, spiritual awareness, good battle skills or anything like that.)

I. Other Supernatural Abilities

» Powers: (Explain any sort of power your human might have through using Reiatsu. For instance, you could have a human who has the power over Fire or another human who can control energy blast. It's up to you where to go with this one. However, there is only a maxium of six powers.)

» Pure Abilities: (Feel free to put any abilities they might have from their powers. Such as if they had the power to generate, control and tame electricity? They would have abilities that could allow them endure harsh climates, boosted speed and things such as that.)

(To Find Out about what these skills are for, please READ THIS THREAD before you try doing anything to it)

END OF THE HUMAN APPLICATION