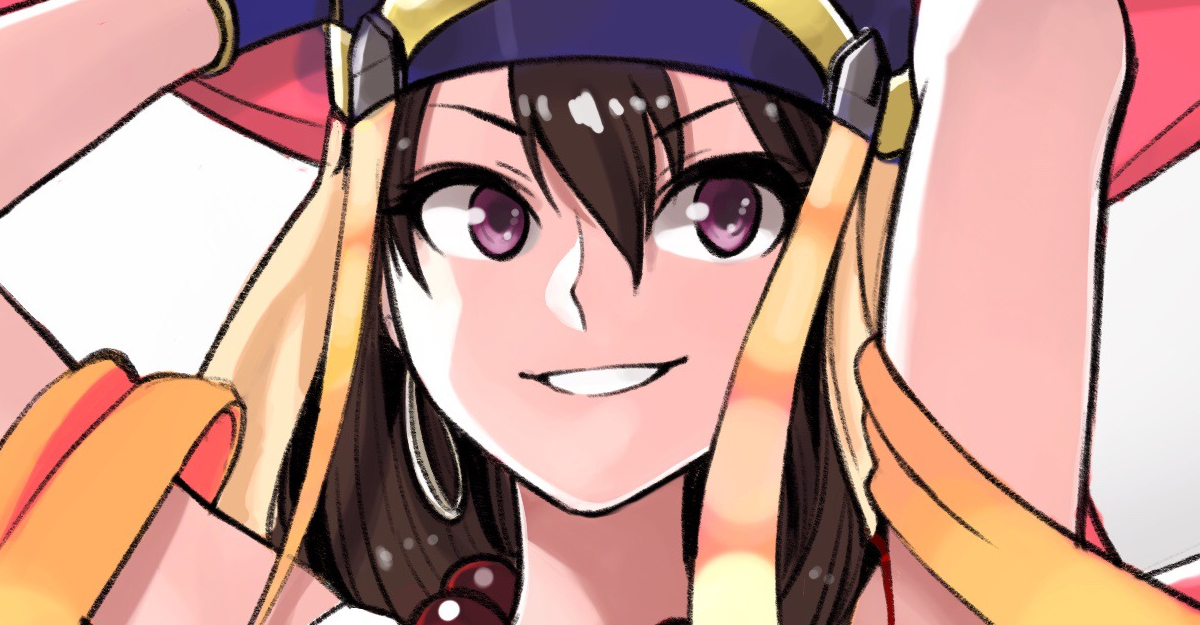 BAMBIETTA BASTERBINE | SUBSTITUTE SHINIGAMI
"It's not for no reason, you're the one insisting it's not even real..."

Grumbling more to herself than to him, Bambietta nevertheless returned her attention more to the beer in front of her, downing it before it had any more time to lose its chill or go flat. Alastor's words did actually bring a thought to mind, though, and she turned to him after she'd emptied the second glass.

"Do you think she'd be willing to talk to it? I don't feel like I'm really getting anywhere with it."

The commander was supposedly pretty good with these things, but then again, she wasn't really the type to start bothering such important superiors about her own issues. Maybe that was just a holdover from her time in Vastime, but...even so.

ALASTOR
"Iunno ask her yourself."

Alastor wasn't going to fall into two habits, those being to let himself start calling on Murasaki for things unnecessarily given how busy she was and the second being was to let people start thinking that they could reach the captain commander through him like he was some kind of messenger pidgeon.

"What's it matter? I thought you said that you had it already?"

He jabbed before taking another mouthful of his drink.

BAMBIETTA BASTERBINE | SUBSTITUTE SHINIGAMI
"Well yeah, I was planning to, but I was kinda asking if you think she'd have time for it. Not gonna bother her if she's got other stuff to do, ya know?"

Bambietta thought about the question Alastor had posited to her, and in a way, he was right. She did have it, so really, she probably didn't need to be asking for help with it. But at the same time, it wasn't like she was actually learning anything more. She was pretty sure most shinigami were supposed to be growing a lot alongside their zanpakuto, but her? She just watched it blow up sometimes.

"I've got the name, but that's pretty much it. Don't exactly see most people needing medical attention after one swing of their own zanpakuto. I'd kind of like to know if that's just what I'm stuck with."

ALASTOR
"Well no harm in it, what? You think she'll cut your head off or something for asking tips?"

He said it far more nonchalantly than he probably should've, insensitive either if he had even bothered investigating about who Bambietta was. He didn't though and wasn't planning on doing so either. Still the whole downsides did exist, there were always stories of people that dealt with troublesome powers and had to refrain from using them or releasing them.

No names came to mind immediately but they existed.

BAMBIETTA BASTERBINE | SUBSTITUTE SHINIGAMI
"Ah, well, I mean... She could, I guess. I've never met her or anything."

Honestly, it was very much a concern that occasionally crossed Bambietta's mind. After all, she'd been a convicted felon that was simply pardoned by the previous captain commander. She didn't really know what the current one would think about that, given how unceremonious it had been. Actually, was she even allowed to be a captain? She wasn't even sure if she counted as a real member of the Gotei.

But any actual confidence or excitement in her voice was long gone by now, her own thoughts dragging her back to Earth quite cruelly.

He complained, sure it was a bother but he'd clearly hit a nerve and now he felt like he was an ass. It was like he was juggling Elyss right now except this one wouldn't or couldn't beat his ass for upsetting her. Women, right? Ah well they all had their ups and downs.

"No point getting all sad over some crap I say. After all, what do I know? If you got shikai at such a young age you're doing something right and didn't even need help to do so. Getting all caught up by what other people think or want is stupid, if you wanna be a captain then try for it. You're a member of the Gotei and a shinigami too so there's no reason for anyone to cut your head off no matter who you are!"

Jeez. He went a bit more harsh than he had meant to with that but sometimes you had to be to the point and poke at a person's vulnerabilities. Maybe it was a bit too public unlike when he and Arkin confronted Murasaki's own all those years ago but maybe it'd be good for her to not think about what all these idiots around them thought for one moment.

BAMBIETTA BASTERBINE | SUBSTITUTE SHINIGAMI
It actually caught Bambietta a little bit off guard to hear Alastor speak so forcefully to her, especially in a way that was...well, supportive, more or less. She didn't hear things like that often, and even if he was being a little harsh, it was still nice.

"Yeah... I mean, I guess. People up here always seem a little touchy about stuff like that. I got here on pretty thin ice, one step outta line and it was right back to prison, so I don't really make waves or anything."

Still, a bit of confidence had returned to her voice, even if it was very much a far cry from her usual boisterousness. She at least was willing to open up to the closest thing she had to a friend, if nothing else.

ALASTOR
"If you keep looking at yourself like you're the criminal then you might as well go back to being one."

He chided her and took another bite, it was just how he thought though. The same way if he kept looking at himself as nothing but a second-rate sham of a shinigami that got here through unfortunate circumstances then he'd still be that. He'd never have achieved shikai if he kept thinking like that or became as strong as he was.

In a way he kind of took that leaf out of Murasaki's book, she saw herself as more than what people did and wouldn't accept that. Neither should anyone else be it Bambietta or another person.

"Don't really know what you did and don't care but you should because at the end of the day your own opinion of yourself should be the only one that matters."

BAMBIETTA BASTERBINE | SUBSTITUTE SHINIGAMI
Had anyone ever told her that? Maybe. She was pretty sure plenty of people had told her to be independent or the like, and she'd definitely heard it around that it was best to not care about what other people thought. But had anyone ever said it directly to Bambietta Basterbine?

It wasn't the most direct way of stating her intentions, but if nothing else, it was definitive. Bambietta wanted to leave that life behind. All of it, honestly. It never made her happy, and sure, she wasn't happy up here, either. But she probably could be, if she tried to. No, not probably. Definitely.

There was no "I guess," no unsurety in her voice. Admittedly, she knew it wouldn't be as easy as simply deciding to, but it was something. She didn't want to stay like this forever. Taking a long sip of her third beer, Bambietta tried to think of where she ought to start. It was kind of hard, wasn't it?

"Thanks for coming today. I'll try to be a little less annoying if we do it again."

ALASTOR
Giving a nod of approval at her answer even if he had just said that she shouldn't seek it or regard it when compared to her own. It was always nice when people didn't just toss advice you gave them to the wayside. Jeez, he sounded old didn't he? He kind of hated it but everyone had to grow up at some point or something stupid like that.

"Good, and don't worry if you get annoying I'll just tell you to shut up for a bit. Anyway, about time I got back to work. If I disappear too long my captain could screw up and pin it on me."

He said it as a bit of a joke, Elyss was not as bad as he gave her shit for but there was no current vice-captain after Arkin had departed for captaincy. He was really hoping that some bright spark would step up and let him do his own thing rather than get that extra responsibility but it wasn't looking promising.