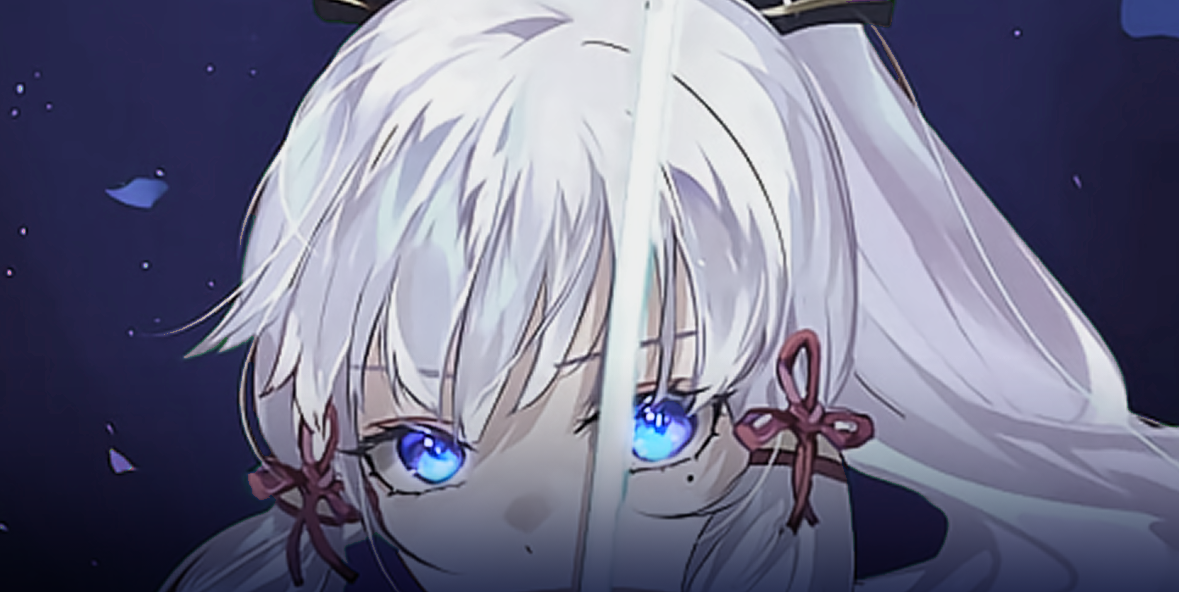 Silence as cold as the water running down her back rested on her sense as Katori’s several hour meditation took place, tightly gripping the handle of her Zanpakuto as she held the blade vertically out in front of her, eyes half shut as she kept her breathing stable. She hadn’t managed to lower herself into the pool of deep concentration, kept somewhere just out of reach, maintaining her concentration and calm even as she felt the phantom stabbings of her spirit digging into her flesh.

“Your indecision is becoming annoying,” It’s calm yet sharp voice hissed in her ear, it’s goading comments becoming more frequent as the spirit prodded at her, “You keep up that pretty facade even if it’s long worn it’s use. The sweet polite girl play isn’t gaining you much favor anymore, girl.”

Her hands tightened around the blade, to the point it caused the blade to shake somewhat from the tension. Though her eyes remained fixated on the blade as prior, her teeth clenched.

“You earnestly believe you can hide behind the doddering noble girl who means well look while your spirit withers?” The sensation of those thorny vines on her body only tightened, “Are you that shameful of who you are?”

She barely winced at the pain, keeping her position as her Zanpakuto taunted her, wanted to get a rise out of her, “You’ve paint yourself like prey to hide your fangs and claws, it’s so miserable to witness at times. Your little play offends someone, you smother them in apology. Your little friend sees through you, you cling to your role harder. You lay, belly up, soft parts exposed to that woman, and you do nothing but bleat like a scared little lamb, because that is what you are expected to be, yes? A delicate little lamb, vulnerable to the wolves that crave you. Bravo, you sell pathetic well, but everyone is growing tired of the show.”

Katori was unsure of if the liquid sensation running down her pale skin was water from the trickling falls she sat under, sweat from the situation, or blood from the thorns, but she still did not break her pose. She did not give her spirit a response, but it’s words were being considered.

“You and I both know you are no delicate little flower. Where’s the girl who endured her torment? Those long hours of exhaustive dance? The filth who couldn’t keep their hands away? The beatings? Every little dig at you did nothing but fuel that hatred, that desire to take back, to survive. Where is the girl who ran from her shitty life, feet bloodied, body falling apart, mind hazing apart from one, single, idea - ‘I refuse to die’? You can’t earnestly say you’re dead, Meri-”

Stone became wood, the atmosphere changing from the calm cool spring to the oppressive air of her inner world, her sword piercing into the olive floorboards as Yokudansui’s form narrowly coiled around to avoid the strike, those red eye-like forms glowing smugly at her from their nests of pale petals dotting an endless stream of dark, thorny vines, the woman’s pale eyes colored with a flash of hatred as things came to a boiling point.

“Ah, there’s the girl I entrusted my name and power to.” There was a satisfied tone to that odd, layered voice, “Was almost afraid you had gone completely away.” A fib, of course; if that were true their communication would have suffered.

“Shut your damn mouth.” A foot would come down to crush one of the tendrils against the floor, not even shooting pain of a thorn embedding itself deep in her foot was enough to stop her, “You can’t just let me leave those memories behind, can you?”

The array of red eyes shifted to the side in unison, it’s faceless expression communicating an ‘Oh, I don’t know’ sort of look, “Perhaps you’re the one who can’t leave that life behind you, after all.”

A chiding chorus of giggles followed that, the flowers hanging above and around her shuddering in glee as they stretched down to coil her body, whispering in her ears, “Do you even know what ‘normal’ means? What is this role you crave to be so much?”

“Like everyone else!” She’d snap back, swinging her sword to cut the vines, but the usual oppressive presence of the spirit could not be silenced, more vines simply growing in the loosed one’s places, “Just… Normal!”

“Really?” Some giggles grew into small laughing fits, like an audience that was told a bad joke but can’t help but let their funnies loose, “You just want to be another dull, brainless face in the crowd, mindlessly going along and working the toil til you perish? How sad.”

“Then what do you really want, Katori? What role befits you?”

“I don’t fucking know, okay?!” She practically screamed as she swung her weapon about with tact even in her distress, “I thought I had it together, but I don’t! I don’t know what the hell to do with myself or where things are going apart from just acting like I had my shit together!”

“There we go~!” Joyous cries accompanied the cooing statement, the advancement of the bothersome tendrils ceasing, “You’ve finally said it. So what are you going to do about it, girl?”

Her attacks slowed to a halt, her grip so tight the sword may as well have been a part of her body even as it lied still and straight, her gaze casted away,

“Something different, I guess,” She’d grumble in response, “I don’t know.”

“As long as it gets you closer to living your truest desires,” The darkness was closing in, the curtains drawing, “you can fall on your pretty little face one-hundred times.”

And then, she was left alone, sword drawn blade up even as she remained in her otherwise relaxed pose atop the rock.

Some conversations were needed, she guessed.