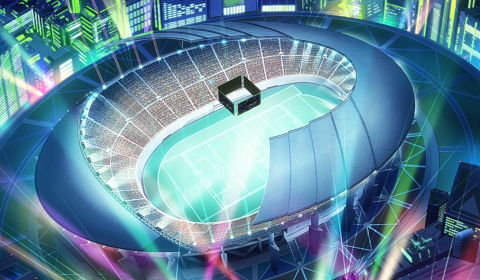 BONDS OF BLOOD
This is a no-holds-barred match to knock out, concession, or disqualification. The arena is assumed to be sufficiently sized for combat, a 25m square raised pavilion inside of a larger 100m square field. Outside of this 100m square field is a 10m buffer zone for the purposes of ring-out. Beyond this buffer zone is a barrier erected by the Gotei Captains Kuchiki and Urahara, so assume it can withstand all but the most absolutely extreme destruction. Combatants will begin the match each on one corner of the raised pavilion.

Breaking these rules will result in a combatant being immediately rendered unconscious by way of Binding Contract with Albedochiffren Director Kishar.

In the right corner: Todgestalten of the Vandenreich, Lukas Ätherisch.

LET'S HAVE A GOOD CLEAN FIGHT

There was a lot going on in her mind. Of course she'd volunteered to be a part of this little event. After hearing what had happened, there was a heavy weight settled in the center of her chest this whole damn time. And no doubt, she knew the name was in SEVERAL peoples minds who were around long enough to remember it. Kurosaki. She'd seen the damage that he'd purportedly caused, even though some small part of her didn't want to think he could have done it. But she had to shut all of that out for now, as she stepped out into the bright lights and the roaring crowds.

Man....how long was it.... a hundred years since her last competition on earth? A bit more than that if she thought about it. But somehow, it felt like it was just yesterday. That familiar feeling of so many eyes on her. The thrill of hearing her name blared out like that, a brief glance up to one of the display screens at both their names being lit up. Atherisch.... certainly an interesting last name. She made her way to the Pavillion in the center and stopped at the center, bringing her hands together. One an open palm, the other a closed fist as she gave a respectful bow to the man she'd be fighting.

"Arisawa Tatsuki. A pleasure to meet ya. Let's have a little fun, yea?" She grinned, her tone just as fierce and amped up as she was. A little excited to see what sort of abilities this guy had. She hadn't seen a quincy fight in ages. Now she'd get a front row seat.

The stink of alcohol pouring off a grunt as he stepped forward and onto the stage, hangover nursed beneath a half bottle of pills. Whistling loudly as he entered the arena, taking a half step in circle as he'd move towards the pavilion.

Pissed or not, the outcome was impressive.

"One way to put on a show." the man's gaze slipping to the display.
Still can't believe we're doing this. A shinigami? And I'm NOT supposed to kill'em? Fuck have things come to. Shaking his head, Lukas climbed the incline, pacing towards the center. Stretching his sanrei bound arm across his chest, he'd stop in front of his opponent. A silver gaze settled on the fiery woman, arm dropping back down as he responded in kind.

"Lukas. Don't disappoint, I've already brawled too many limp-dicks lately." A half scowl, half grin - all teeth. For the time, Ichigo was out of his mind - but not how much he wanted to kick the shit out of someone.

Tatsuki smirked a little and narrowed her eyes as she watched the guy walk out into the arena and look around with ...disdain? Man, what a way to luck out with an opponent that was pissed eh? She couldn't help the way her smile widened as he gave that sharp retort to her attempt at sportsmanship. She wasn't unfamiliar with these types either to be honest. But hey, nothing like a little banter to get the crowds going eh?

"Hm, I dunno, you seem kinda strong." She mused.

She took a nice, slow breath and her spiritual pressure all but disappeared. Soothing her heart rate until she almost seemed to drop right out from existence. And had Lukas not been looking directly at her, he might have even believed that she had vanished entirely as she eliminated her presence. In the very next instant, her body didn't budge an inch, she simply seemed to appear at his side, a shunpo using the absolute minimum movement without even the sound that a shunpo usually made, the only change being a hand that was raised, her fingers primed for a flick which was executed on arrival. All of her body's energy flowed into her fingers just before they flicked.

Two things would happen at once. The sound from that silenced shunpo would suddenly slam into Lukas in a concentrated wave, Tatsuki's own Roaring Shunpo, confining the noise rather than cancelling it completely. She pulled it back, not wanting to pop the man's eardrums, but the sudden sound would be deafening. And immediately after, a shockwave would rip towards him and aim to launch him away and barreling into the dirt with terrifying force. Oni Dekopin. A Hakuda technique meant to send opponents flying with the flick of a finger. If Lukas was on the weaker side of things, it'd be more than enough to launch him skidding along the arena and throw him clean out of bounds and probably drive him into the Kido barrier surrounding the arena with enough force to shatter his ribs.

But hey, if he was talking that kinda smack, she trusted he'd be able to take it better than that.

He'd recognize the quelling of the woman's spiritual pressure, although what for he was alien to notice. Whatever intention she had, he concluded fairly quickly that standing in place wouldn't be the best form of action. As her energy faded, a blister of reishi pooled underneath his foot, firing into a hirenyaku as she'd appear out of nothing.

It lacked in speed compared to her shunko, although his own legwork made up for it well enough. A direct zip sideways, turning with a streak of silver as he spun to face her initial rush. The noise rattled against the inside of his head, a deep scowl forming. If I could just kill her, this would be easy. Push into the assault, pierce the heart. Take whatever damage and get this done with. Bullshit rules.

Speaking to his lack of preparation, Lukas was still considering how to approach the situation as she unleashed a shock wave. Without many options at hand, he continued to move, another burst of reishi underneath his feet as his knuckles tightened. The air pressure still blew his hair backwards, a low whistle as he lowered his stance, drawing the sanrei bound arm back. "Sneak attacks work better when the target's not looking at you."

His sword began to form after he moved, a full sprint to the shinigami's right. The tip first, then the edges; an assault forming out of three distinct strikes as he'd aim to close back on the distance. Sharp, but not fully empowered in the first, a stab at her ankles. Following it'd increase in intensity with the second, tip becoming more visible as he aimed towards her center. The third, most capable would be a quarter step around, aiming towards whatever blind spot he could muster, if any. At best, he was hoping to inflict some lasting damage, at worst figure out the range of her movement.

Definitely don't want to get hit by whatever that was. Gotta figure what I'm working against though, bitch is faster than I thought.