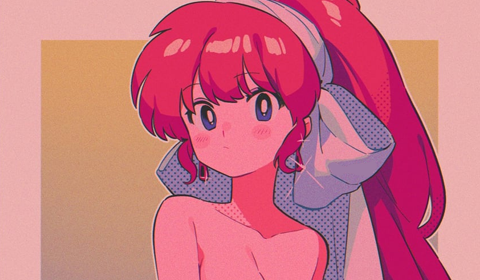 SAWACHIKA NAO
"Well, Father never would've been able to make you without Mother. The pride of the Sawachika is not in just ourselves but what we make! Nothing Father can make will ever make his heart swell with pride like you because you'll carry on the legacy and make even more wonders!"

She said assuredly. Even all her hard work in her life wouldn't compare to the joy she'd feel when she had a child that she could raise with the same principles that she grew up with. It was the difference between a house and a home.

This estate was just a building but it was their home more importantly.

"I get it, I think. If I just make things, it'll only be for me. So I need to find a wife and make a family to carry on the Sawachika pride, right?"

He was pretty sure he understood what Nao had said, but he could have been entirely wrong. He was a smart enough young man to know that he wasn't completely infallible.

SAWACHIKA NAO
"Yep. You can embody it all you like but if you carry it all by yourself and then pass away, who is there to carry on that pride afterwards? You should aspire for great things for yourself Kyo but I'm sure when the day comes you'll have a child and the ability to pass on everything you've learned will be its own kind of satisfaction unparalleled!"

She declared with triumph, of course she was still young herself so maybe it was a bit early to be acting all sage-like but she was sure that she had grown enough to proudly declare these things with such confidence.

"So make sure you work really hard right? You won't earn a lady if you're not willing to dedicate yourself to her one-hundred and ten percent, got it? A Sawachika won't do less, only more than that!"

SAWACHIKA KYO
Kyo was certainly too young to consider the fact that Nao was probably not qualified herself to be giving such sage wisdom, and so as far as he was concerned, it was the best possible advice he could be getting. Nodding as he leaned into his elder sister's embrace, he continued to think about the future, with about as much foresight as one could realistically expect of a child his age.

Maybe a harsh way to word things, but the simplicity of youth did give a certain clarity, if nothing else. Besides, he wasn't wrong. It certainly didn't sound particularly good to be stuck with a woman who didn't want the same things as he did out of life.

SAWACHIKA NAO
"That's a good way to approach it! That's why I'm not married, none of these guys can keep up with me!"

So with her approval at his statement she planted a hand on her little brother's head and gave his hair a ruffle. That's the spirit she liked to see out of her siblings. She was sure he'd grow up big and strong with that kind of attitude but for the moment he could take a bit of a break.